Eliot Brown and Maureen Farrell ask if WeWork was "an outlier, or was it simply the most vivid example of a cultural rot that had formed within twenty-first-century entrepreneurial and investment culture?" 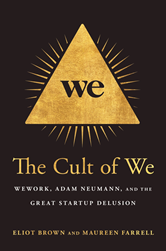 The Cult of We: Wework, Adam Neumann, and the Great Startup Delusion by Eliot Brown & Maureen Farrell, Crown

Reading The Cult of We, I found an experience in Adam Neumann’s childhood that presaged his company WeWork. At age eleven, he moved with his mother and sister to a kibbutz in Israel. As the community’s finances faltered, they closed the free cafeteria that served everyone who lived there and turned it into a co-working space. Co-working space (office space subleasing, to be more precise) was, years later, what Neumann would get rich offering, but his company’s finances were more than faltering. It bordered on fraud, even as the investment environment it existed within encouraged the extravagance and unbridled (and unfounded) optimism that lurked behind it. As many were touting it as the best thing since sliced bread, and pouring in almost unfathomable amounts of money into WeWork:

But somehow, investors kept pouring more money into the company. Which leads Eliot Brown and Maureen Farrell to ask:

How did capitalism contort to view something so inherently simple—real estate—as a disruptive tech company valued higher than Fortune 500 companies like FedEx? Was the WeWork story an outlier, or was it simply the most vivid example of a cultural rot that had formed within twenty-first-century entrepreneurial and investment culture?

Judging from the proliferation of such stories—and books like Bad Blood about Elizabeth Holmes and Theranos, and The Key Man about Arif Naqvi and Abraaj—I believe it is undoubtedly the latter. Each story had a charismatic leader at its head, espousing ideals and claims of benefiting the wider world, who in the end only enriched themselves. With the many billions squandered, it’s hard not to feel that the money would have been better spent simply feeding people in communal kitchens. $3,000 a minute, or $1.6 billion a year being poured into that would have at least led to actual, literal human growth, rather than vanishing into thin, rarified air.

Dylan Schleicher has been a part of Porchlight since 2003. After beginning in shipping and receiving, he moved through customer service (with some accounting on the side) before entering into his current, highly elliptical orbit of duties overseeing the marketing and editorial aspects of the company. Outside of work, you’ll find him volunteering or playing basketball at his kids’ school, catching the weekly summer concert at the Washington Park Bandshell, or strolling through one of the many other parks or green spaces around his home in Milwaukee (most likely his own gardens). He lives with his wife and two children in the Washington Heights neighborhood on Milwaukee's West Side.
View more 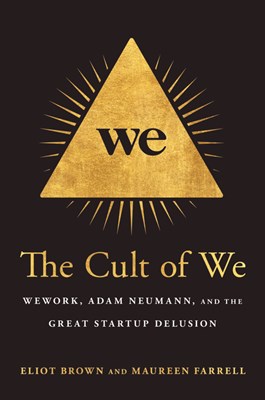