Dr. Gwen Adshead offers an honest and profound look at what it takes to unpack violence in individual situations rather than from statistics, and how the work she puts into it teaches her about her own mind and emotions too. 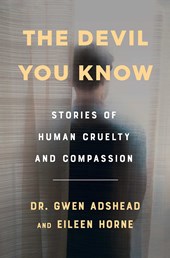 One of literature's greatest powers is its ability to put us in someone else's shoes, where, poetically, we can glimpse another shade of experience in the gradient of human life. I fear that if we aren't actively interested in learning about other people's lives and experiences, the world starts looking a little too black and white, good and bad, right and wrong.

When someone does do wrong, others hope for the wrongdoer's punishment to alleviate their pain and set an example to prevent other injustices. While we can read plenty about how the criminal justice system is controversial, criminals themselves are more difficult to understand and to be open to understanding. In The Devil You Know, authors Dr. Gwen Adshead and Eileen Horne eloquently and accessibly describe the complexity of the human brain as well as Adshead's own experiences as a forensic psychiatrist and psychotherapist in the UK, providing therapy to criminals.

Over the years, I've come to think of my patients as survivors of a disaster, where they are the disaster and my colleagues and I are the first responders.

The Devil You Know will completely transform your experience of watching and reading true crime stories–unraveling a murder mystery plot pales in comparison to unraveling the experiences and thought processes of a human being. By beginning with Adshead’s earliest days learning and practicing psychotherapy, the reader will likely see their own qualms and questions mirrored in her storytelling as she eases into the experience of speaking to and treating criminals. With each new patient and the progress she makes with them, it’s clear how individually each situation must be handled and the great amount of time and learning that Adshead and other psychotherapists must put into the practice.

We learn about the often traumatic pasts of a handful of Adshead’s patients including a depressed and insomniac man named Tony, an East African man with paranoia and PTSD named Gabriel, and a suicidal Muslim woman named Zahra as we see Adshead lead them towards hopeful futures. While it may be correct to say these people are serial killers, murderers, arsonists, stalkers, and otherwise, these criminals are much more than their crimes, and I'm thankful that Dr. Adshead shares their and her own vulnerabilities with us.

Adshead points out the positives of psychiatric hospitals and the various treatments possible as more just alternatives to the excessive sentencing and charging practices that currently exist. Excessive is not a dramatic choice of words either, since the U.S. jail population has tripled since the 1980s. We get a first-hand look at the blindspots in the criminal justice and healthcare systems when it comes to equality and inclusivity. For example, when assessing a Jamaican woman with paranoia and schizophrenia:

Ascribing mental illness as a motive for murder may be the easiest response in a society that is ambivalent about women’s capacity for violence and wants to both condemn and excuse it in a way that doesn’t happen for men. It struck me that the psychiatrists who had examined Kezia after her arrest had probably focused on her obvious symptoms of mental illness, and not so much on her psychological experiences as a young woman who’d migrated from another country and culture.

Adshead offers an honest and profound look at what it takes to unpack violence in individual situations rather than from statistics, and how the work she puts into it teaches her about her own mind and emotions too. Pick up The Devil You Know the same way we should strive to approach anyone no matter their background–with curiosity rather than contentiousness. 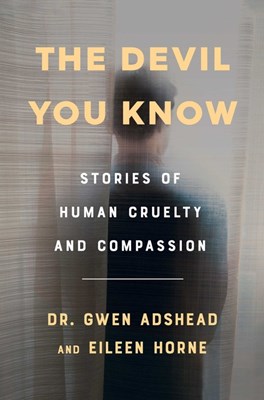