Jelani Cobb reintroduces us to a neglected report commissioned by Lyndon B. Johnson in the 1960s about unrest in American cities—and issues of economic inequality, race, and policing that created them—that is both sadly relevant and illuminating to us today. 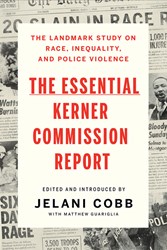 The Kerner Commission was created by President Lyndon B. Johnson in July 1967 to study the urban uprisings that had occurred over the previous three years in cities across America—why they occurred, who was involved, and what could be done to prevent them in the future. The bipartisan Commission, consisting of an equal number of elected Republicans and Democrats, issued its report in March of the following year, finding that (in a nutshell) they were caused by a chain of “discrimination, prejudice, disadvantaged conditions, intense and pervasive grievances, [and] a series of tension-heightening incidents.” It is a chain that has added many more links since then.

As Jelani Cobb reminds us in his introduction to this new edition of Kerner, “Martin Luther King Jr. was assassinated the following month, and more than one hundred American cities exploded into just the type of violence that the Kerner Commission had sought to understand if not prevent.” And then, just last year, in the middle of a global pandemic, after video of George Floyd’s murder at the hands of police in Minneapolis were unveiled across our many screens, protests erupted in all fifty states and across the world. As Cobb writes:

We hear George Santayana’s dictum that “those who fail to learn from history are doomed to repeat it” quoted with eye-rolling frequency. But Kerner establishes that it is possible for us to be entirely cognizant of history and repeat it.

In one sense, perhaps that is hopeful. We have made some progress in the past, and it is essential that we repeat that progress, then regenerate and sustain it. The accounts in the report of the unrest and violence in communities across the US in the 1960s sound different from the protests of today, and mostly in a positive way. But with regards to the underlying conditions that created the uprisings—unequal access to quality education and employment opportunities, affordable housing, police brutality and the killing of Black citizens—it seems not much has changed.

And the response to protests after police shoot someone in the community? Well, first and foremost, it’s more police. And far too often, that’s the end of it. Cobb explains how, as the tax base and government resources drained out of central cities after World War II when white populations flooded into newly created suburbs that were mostly off-limits to African Americans, the “police became the only well-funded and omnipresent state institution in inner-city communities.” And even back in 1967, according to the report, after uprisings “In several cities, the principal official response has been to train and equip the police with more sophisticated weapons” rather than address the underlying discrimination against and neglect of those communities. And so, by the time Ferguson erupted after police killed Michael Brown in 2014, the scenes of heavily militarized police responding may have come as a shock to many, myself included, but would not have come as a surprise had we been paying closer attention. And even when the obvious brutality involved in Floyd’s murder opened more people’s eyes and hearts in 2020, eliciting greater empathy and support for change from a wider swath of the population than ever before, the response from police out in the streets across the country was the same, and again heavily militarized. Against charges of excessive force was a display of even more excessive force. At a time the country lacked adequate stores of personal protective equipment for healthcare workers, police seemed to have an abundance of riot gear and teargas ready at hand. If you lived in or near a major urban center, you likely heard helicopters overhead at all hours of the night and day monitoring the movements of protestors for weeks. Why? Are they scared of actual social unrest and violence, or of the possibility of social change, of equal justice and opportunity? Because, even back in 1968, the report concluded that, in the protests:

"[T]here was no attempt to subvert the social order of the United States. Instead, most of those who attacked white authority and property seemed to be demanding fuller participation in the social order and the material benefits enjoyed by the vast majority of American citizens."

But, as wages stagnated for the middle class, the material benefits that the vast majority of American citizens once received have not kept pace with what they once were, leading to a phenomenon—white grievance—we now see powering the politics of one of our major political parties and a backlash against social and economic justice movements, even against restrengthening the social safety net. But the decimation of the postwar social contract and removal of the social safety net for all Americans has been a decidedly bipartisan project over the past forty years, and while it has hit white America, it is a disinvestment that has hurt historically underserved, inner city communities that never enjoyed those benefits the most. One could also argue that the “white authority” mentioned in the report—indeed, white supremacy—was and is still a big part of the social order that must be deliberately undone by public policy, and that a surefire way to create more social unrest and political instability is to undermine efforts toward greater equality. Indeed, empty calls for “law and order” have often been used as a racist dog-whistle against the Black community, even as the people who use it are actively attempting to undermine our democratic institutions and social norms, to ignore or corrupt the very rule of law they swore to uphold in more pernicious ways for their own political and/or financial gain. And the only reason they are able to still use such law-and-order rhetoric is because the conditions that create crime and unrest in metropolitan areas have been allowed to persist, because sustained actions on the suggestions of The Kerner Commission Report and others like it have never really been taken.

Soon after the report was issued, an illiberal era in government took hold that spanned most of the next four decades. So, while some of the language the report uses to describe the populations, neighborhoods, and circumstances of the central city are not politically correct today, little else has changed. The argument against such political correctness is understandable to some degree, but it also masks uglier attempts to undermine our ability to actually correct our politiics and policies by addressing these issues. And so, one line from the report that sticks out to me as strikingly relevant in our present moment is:

“To pursue our present course will involve the continuing polarization of the American community and, ultimately, the destruction of basic democratic values.”

In addition to that sentiment, the Kerner Commission’s many recommendations are still relevant today, which is unfortunate in that it has been over 50 years since it was issued. Had they been heeded before now, perhaps we would live in a more peaceful and prosperous nation. But it also means that the suggestions and remedies the report offers are still there, ready to be utilized, and Jelani Cobb has done a great service by bringing it back into the conversation with this new edition. 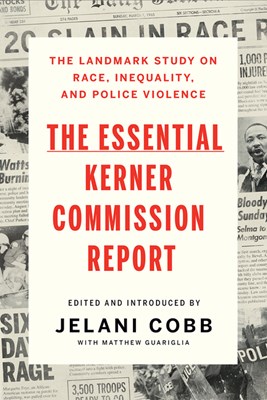