The Long Game: How to Be a Long-Term Thinker in a Short-Term World

Dorie Clark's new book is, “intended for professionals who want more out of their lives and work, and who are willing to take the harder path to get there.” Contrary to popular belief, that does not require moving at exponentially faster speeds, but in slowing down and being more conscious of what we devote our time to. 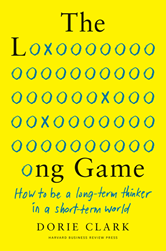 The Long Game: How to Be a Long-Term Thinker in a Short-Term World by Dorie Clark, Harvard Business Review Press

In the opening pages of Dorie Clark’s new book, she shares the story of her editor at Harvard Business Review Press writing to confirm that they were interested in her new book about the importance of long-term thinking in a world ravaged by our society’s collectively narrow psychological focus on the short-term. The email arrived at a time when the world was about to be upended, ravaged anew by a more physical threat. It was the day before the first case of COVID-19 was confirmed in New York City. Soon enough, the city was in lockdown and she questioned if the very idea she had come to the table with—the need to focus on the long game—was even relevant anymore. It turns out to have been more important than ever.

The pandemic has been a double-edged sword, trapping us in nearly constant worry about the next news to drop, the next thing to do, while beckoning us to rethink everything. And that feels like a metaphor for so much of our lives. As Clark writes in The Long Game:

The truth is, none of us can predict the future. But we can identify goals we want to head toward, or potential vulnerabilities we want to avoid.

Those could have been the words from almost any public health expert over the past two years, but Clark’s words here are, as her entire book is, “intended for professionals who want more out of their lives and work, and who are willing to take the harder path to get there.” Contrary to popular belief, that does not require moving at exponentially faster speeds, but in slowing down, in clearing time on our calendar for white space rather than stuffing as much as we possibly can into it. Yes, Clark writes:

We need to be nimble, and adapt when circumstances change. But long-term thinking is what undergirds everything and enables us to make those adjustments.

The very reason Clark was in the position to write this new book was that she had been playing the long game, cultivating a writing and consulting career for years—even when it felt like she was making little progress, even when her patience was wearing thin, as she admits it often did. She freely concedes that she hates being patient, but you’ll learn why it was (and is) worth it. The other thing she hates is information hoarding, so she lays out all she knows in this book, all “the key concepts and strategies that undergird the process of long-term thinking” that she’s uncovered in her own life and her work with others. And if you think you don’t have time, wait until you read about the rigorous schedule Clark once submitted herself to, and how important to her current success it was to come up with strategies to reign it in. She shares all those strategies, and more, in The Long Game. 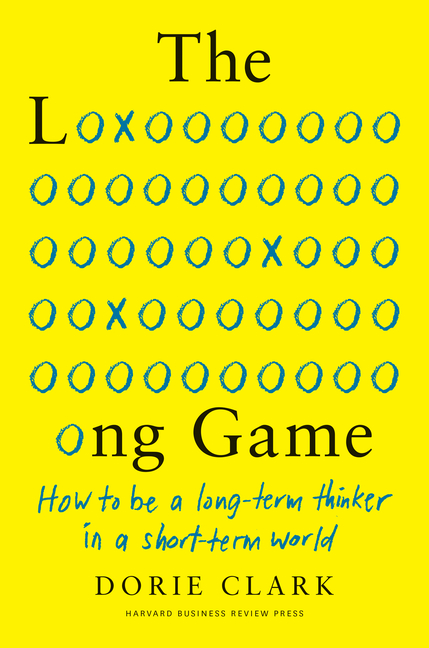 The Long Game: How to Be a Long-Term Thinker in a Short-Term World