Sahil Lavingia reminds us that there is more than one way to found a startup, and that the way it's done in Silicon Valley may not be the best or most sustainable way for most entrepreneurs—or for the world. 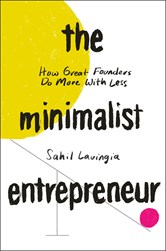 The Minimalist Entrepreneur: How Great Founders Do More with Less by Sahil Lavingia, Portfolio

The rhetoric around entrepreneurship has been rather hyperbolic for quite some time now. So much of it has been about changing the world, putting a dent in the universe, the need to think about and solve big human problems by starting a business—even if all the business is doing something akin to developing a shirt for men that looks good when it’s untucked. Meanwhile, the Silicon Valley culture that spawned such high-minded rhetoric has produced plenty of behemoth companies that really have changed the world so much (in a way most of us aren’t convinced has been at all for the better) that it’s probably time to dial it back a bit—not only the language we use but the predominant business model that surrounds it. Maybe it’s time for a more minimalist entrepreneur movement. It is a phrase coined by Sahil Lavingia, though until he named it in his new book, it is not a term he would have applied to himself.

It is unfortunate that this kind of thinking is even considered unusual in some spheres, but the very definition of an entrepreneur has become so tangled up in the narrative of individuals attempting to build Silicon Valley unicorns that the very basics of business—like being profitable—are often seen as an anachronism. Lavingia knows this better than most, because he tried the path of the unicorn, raising millions from VC firms on Sand Hill Road in an attempt to build his company Gumroad into a billion-dollar business. After burning through the venture capital he had raised, having to lay off most of his staff, and moving out of San Francisco, he eventually realized that the problem wasn’t the company, but him, and the idea that he had to build his company according to the VC/IPO playbook. When he stepped away from the “white-hot epicenter of venture capital,” he realized that what he had done was build a profitable company that helped people.

We can bemoan that a book like this is needed, but it clearly is. The mindset shift it offers will be helpful to many. And even for aspiring entrepreneurs who are already like-minded, it is a manual that will prove useful in getting off the ground and staying focused on what matters most. It profiles many others who have taken this path, and while VidaliaOnions.com may never grace the front pages of the business pages, people like founder Peter Askew are building businesses and a community of passionate customers by focusing on serving them rather than investors. The book is a great reminder that you have a choice in what kind of business you want to build, and gives you many of the tools you need to build it. 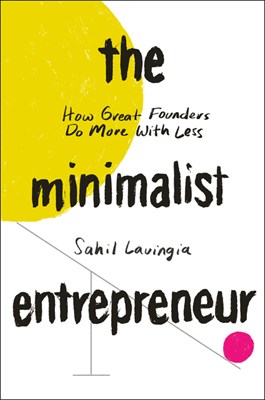