Stephen Kurczy, a journalist who ventures to this small town looking for some silence of his own, finds a reality that is rarely known in today’s modern world. 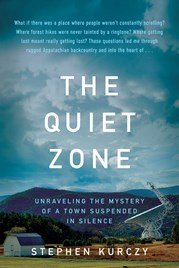 The Quiet Zone: Unraveling the Mystery of a Small Town Suspended in Silence by Stephen Kurczy, Dey Street Books

Green Bank, West Virginia is known for being a “quiet zone” in America, home of the Green Bank Observatory, where scientists study the universe (and extraterrestrials!) with the latest technology. Residents of this small town go without digital access or any devices emanating radio waves that would interfere with the observatory’s research. Stephen Kurczy, a journalist who ventures to this small town looking for some silence of his own, finds a reality that is rarely known in today’s modern world: A place where time seems to be a decade behind and people still invite you over for dinner. A place Kurczy describes as reminding him of the small mountain town in the cult classic show, Twin Peaks.

Others believed fantastical things happened in the Quiet Zone, that it was a transcendent place where space-time cleaved open and spirits from another dimension entered our world.

This way of life, free from the constant connection to the digital world, invites certain individuals wanting to connect with nature and to live a simple, off-the-grid existence. Kurczy also meets an array of individuals in Pocahontas County ranging from doomsdayers, KKK supporters, families and couples looking for peace and quiet, and a government employee solely in charge of the entire town's radio wave usage. After spending months in the town and building relationships with the locals, Kurczy begins to unravel another story: How locals speculate what is actually going on with the Observatory in their town and the one nearby, in Sugar Grove. Many conspiracy theories arise as he talks to locals, unveiling a whimsical look at their town and stories of what goes down in the underground tunnels.

Locals speculated that Green Bank’s telescopes were anything and everything from a front for CIA operations to a cover for missile silos. After all, was it just for the sake of science that the facility operated as a self-contained village with its own water tower, airport runway, residential village, machine shop, and independent plumbing and electrical system backed by diesel generators that could supply power for weeks? 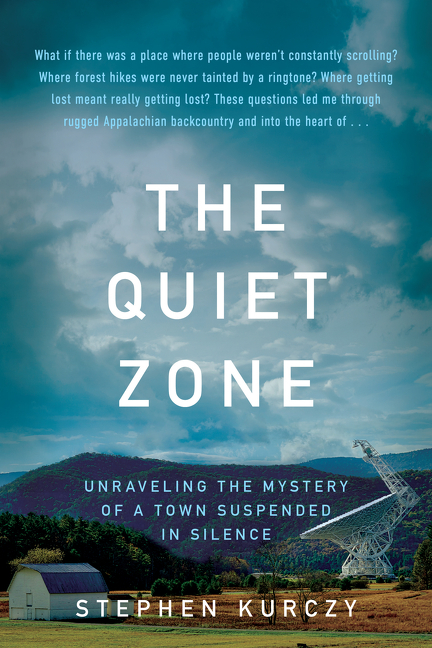