Cornejo Villavicencio hands us a portrait of the continuous fight to exist in an America that thinks you are anything but American.

I just finished The Undocumented Americans by Karla Cornejo Villavicencio. Folks, I finished this book in a day and a half. I haven’t read a book that fast since elementary school.

Cornejo Villavicencio hands us a portrait of the undocumented population in America, painted through the lens of an undocumented person: herself. With brutal honesty and deep-set compassion, she gives us a glimpse into what can only be described as a continuous fight to exist in an America that thinks you are anything but American.

She also shares her struggle as a journalist with skin in the game.

I am not a journalist. Journalists are not allowed to get involved the way I have gotten involved. Journalists, to the best of my knowledge, do not try to change the outcome of their stories as crudely as I do. I send water. I fight with immigration lawyers. I raise money. I make arrangements with supernatural spirits to stop deportations. I try to solve shit the way an immigrant's kids try to solve shit for their parent because these people are all my parents, I am their child, if I wasn't their child—and I was their child—I should be patented and mass-produced and distributed to undocumented immigrants at Walmarts. I am a professional immigrant's daughter.

This book was beautiful and heartbreaking and honest and colorful and very, very blunt. Cornejo Villavicencio was protected under Deferred Action for Childhood Arrivals (DACA) when she decided to begin writing this book right after the 2016 election, penning her work under her own name for the first time. It narrates the stories of undocumented immigrants in America and shines a poignant light upon the struggles they face every day—ones that many of us are unaware of. There is a stark contrast between the blinding, aggressive headlines we see daily that label immigrants as “intruders” or “distinctly un-American” and the more nuanced lives of those not under DACA that we know to exist but are not publicized.

Cornejo Villavicencio wove comforting and sensitive reporting with honest and cold truths that opened my eyes to the realities that undocumented people face every day. For example, half of the undocumented population pays into Social Security yet none are eligible for the benefits. Many workers at Ground Zero on September 11th were undocumented, but may not be able to be recognized by the September 11th Victim Compensation Fund. This is due to a lack of paper trails and business owners refusing to release the names of missing people for fear that they will be fined for employing undocumented laborers. I’ll admit that I don’t know a lot about immigration statuses, DACA, or living undocumented. This book was not a replacement for educating myself but rather a wake-up call that told me I needed to learn and read and listen much more than I do now.

The stories are told in six chapters, each representing a city in the US, covering places from Flint to Ground Zero. It’s a tough read and it warrants a trigger warning for mental health, but it is, in my opinion, incredibly worthwhile.

Lauren Kohlenberg is an AmeriCorps alum and a graduate of UW-Milwaukee with a degree in Information Science and Technology. She is 1/2 of the IT department at Porchlight, and she feels right at home working with both tech and books. Lauren has always been an avid reader and loves getting lost in a good story. Outside of work, Lauren makes time for travel, fitness, and baking. She loves a good literary pun and is always on the hunt for the perfect chocolate chip cookie. 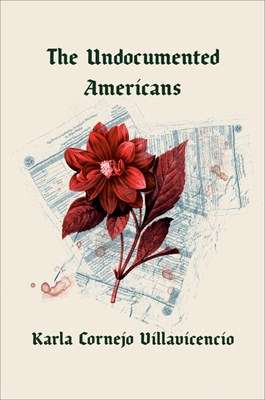