Through non-linear storytelling, Cai Chongda recalls his youth to young adulthood in 1980s China: his family, their homes, struggles with poverty and illness, his work and education, and the waves of Western influence on the village. 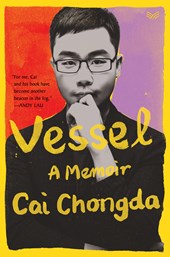 There are many layers to Vessel, and I’m still acclimating myself to the harshness of the memoir as I continue reading it. Through non-linear storytelling, Cai Chongda recalls his youth to young adulthood in 1980s China: his family, their homes, struggles with poverty and illness, his work and education, and the waves of Western influence on the village. Throughout the book, he slowly comes to terms with the many changes in his life.

It occurred to me that I treated my heart just like municipal planning officials had treated the town: in the name of development, in the name of building toward some future goal, in the name of respectability, I had been in a hurry to redevelop, demolish, and rebuild everything I held dear. There was no going back, for me or for the town.

His father passed away after eight years of illness and several strokes within about two years’ time, leaving Chongda as the head of the family; but the family’s struggles with money had already begun years earlier when he was born, the illegal second child who got his father fired from his state job and fined three years of grain rations. His thrifty mother secretly gathered the discarded odds-and-ends of vegetables from the market at night to combine with meatballs to feed the family. Despite the many challenges of their lives, Chongda’s family stubbornly keeps up the appearance of normalcy and even achieves it in the most difficult of places.

We were all actors, and we played our roles the best we could, but each of us felt how unnatural the whole production would have seemed to an outside observer. It was all so cheap and tawdry—more comedy than drama perhaps. None of us were professional actors, after all, and we were all frustrated and dissatisfied with the roles we had been cast in.

But the show had to go on. Even if we were playing to only one spectator, that spectator was life. Life does not sit quietly in its seat and take in the show; instead it jeers and glares like a harsh director, never satisfied, always quick to throw another plot twist into the script, demanding that we dig deep for our true motivation.

The ebb-and-flow of time and place in Vessel is sometimes difficult to follow but overall is enjoyable as it emulates the unpredictability of memories as Chongda unravels his knowledge of loved ones and ties them to all the experiences that have shaped who he is now. 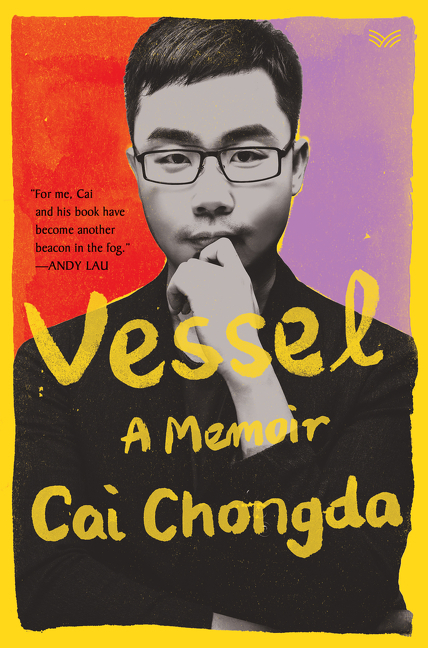