What book do you want to read again?

Here’s the books that surely will find their way back to the reading piles of our staff and board. Favorite books, books-over-our-heads, books that are seasonal markers for us… here are the books that surely will find their way back to the reading piles of our staff and board:

Roy:
There are so many… one main one would be Anna Karenina by Leo Tolstoy, mostly because I was reading it for class and loved it, so I would like to read it without a test this time around. I also have to mention Strangers by Dean Koontz, due to the great characters and brilliant writing. And I can always pick up an Agatha Christie novel no matter what it is!

Mel:
The Interrogative Mood: A Novel? by Padgett Powell. I just told a friend the other day that I never read books a second time. But, as I thought about what book I might re-read it would be this. I agree with The New Yorker review: “There’s not a whisper of a plot, but the torrent of queries is hypnotic.”

Michael:
Your Face Tomorrow by Javier Marias. It was the first work of his that I read and it was such a fun book. It's so mysterious and engaging both psychologically and viscerally. I am interested in revisiting it with more of Marias's work as some context, now that I've read a handful of his other works. The book also contains many references to Ian Fleming's 007 series, of which I'd read nothing before reading Marias, and have since read about half.

Shari:
The Once and Future King by T.H. White. Anything by Nancy Drew, just to see why I liked it so much as a kid. Beethoven by Maynard Solomon. And Herman Hesse’s Siddhartha, Demian, and Narcissus and Goldmund, to see if they would have the same impact 40 years later. It’s exciting to just think about these!

Sally:
The Lion, the Witch and the Wardrobe by C.S. Lewis. I feel like I tried to read it at too young an age and the difficulty of the read prevented me from enjoying the fantasy elements of the story while also blocking my understanding of the religious subtext Lewis threaded through the series.

Every Halloween I mean to re-read Henry James’s The Turn of the Screw, which I loved (as I loved all James) in college; I have yet to follow through.

Meg:
Totally agree with Sally’s pick of The Lion, The Witch, and The Wardrobe. I read it twice in 6th grade. It’s like I already knew I was missing something, but when you don’t know… you don’t know.

Ryan:
Claudius the God: And His Wife Messalina by Robert Graves, the sequel to I, Claudius.

One of the teachers who had the most impact on me was Dr. Michael Taylor, a professor at Marietta College in southeast Ohio. On the first day of a course I had with him my freshman year, he referenced a Robert Graves article. After class I asked if it was the same Robert Graves who wrote I, Claudius. It was, and that conversation sparked a year-and-a-half long friendship and provided me a much-needed mentor at a place far from home.

Anyway, I had a crappy paperback copy of Claudius the God that I got from the history office in high school that completely just came apart, pages scattered everywhere, and for some reason I never got a replacement copy.

Aaron:
Infinite Jest by David Foster Wallace. I think I stole it from a friend of ours and promptly lost his copy. Shortly after, it became the book everyone was reading and was really big so I never picked up another copy.

Shawn:
Ages ago I went to a Milwaukee Brewers game with a bunch of co-workers and we started talking about books (‘cause that’s what booksellers do when they go to a baseball game).

The founder of 800-CEO-READ was surprised I never read (nor heard of) Time and Again by Jack Finney. So, a few days later I started to read it. A 1970 illustrated novel that was mystery, romance, and based on a mind boggling time travel back to 1890’s New York City. I was all in. The kind of book you want to gobble up yet savor because you know you have something special. I know re-reading it will never capture the magic, but if I do, maybe I can get a sliver.

Jack:
Shawn couldn't have said it better. That is my book also.

Rebecca:
Every year, I read the same 12 or so books I read the previous year to keep them fresh for discussion with my students (ed note: Rebecca is one of our co-owners who is also a high school English teacher). From The Amazing Adventures of Kavalier and Clay by Michael Chabon and Pride and Prejudice by Jane Austen to The Book Thief by Markus Zusak and Great Expectations by Charles Dickens, I make my way over the same well-annotated and often taped-together pages with each new class of 9th or 12th graders. While I love all the books I teach, the one I most look forward to rereading each November is Toni Morrison’s novel Beloved. It’s not necessarily my favorite book, but it is the most stunningly brilliant novel I have ever read—and each time I take it up I find more to marvel at. It’s exciting to watch my students read it for the first time, even as I am reading for my 8th or 9th!

Blyth:
The one I’d like to re-read, well, actually read is Moby Dick by Herman Melville. My first stab at the great whale was in college, when I found myself in way over my head in an English seminar. I remember struggling to keep up with the reading load and ended up picking and choosing select chapters to cram through in preparation for class. Horrible student—how did I pass? I’d really love to go back now and take the time for the entire journey with with Ahab and the Pequod. I’ve also been thinking for a while now that I need to open up Ralph Ellison’s Invisible Man again. Such a powerful read, and still sadly relevant over 60 years later. Truly a must-read for anyone thinking about Baltimore, Ferguson, Milwaukee and so many other American cities in the midst of racial struggle.

Dylan:
Jacques Barzun’s From Dawn to Decadence. The premise of the book is so brilliant, and to me so hopeful, and I retained the larger “meta” themes of the book, but there is so much specific biographical and historical information along with it that I don’t think I fully ingested it the first time around. 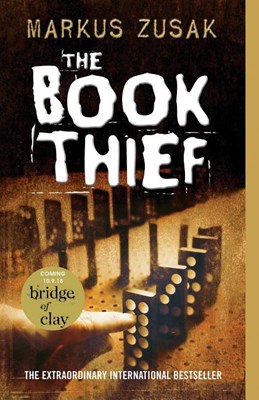