What book have you recommended the most?

Our personal book-pushing habits run the gamut from fantasy to children’s books to memoir and beyond.

Working in the book business, people are always asking us for book recommendations. And while our business book recs are found every day on this site, our personal book-pushing habits run the gamut from fantasy to children’s books to memoir and beyond.


Roy:
The fantasy trilogy that got me hooked in the genre at a young age: The Secret Country, The Hidden Land, and The Whim of the Dragon by Pamela C Dean. The story is about five young cousins who get caught up in the real world of what they thought was a made up game. Brilliant! The painting above is of the first book, and sits behind my desk.

Aaron:
Kitchen Confidential. Because Anthony Bourdain is the coolest man to ever live.

Zach:
For me, it kind of depends on who I'm talking to.

If it is someone who has anything to do with software development or work with people who do it is Getting Real by 37signals. I've bought the paperback version of this many times. It is a great book for management and IT people because it focuses on dealing with actual problems and not just the ideas we have about those problems. The content is focused on application development but the advice it contains is applicable to a wide variety of work related areas, I feel.

For everyone else (and frequently those in the group above), eventually they'll run into a situation where they've got some kind of communication problem somewhere in their life. Be it person or professional, I always suggest How to Win Friends and Influence People by Dale Carnegie. Even though the book came out almost 80 years ago, it still is great. After all, how much have actual people changed in 80 years? Not much. I probably re-read this book every 3 to 5 years to make sure I'm thinking about ways I need to be a better communicator.

If I'd gone highbrow, I'd say, Age of Innocence by Wharton. (And, no, watching that movie does not count.) Where else would you get lines like:

"Perhaps she too had kept her memory of him as something apart; but if she had, it must have been like a relic in a small dim chapel, where there was not time to pray every day...."

Meg:
If I’m really honest about it, I would have to say, The Harry Potter Series by J.K. Rowling. I’ve recommended it to about 25 people, most of them read it, and loved them all…except for Roy, I couldn’t get Roy to read it.

And The Country Bunny and the Golden Shoes by DuBose Heyward. The color of the prints are so beautiful and Heyward’s feminist tale is so kind. A grown up story told by bunnies.

Stephanie:
I Know This Much Is True by Wally Lamb. You get so involved with the characters. I had so many emotions reading this book. I couldn't put it down. Seriously stayed up late nights because I wanted to know what was going to happen next.

Ryan:
Motherless Brooklyn by Jonathan Lethem because, as the Salon review stated when the book was released, "sleuths in wheelchairs, lesbian lieutenants, investigators who also happen to be heroin addicts or restaurant critics or codgers as old as Angela Lansbury," all told through the lens of a narrator who is a detective with Tourette's Syndrome.

Also, One Hundred Years of Solitude, because you have to start somewhere with Gabriel Garcia Marquez and that's where I started.

Dylan:
The Blue Lantern and Other Stories by Victor Pelevin, translated from the Russian by Andrew Bromfield and released by New Directions. He’s one of my very favorite authors, and this is a great introduction to his writing. “Hermit and Six-Toes” is as about as perfect a short  story as will ever be written, and a dear friend of mine told me it was literally life-changing. The collection also contains a story written from the perspective of a storage shed—a storage shed that fantasizes about being a bicycle!

Carol:
Over the more than 30 years that I have sold, talked about, and recommended books, it is difficult to pin down, but here are a few I obsessed about:

Shari:
I would agree with carol on American Pastoral and Call it Sleep (David Schwartz must have made me read those).

In the non fiction world, I have recommended Wittgenstein's Vienna by Allan Janik and Stephen Toulmin, because it makes you want to actually be Wittgenstein and actually live in Vienna during one of its supremely vibrant eras. I always recommend titles by Jack Kornfield, particularly The Wise Heart—buddhist, beautiful Buddhist teachings.

Recently, I’m highly recommending Far from the Tree by Andrew Solomon to everyone I know who wants to understand how we all develop into who we are—and who would not want to know THAT?!

There are 25 books that I loved that Carol has told me to read whose titles I cannot remember at the moment. Guess i don't get to recommend them in that case!

Rebecca:
With equal enthusiasm and regularity I recommend the novels Invisible Man by Ralph Ellison and The Brothers K by David James Duncan, the first because it’s an important and riveting exploration of race and identity in America, and the second because it’s a perfect novel featuring baseball as the central metaphor—how great!

Blyth:
Travels with Charley by John Steinbeck. My parents were big fans of the family road trip when we were young—I think I had seen 40 out of 50 states by the time I was 12. And while I loved those long hours being entertained by my brothers as we drove through the mountains and plains, I also harbored a desire to drive those roads by myself. Enter Steinbeck and his tales of travels across the country in 1960 with his trusty dog, Charley. So at age 25, I packed up my Toyota Tercel and left on a three-month road trip around the Pacific Northwest. I swear it still feels like just yesterday. 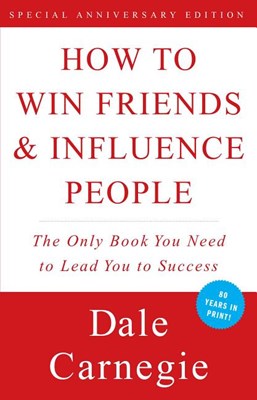 How to Win Friends and Influence People (Revised)