What is your favorite summer reading?

Our staff picks summer reading—what they recommend, what they are looking forward to, and what they just cleared their decks to pay attention to.

Summer has finally begun (for some of us, just), so of course as bookseller and booklovers, we are getting our books lined up for a trip to the beach, a campsite on the lake, a staycation on our horse farm, and lunchtime reading on the picnic benches around the corner. What are you reading this summer?

Michael:
To The Lighthouse by Virginia Woolf. If you have ever wanted to spend the summer by the sea, but have not been able to actually do it, this novel can get you a good part of the way there. Aside from the ever-present seaside imagery, Woolf's explorations of human relationships, time, and family life are food for epiphany. The novel is invigorating. Summer is a time during which we feel most "alive", and To The Lighthouse magnifies the tiny things that can both explode and crush the experience of living.

Roy:
I'm looking forward to The Scarlet Gospels by Clive Barker. I met the gentleman twice and still can't believe how terrifically morbid and grotesque a storyteller he can be, as he seems so unassuming  in person. I'll have to read this with all the lights on I think.

Sally:
Having just come back from Book Expo America, I have an ample number of new books that traveled back to Wisconsin in my already-overpacked suitcase. I’m particularly excited to read Saint Maizie by Jami Attenberg and My Life on The Road by Gloria Steinem (with whom I briefly chatted, marking one of the most reality-boggling moments of my life.) That said, in July, I head to The Iowa Summer Writing Festival again to try to keep some of my own writing skills sharp, and will be committing myself for much of the summer to the required course readings—The 3 A.M. Epiphany by Brian Kiteley and New Sudden Fiction, edited by Robert Shapard and James Thomas. Also recommended as exemplary novels written in fragments are The Lover by Marguerite Duras and Dept. of Speculation by Jenny Offill (which I read in one sitting and it wrecked me for days).

Shawn:
The 4th of July has generally been a holiday of great reading for me in years past. So, a couple of years ago I decided I wanted to read Robert Caro’s “The Years of Lyndon Johnson” series. He currently has four volumes with a fifth expected in the next couple of years. Because these are such behemoth books I can only read one a year starting on the 4th and taking weeks to finish. So, in 2013 I read The Path to Power and last year it was Means of Ascent. These are far and away the most riveting biographies I’ve ever read which is amazing considering I didn’t think L.B.J. would be that interesting. Boy, was I wrong. Because of his drive, enormous successes, and the dismal, horrible failure of Vietnam, Johnson could very well be the most fascinating person of the 20th century.

So now it’s on to Master of the Senate. I’m excited, but I also have a little dread. Is it really 1,040 pages? To quote Jon Stewart when Caro appeared on The Daily Show: “It has to be that long? Thanks a lot, Bob!” And Caro laughed at him.

I picked up A Dance with Dragons when it was released in 2011, but I’ve been waiting to dive in because of the pace of the releases. I didn’t want to have to wait another five years for the next one. But, now that they’ve been turned into an HBO series and the show has caught up with the books, I want to make sure I don’t fall too far behind the story arc in those books. Plus, it will get me my Game of Thrones fix until the next season arrives.

Jack:
Summer = heat in my brain. Using that criteria the best summer book is: In the Electric Mist with the Confederate Dead by James Lee Burke.

Blyth:
For me, summer is all about vegetables from my garden (and my neighbor’s garden, and our Milwaukee farmer’s markets…). Now that my peas are reaching above my head and my rhubarb patch is taking over the yard, I’m reminded how much I enjoyed Tamar Adler’s An Everlasting Meal: Cooking with Economy and Grace. While it contains a few recipes, mostly it describes an approach to cooking based on the basics, improvisation, and eliminating waste that will be a welcome summer read to any home gardener making the most of their overflowing harvest.

Aaron:
I’m excited about listening to All The Light We Cannot See by Anthony Doerr and Armada by Ernest Cline. Laurie read All the Light and thought it was one of the most beautifully written stories she’s read in a long time. I’m just finishing up Ready Player One, so I’m really excited to hear Wil Wheaton read Ernest’s newest collaboration.

Mel:
Typically in the heat of the summer I read something that I don’t mind getting suntan lotion on, magazines like Vanity Fair, Us and The Week. But under the fan in my bedroom I am reading The Group by Mary McCarthy, steamy in it’s own way.

Shari:
I am reading We Are Not Ourselves by Matthew Thomas. It was highly recommended to me and will take me a good part of the summer. It’s nice and long, and readable and enjoyable from the first page. Although I am guessing from the recommender that some heavy subject matter gets tackled later on in the story.

Sally (revised!):
I think I need to rethink my summer reading plan, and take this entire week off in order to read this—672 pages—that just appeared on my desk this morning. 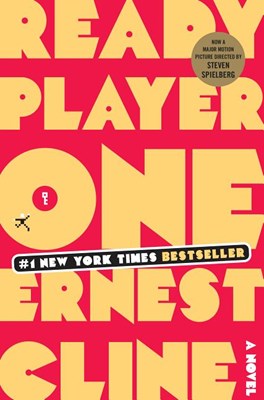