I return to Kali Fajardo-Anstine’s tenacious female characters and vivid Colorado landscapes that I loved so much in her first book Sabrina and Corina, and I leave with a reverence for the many layers of ancestry–the adversity they’ve overcome, the values they’ve imparted, the love for the land that they’ve sewn–the author shares with us. 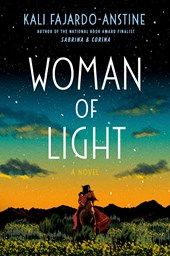 Woman of Light by Kali Fajardo-Anstine, One World

One of the first books I ever read and reviewed at Porchlight was Sabrina and Corina by Kali Fajardo-Anstine, and it was also one of the easiest reviews I’ve ever written. I read through the book quickly, and afterwards the striking stories of sisters, nieces, mothers, and grandmothers still echoed in my mind. As I wrote in 2019:

Vivid voices and poetic descriptions snared me into stories about murder, about loss of innocence, about loneliness, about fear. And somehow the end of every story elicited even the smallest smile, so by the end of the book, I have forgiven Kali Fajardo-Anstine eleven times for the painful yet promising lives I have lived through Sabrina and Corina.

The book still glows in my memory as one of my favorites, for sentimental and literary reasons alike, so I was especially excited to read Fajardo-Anstine's new novel, Woman of Light. It has many of the same elements and themes that distinguished her voice in Sabrina and Corina: powerful familial relationships, striking Southwestern landscapes, and unflinching and effective inclusion of difficult topics like addiction, death, and poverty, all exhibited through multiple generations of mixed Chicana women forging their place in the world while running up against ever-present discrimination in America.

In Woman of Light, Luz Lopez comes of age in early 1930s Denver, Colorado. Luz and her snake-charming brother Diego live in a one-bedroom apartment with their tenacious aunt Maria Josie and Diego’s snakes Reina and Corporal. Diego is a womanizer who must leave town after a damning (and to young Luz, unknowable) incident gets him brutally attacked by a group of young Anglo men. His presence was essential for the financial well-being of the household, but Diego was also a guiding, older male presence for Luz, making me wonder if he hadn’t left, and Luz would have been able to ask him for advice and the household wouldn’t have struggled as much, maybe she wouldn’t have experienced such extensive emotional turmoil. But their time apart and their independent struggles help them both reach a place of greater confidence in and compassion for themselves and each other.

As Luz matures, she must maneuver dating, work, and family life, complicated by her increasing awareness of the dangerous degree of discrimination present in the country. For example, the Greek grocery store clerk Papa Tikas remembers how company guards hired “to corral striking miners into obedience” ended up murdering the coal miners, his compadres, instead. And when Luz was eight and had just moved to Denver:

[Luz and David] learned to be cautious. It was dangerous to stroll through mostly Anglo neighborhoods, their streetcar routes equally unsafe. There were Klan picnics, car races, cross burnings on the edge of the foothills, flames like tongues licking the canyon walls, hatred reaching into the stars.

(spoiler in this paragraph) After beginning to work for David, an unexpectedly large group of KKK march through Denver–adults and children alike all in white, hoisting a cross over their heads–forcing Luz and David to hide in his office until they pass. It is in this time hiding that David suddenly makes romantic advances on Luz, and she forces herself to tell him to stop, contending with her learned shame surrounding pleasure and the part of her that wanted to learn more, do more–to love. Luz lives alongside life-threatening and everyday concerns–trying to balance her image of herself with the image society holds of her.

Luz’s first date is with a young Filipino musician named Avel. As their relationship progresses, while a little awkward as any young relationship is wont to be, Avel is buoyant with hope as Luz remains skeptical of any future with him. I felt immense empathy as I watched her thread of anxiety stretch out as Luz struggles with balancing her intuitive feelings, her fear, and the greater forces of expectation and tradition surrounding her place in the community.

Luz spends a lot of time with her cousin Lizette, a boisterous girl who lives with her mother, father, and four brothers. Both Luz and Lizette work as laundresses for rich people in town, but on the side, Luz occasionally reads tea leaves, a gift and skill passed down from her great-grandmother—Desiderya Lopez, the Sleepy Prophet—to her mother Sara Josefina and then to her. In the leaves she sees people’s futures but also sometimes gets flashes of the past.

Reading Woman of Light closely parallels the feeling of reading tea leaves. The story builds slowly, details like pieces of driftwood floating down a serpentine river, dipping in and out of sight throughout the book, elements of past generations reappearing in the lives of new generations. Maria Josie saves a young boy named David from being swept away in a violent flash flood in 1922; This boy grows up to become a socialist lawyer, taking on cases like evictions and deportations, and protesting for fair wages and freedom from poverty; Luz uses her aunt’s life-saving feat as leverage to secure a new job working as David’s secretary, much better than working as a lowly wash girl. Around the same time, Lizette moves up to assisting a local dressmaker. And as the girls mature, growing more aware of and involved in Denver's prejudiced hierarchy, flashbacks to the lives of Luz’s ancestors reveals that more than special gifts reappear in each generation. Life-threatening discrimination and violence is also embedded in the experiences of Luz’s family lineage.

For her eighteenth birthday, Maria Josie gifts Luz the quartz rosary that once belonged to Luz’s grandmother Simodecea, miraculously finding it at a pawn shop in town—a reference to recovering inherited objects and stories nearly lost to time. Luz admits she doesn’t know a lot about her grandmother, and Maria Josie apologizes, saying:

'Sometimes we go through things in life that are so hard and ugly, we’d rather forget than remember, but now I can’t remember very much at all. I regret that now.”'

Their ancestors' stories are, indeed, quite hard and ugly, but essential to Luz’s understanding of herself, her family, and her mystical visions. And for readers, these histories are a new, much-needed perspective from the White-centric Westerns we’re inundated with. Luz’s grandmother, Sharpshooter Simodecea Salazar-Smith, had accidentally and fatally shot her husband in the face when an escaped black bear charged their performance for Jack Wesley’s Wild Wild West Show. Pidre Lopez approaches her shortly after the incident, convincing her to join his own up-and-coming show called Pidre’s Extravaganza. While they experience some success together, eventually becoming lovers, encroaching prospectors mining radium push their show and their family—which now includes two daughters, Sara and Maria Josefa—off the land.

Simodecea wondered about the lands where they had come from, and in what state of disregard they had left them.

First the Anglo men say that the Lopezes owe money and that “Indian and Mexican Money is no good.” Then they cite “mineral rights,” and one morning three company guards present a document forcing the family from their land. Simodecea utilizes her superb shooting skills in the violent melee that ensues, but is forced to flee with her daughters. This time period is a tumbleweed of self-determination bundled with love, tampered by subordination, but chased forward by an inextinguishable will to survive and succeed. Despite the crashing wave of resentment and racism towards them, Luz and her foremothers sew love into their land, their families, and their communities.

Much of the book’s excellence stems from the fullness of its characters, many of whom are based on Fajardo-Anstine's family members. She deftly adapts these ancestors’ personalities for the page, making it easy to like so many secondary characters like the effervescent Lizette or even the more complex and serious Maria Josie.

The style of the storytelling is tender and ardent, lucid and inviting, chilling and fierce all at once. This balance is what propelled me through the book, despite its length and non-linear storytelling. And near the end, the reader is rewarded with a full picture of young Luz’s (and by extension, Fajardo-Anstine's) ancestry in their mind. This generational connection comes together in Luz’s imagination as well:

As they hopped and skipped in and out of the archway lights, Luz imagined she was jumping between times. She saw herself as a little girl in the lost Territory with her mother and father walking through snowfields, carrying fresh laundry to the company cabin. Then she saw herself in Hornet Moon with Maria Josie, beside the window to her new city, those few photographs of her parents scattered about the floor, the only remnants of them she had left. She saw herself eating Cream of Wheat for breakfast with Diego in the white-walled kitchen. They were listening to the radio, the summertime heat blowing in from the windows, the mountains far away behind the screen.

Kali Fajardo-Anstine is one of many storytellers proving that Colonial America was less of a blank canvas and more of a palimpsest. Woman of Light shows how the cultures often pushed to the margins of American history are not just a large part of the origins of our country’s civilization but also a steady part of its character as well. I leave the book hoping that more people listen to stories that are not their own, and that those who hear this narrative and recognize themselves in it seek out the stories of their own ancestors, to better understand themselves and stake their claim among people who attempt to blur their individuality and null their histories. 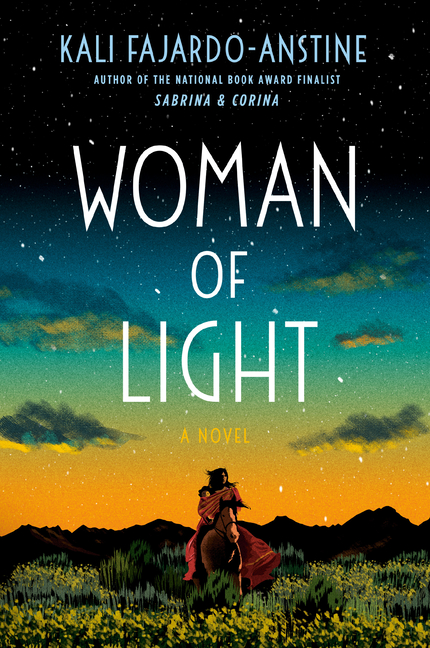 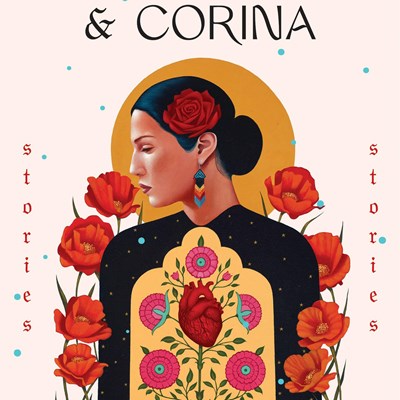