Upon first glance at this post, you may feel compelled to ask: why are you singling out business books written by women authors about women in business, directed (at least to some degree) to a female audience? Well, because the reality is that, according to the U. S.

Upon first glance at this post, you may feel compelled to ask: why are you singling out business books written by women authors about women in business, directed (at least to some degree) to a female audience? Well, because the reality is that, according to the U.S. Census bureau, while the number of women in the labor force exceeds 72 million, and "41.7% Percent of employed females 16 and older who worked in management, professional and related occupations, compared with 35.1 percent of employed males in December 2012," the majority of business books submitted to our business book awards and sent to us for review are written by men. So we feel it's simply important to acknowledge the material that is published by and for women so working women are represented. Below are 10 books from late 2013 and early 2014 that fill that important space. Some of these books argue, as Sheryl Sandberg's Lean In did, that women can change their behaviors in order to force change upon an resistant patriarchal system. Some argue more theoretically about the affect of social standards and gender biases on our overall economic health. And others look strictly at how working women can thrive and create incredibly successful business and careers.

"We have to actively defang the memes about women and their "natures" that are still deeply entrenched in our society and accepted by both men and women. The burden of discrimination has to disappear."

In The New Soft War on Women respected experts on gender issues and the psychology of women Caryl Rivers and Rosalind C. Barnett argue that an insidious war of subtle biases and barriers is being waged that continues to marginalize women. Although women have made huge strides in recent years, these gains have not translated into money and influence. (Tarcher/Penguin)

"To be a woman aspiring to a top leadership position, you've got to dare to go beyond the circle that's been inscribed for you. And you've got to develop a sense of vision so strong, so clear, so audacious, that when people either subtly or explicitly tell you that a certain cherished goal is a fantasy, you ignore them...."

Though women hold a majority of the managerial and professional jobs in the workforce, they occupy a mere 14% of C-suite positions at Fortune 500 firms. To break through this stubborn glass ceiling, women must learn to take bold steps when career-defining moments arise. During her 33-year career at Southern Company, a Fortune 500 utility company, Becky Blalock rose to become CIO in a traditionally male industry. Now she offers her own hard-won advice, as well as that of 28 top female executives, to show all aspiring women how to dare to reach the highest tier of leadership and C-suite positions. (Jossey-Bass)

"[He] looked at me, then asked, "How much money have you made so far?" I told him, and then he said, "You're rather rich for a woman. Why do you need more?" He saw my face blanch, and he tried to cover. "Well, rather rich for anyone, really," he said. But I thought it was one of the dumbest, most sexist comments I've ever heard an intelligent person make. Then he fumbled and mumbled. I said, "Well, if you won't loan it to me, I'll find it elsewhere."

When Tamara Mellon's father lent her the seed money to start a high-end shoe company, he cautioned her: "Don't let the accountants run your business." Little did he know. Over the next fifteen years, the struggle between "financial" and "creative" would become one of the central themes as Mellon's business savvy, creative eye, and flair for design built Jimmy Choo into a premier name in the competitive fashion industry. (Portfolio/Penguin)

"When I was considering running for Congress, I knew what the critics might say: that I was inexperienced, ambitious, an upstart, an opportunist. That I didn't stand a chance. But I forced myself to visualize the worst-case scenario. What would failure really mean?....I ran through every nightmarish scenario and asked myself if I could handle it. The answer was always yes."

The former New York City Deputy Public Advocate and founder of the national nonprofit Girls Who Code argues that aversion to risk and failure is the final hurdle holding women back in the workplace. Saujani advocates a new model of female leadership based on sponsorship--where women encourage each other to compete, take risks, em brace failure, and lift each other up personally and professionally. (New Harvest)

"[T]he challenges that confront women now are more subtle than those of the past, harder to recognize and thus to remove. .... They are problems that come from the nearly impossible standards of perfection that women have somehow rushed to embrace, problems that come--inherently and inevitably--simply from being female. Yet they are falling on generations of women who grew up believing that none of these things were supposed to matter anymore."

In this groundbreaking and compulsively readable book, Spar explores how American women's lives have--and have not--changed over the past fifty years. Armed with reams of new research, she details how women struggled for power and instead got stuck in an endless quest for perfection. The challenges confronting women are more complex than ever, and they are challenges that come inherently and inevitably from being female. Spar is acutely aware that it's time to change course. (Sarah Crichton Books/FSG)

"My obsession with work came at a sacrifice: I wasn't exactly living the lifestyle of an average your professional woman in Manhattan. That didn't bother me, though."

Tiger Woman on Wall Street is both the remarkable, dramatic story of one woman's rise in the global business world and a savvy guide to finance and investing. With unflinching candor, Junheng Li tells how a brainy, focused, highly driven Chinese girl who admired Scarlett O'Hara's indomitable spirit drew on the best of both worlds to go where few women have gone before: straight to the top of the financial industry. (McGraw Hill)

"[I]t is among the new female elite, the best-educated, the most successful women, that child-bearing has change the most dramatically. It is a change that distances them even further both from the past and from their female contemporaries."

In this revealing and deeply intelligent book, Alison Wolf examines why more educated women work longer hours, why having children early is a good idea, and how feminism created a less equal world. Her ideas are sure to provoke and surprise, as she challenges much of what the liberal and conservative media consider to be women's best interests. (Crown Business)

"Behaviors that were appropriate in girlhood, but not in womanhood, may be contributing to your career's stagnating, plateauing, or even derailing from its career path. Success comes not from acting more like a man, as some might lead you to believe, but by acting more like a woman instead of a girl."

The New York Times bestseller, which for 10 years has been a must-have for women in business, is now completely revised and updated. In this new edition, internationally recognized executive coach Lois P. Frankel reveals a distinctive set of behaviors-over 130 in all-that women learn in girlhood that ultimately sabotage them as adults. (Business Plus)

"At the end of 2012, stunning results from a study emerged, showing that women with the capacity to earn more than their husbands are more likely to quit their jobs entirely than other women who don't out-earn their spouses."

In this highly practical book, financial guru and media star Farnoosh Torabi--a breadwinner herself--presents a bold strategy that not only addresses how income imbalances affect relationships and family dynamics, but also how a woman can best manage (and take advantage of) this unique circumstance--emotionally, socially, and financially. (Hudson Street Press)

"The trick to our success--and any success--is passion; you can't manufacture that. You have to find that one thing you love more than anything. And for both of us, it was fashion: That was our biggest connection."

Part memoir, part business manual, and 100% juicy--the inside story of Juicy Couture, one of the most iconic brands of our times. Following their vision of comfortable, fitted T-shirts, they set up shop in Gela's one-bedroom Hollywood apartment with $200 and one rule: Whatever they did, they both had to be obsessed by it. Pam and Gela eventually sold their company to Liz Claiborne for $50 million.... (Gotham Books)

Hillary Clinton's candid reflections about the key moments during her time as Secretary of State, as well as her thoughts about how to navigate the challenges of the 21st century. (Simon & Schuster) 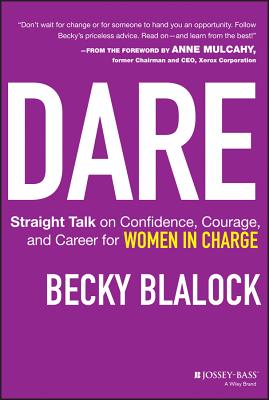 Dare: Straight Talk on Confidence, Courage, and Career for Women in Charge 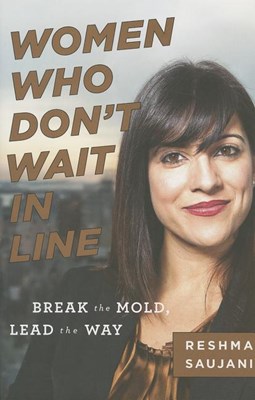 Women Who Don't Wait in Line: Break the Mold, Lead the Way 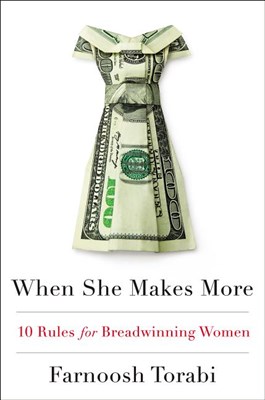 When She Makes More: 10 Rules for Breadwinning Women