A closer look at three of the books on June's Bestseller List.

Each month, we publish a list of our business bestsellers. And while everyone loves a good bulleted list from time to time, we also like to place a bit more context around the books you’ll find there. Do you like penguins? Are you confused by investment choices? Are you interested in how cities are bouncing back from the blows being dealt to them by Mother Nature? Have we got the books for you...

Being an online bookseller, we don’t often get to meet our customers or authors face-to-face. So it’s always a special occasion when one stops by our offices at 219 Milwaukee Street. A few weeks back, we were lucky to spend a few hours with Madison-based author Jason Kotecki and his wife Kim as he signed over 200 copies of his June bestseller. We found out that much of the book was written right here in Milwaukee, where Jason would rent a hotel room to write in solitude. Nothing brightens up your day more than a smiling author behind a stack of penguin books. Nothing except for the thought of said author with those books… at a zoo! Yes, Jason has booked the most awesome author tour ever—stopping at zoos, ice cream parlors, national landmarks and other “don’t put me in an adult-shaped box” places. Come back soon, Jason and Kim!
Find out about Jason’s tour of zoos here.

The Aspirational Investor by Ashvin B. Chhabra

I spent the Fourth of July weekend with some close family friends that I haven’t seen for a long time, and as things usually go with reunions, the conversation turned to stories from when we were young. One of the family members told us about his earliest experience with investing. When he was 12, he won $1000 and wanted to invest in stocks (I know, what kid wants to invest money at that age? Incredible.). Their financial advisor offered two choices: one was International Harvester, where his recently deceased father had worked, and the other was this no-name computer start-up called Microsoft. My friend loved computers. I mean, of course he loved his dad, too, but computers… (This is the point in the story at which we find a disagreement between mother and son as to who exactly decided which stock to buy.) I think you can see where this story is headed since I didn’t start it with “visiting our friends on their private island in the Bahamas.” If you are confused about investing and how to achieve your financial goals, don’t listen to the guy who gave that choice to my friend. Listen to the CIO of Merrill Lynch Wealth Management, Ashvin B. Chhabra. Trust me on this one.
Read more about The Aspirational Investor here.

The Resilience Dividend by Judith Rodin

“That’s not fair!” is a phrase that more than one parent has heard in their lifetime. My mom’s steady response was always, “Life’s not fair.” Which, as you can guess, I did not like hearing at all, ‘cause I really wanted to stay up late with my older brother to watch Johnny Carson. But boy did I get a great big taste of “Life’s not fair for real” many years later when a gigantic flood swallowed our city whole. Burning buildings, mandatory evacuation, cars floating down the street and everything. Watching Grand Forks, North Dakota come back from that flood in 1997 was miraculous. Sure, many people took it as a needed push into retirement or moving to a new city they’ve always wanted to try, but for the most part, people stayed. And rebuilt. And re-imagined how they wanted their city to function. Some of it I like, some of it I don’t, but being witness to that kind of resilience is inspiring. Judith Rodin from the Rockefeller Foundation explains what we can learn from businesses and communities faced with these kinds of catastrophic events in her new book.
Read more about the Rockefeller Foundation’s 100 Resilient Cities project here. 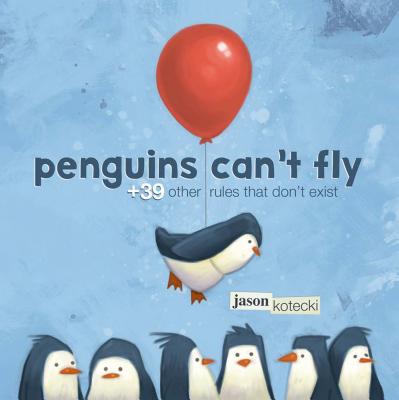 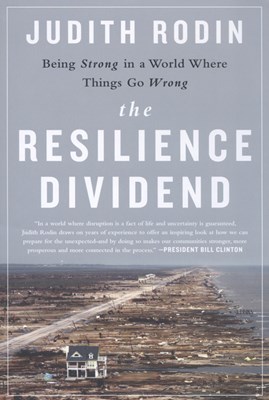 Resilience Dividend: Being Strong in a World Where Things Go Wrong 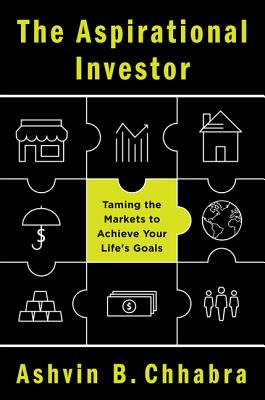 The Aspirational Investor: Taming the Markets to Achieve Your Life's Goals