Celebrate Native American/Indigenous Heritage Month with this list of recommended reading. We see you, and we read you.

We, across the United States but especially here in Wisconsin, owe a lot to the Native peoples who called this land home long before European colonization. We are reminded of Wisconsin’s first inhabitants in the names of rivers that crisscross our state, the town names we call home, the effigy mounds and stonework we pass, the artifacts we uncover, and the art, food, and people we see every day. While there are dedicated Native territories in Wisconsin, they are minuscule compared to the land from which Indigenous communities were displaced. We must always remember the importance and needs of the people who were here first, to read, learn from, and act to improve our relationship with Indigenous communities as long as we share their land.

We see you, and we read you. 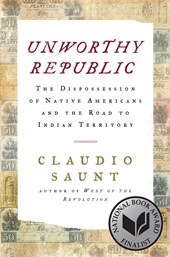 BESTSELLER | Unworthy Republic: The Dispossession of Native Americans and the Road to Indian Territory by Claudio Saunt, W.W. Norton & Company

In May 1830, the United States formally launched a policy to expel Native Americans from the East to territories west of the Mississippi River. Justified as a humanitarian enterprise, the undertaking was to be systematic and rational, overseen by Washington's small but growing bureaucracy. But as the policy unfolded over the next decade, thousands of Native Americans died under the federal government's auspices, and thousands of others lost their possessions and homelands in an orgy of fraud, intimidation, and violence. Unworthy Republic reveals how expulsion became national policy and describes the chaotic and deadly results of the operation to deport 80,000 men, women, and children.

Drawing on firsthand accounts and the voluminous records produced by the federal government, Saunt's deeply researched book argues that Indian Removal, as advocates of the policy called it, was not an inevitable chapter in U.S. expansion across the continent. Rather, it was a fiercely contested political act designed to secure new lands for the expansion of slavery and to consolidate the power of the southern states. Indigenous peoples fought relentlessly against the policy, while many U.S. citizens insisted that it was a betrayal of the nation's values. When Congress passed the act by a razor-thin margin, it authorized one of the first state-sponsored mass deportations in the modern era, marking a turning point for native peoples and for the United States.

In telling this gripping story, Saunt shows how the politics and economics of white supremacy lay at the heart of the expulsion of Native Americans; how corruption, greed, and administrative indifference and incompetence contributed to the debacle of its implementation; and how the consequences still resonate today. 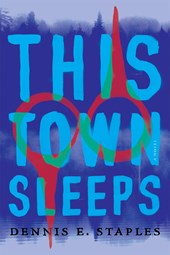 The book is a supernatural, coming of age, gay romance that takes place on an Ojibwe reservation called Languille Lake in Minnesota. It features two men—one Native American, one White—and the bond they share growing up in a small town, who now face important decisions in their lives together as they meet again in their mid-twenties.

One of the men, Marion, is from the reservation, is proud of who he is, openly gay, and not defined by what other people think of him. But the other, Shannon, from the nearby town of Geshig, remains closeted and hides who he is from his family, almost ashamed to admit that he is gay, or at least worried what it would do to his image in small-town Minnesota if others knew. 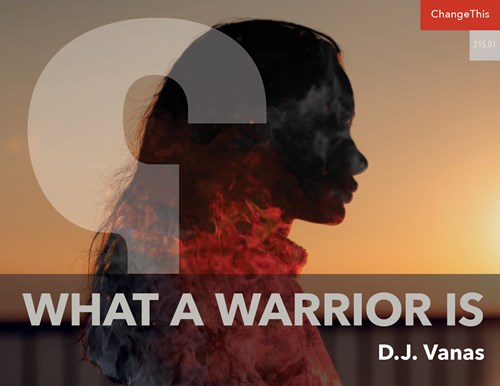 CHANGETHIS | “What a Warrior Is” by DJ Vanas

It’s not about being the toughest person, it’s not about seeking glory, and it doesn’t require a uniform or combat boots. A warrior is fully engaged to develop their talent and ability over a lifetime to become an asset to the “tribe” they serve.

NATIONAL BESTSELLER - A groundbreaking work of science, history, and archaeology that radically alters our understanding of the Americas before the arrival of Columbus in 1492—from "a remarkably engaging writer" (The New York Times Book Review).

Contrary to what so many Americans learn in school, the pre-Columbian Indians were not sparsely settled in a pristine wilderness; rather, there were huge numbers of Indians who actively molded and influenced the land around them. The astonishing Aztec capital of Tenochtitlan had running water and immaculately clean streets, and was larger than any contemporary European city. Mexican cultures created corn in a specialized breeding process that it has been called man's first feat of genetic engineering. Indeed, Indians were not living lightly on the land but were landscaping and manipulating their world in ways that we are only now beginning to understand. Challenging and surprising, this is a transformative new look at a rich and fascinating world we only thought we knew. 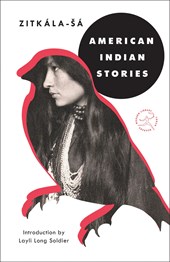 A groundbreaking Dakota author and activist chronicles her refusal to assimilate into nineteenth-century white society and her mission to preserve her culture—with an introduction by Layli Long Soldier, winner of the National Book Critics Circle Award and the PEN/Jean Stein Book Award for Whereas

Bright and carefree, Zitkála-Šá grows up on the Yankton Sioux reservation in South Dakota with her mother until Quaker missionaries arrive, offering the reservation’s children a free education. The catch: They must leave their parents behind and travel to Indiana. Curious about the world beyond the reservation, Zitkála-Šá begs her mother to let her go—and her mother, aware of the advantages that an education offers, reluctantly agrees.

But the missionary school is not the adventure that Zitkála-Šá expected: The school is a strict one, her long hair is cut short, and only English is spoken. She encounters racism and ridicule. Slowly, Zitkála-Šá adapts to her environment—excelling at her studies, winning prizes for essay-writing and oration. But the price of success is estrangement from her cultural roots—and is it one she is willing to pay?

Combining Zitkála-Šá’s childhood memories, her short stories, and her poetry, American Indian Stories is the origin story of an activist in the making, a remarkable woman whose extraordinary career deserves wider recognition. 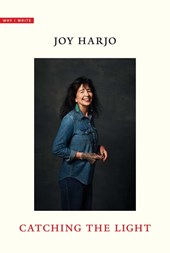 United States Poet Laureate and winner of the 2022 Academy of American Poets Leadership Award Joy Harjo examines the power of words and how poetry summons us toward justice and healing.

In this lyrical meditation about the why of writing poetry, Joy Harjo reflects on significant points of illumination, experience, and questioning from her fifty years as a poet. Composed of intimate vignettes that take us through the author's life journey as a youth in the late 1960s, a single mother, and a champion of Native nations, this book offers a fresh understanding of how poetry functions as an expression of purpose, spirit, community, and memory--in both the private, individual journey and as a vehicle for prophetic, public witness. Harjo insists that the most meaningful poetry is birthed through cracks in history from what is broken and unseen. At the crossroads of this brokenness, she calls us to watch and listen for the songs of justice for all those America has denied. This is an homage to the power of words to defy erasure--to inscribe the story, again and again, of who we have been, who we are, and who we can be. 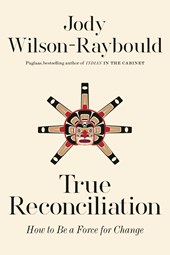 NEW RELEASE | True Reconciliation: How to Be a Force for Change by Jody Wilson-Raybould, McClelland & Stewart Published November 8, 2022  There is one question Canadians have asked Jody Wilson-Raybould more than any other: What can I do to help advance reconciliation? This has been true from her time as a leader of British Columbia’s First Nations, as a Member of Parliament, as Minister of Justice and Attorney General, within the business communities she interacts, and when having conversations with people around their kitchen tables. Whether speaking as individuals, communities, organizations, or governments, people want to take concrete and tangible action that will make real change. They just need to know how to get started, or to take the next step. For Wilson-Raybould, what individuals and organizations need to do to advance true reconciliation is self-evident, accessible, and achievable.    True Reconciliation is broken down into three core practices—Learn, Understand, and Act—that can be applied by individuals, communities, organizations, and governments. They are based on the historical and contemporary experience of Indigenous peoples in their relentless efforts to effect transformative change and decolonization; and deep understanding and expertise about what has been effective in the past, what we are doing right, and wrong, today, and what our collective future requires. True Reconciliation, ultimately, is about building transformed patterns of just and harmonious relations between Indigenous and non-Indigenous peoples at all levels of society.    Throughout the book, the author shares her voice and experience with others who tell their stories, illustrated with helpful sidebars and infographics, as well as historical timelines. To help with the practices of learning, understanding, and acting, there is a planning guide at the end of the book—to help the reader translate words into action for themselves as individuals, for their communities, organizations, and governments at all levels. The ultimate and achievable goal of True Reconciliation is to break down the silos we've created that prevent meaningful change, to be empowered to increasingly act as ‘inbetweeners,’ and to take full advantage of this moment in our history to positively transform the country into a place we can all be proud of. 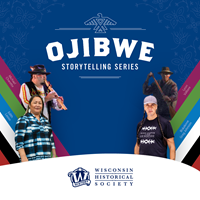 This website highlights powwows open to the public, a virtual storytelling series from the Ojibwe, resources for teachers, links to more information on Wisconsin’s eleven sovereign Tribal nations, and even more recommended reading. 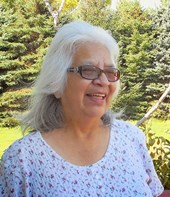 We’ll be keeping an eye out for UW-Green Bay Oral Scholar/Instructor Dr. Carol Cornelius’s upcoming book History of Indigenous Voices During the Removal Era, which is due to be published next year by the Wisconsin Historical Society. 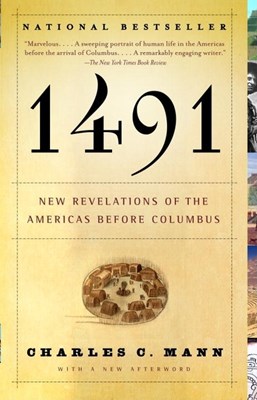 1491 (Second Edition): New Revelations of the Americas Before Columbus 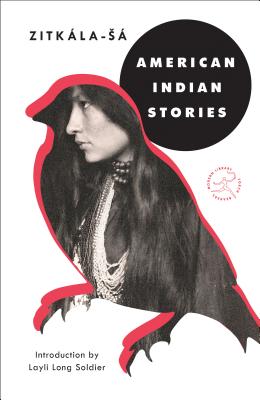 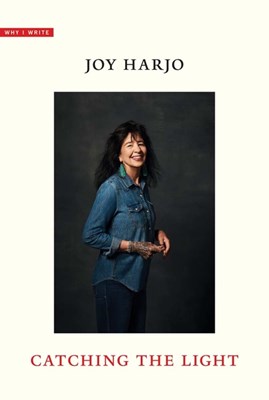 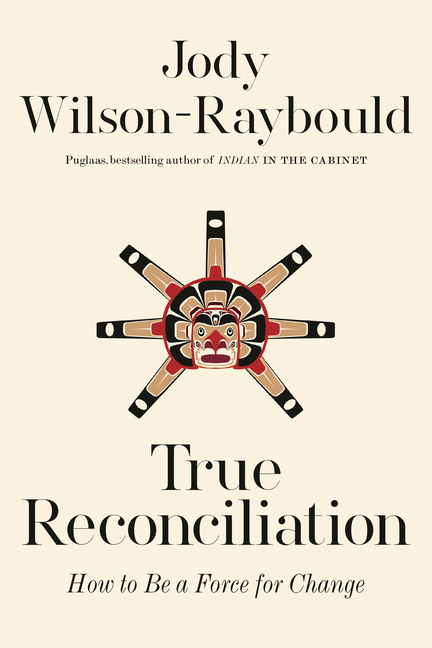 True Reconciliation: How to Be a Force for Change

Unworthy Republic: The Dispossession of Native Americans and the Road to Indian Territory 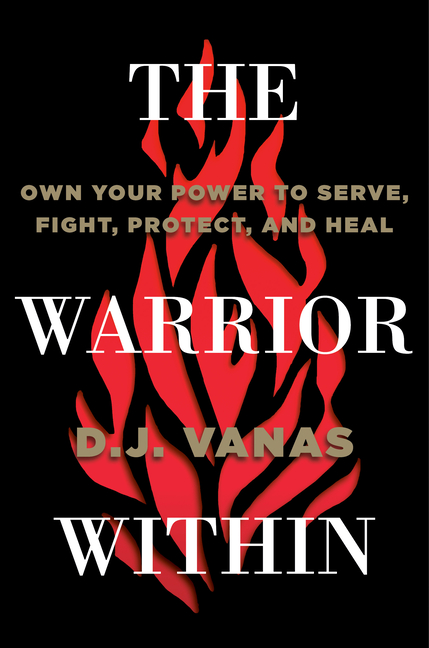 The Warrior Within: Own Your Power to Serve, Fight, Protect, and Heal