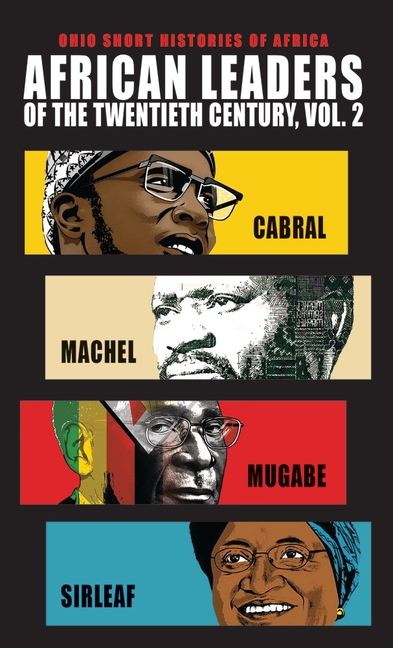 This omnibus edition brings together concise and up-to-date biographies of Am?lcar Cabral, Samora Machel, Robert Mugabe, and Ellen Johnson Sirleaf. African Leaders of the Twentieth Century, Volume 2 complements courses in history and political science and is an informative collection for general readers.

Am?lcar Cabral: A Nationalist and Pan-Africanist Revolutionary, by Peter Karibe Mendy
Am?lcar Cabral's charismatic and visionary leadership, his pan-Africanist solidarity and internationalist commitment to "every just cause in the world," remain relevant to contemporary struggles for emancipation and self-determination. This concise biography is an ideal introduction to his life and legacy.

Mozambique's Samora Machel: A Life Cut Short, by Allen F. Isaacman and Barbara S. Isaacman
From his anti-colonial military leadership to the presidency of independent Mozambique, Samora Machel held a reputation as a revolutionary hero to the oppressed. Although killed in a 1987 plane crash, for many Mozambicans his memory lives on as a beacon of hope for the future.

Robert Mugabe, by Sue Onslow and Martin Plaut
For some, Zimbabwe's Robert Mugabe was a liberation hero who confronted white rule and oversaw the radical redistribution of land. For others, he was a murderous dictator who drove his country to poverty. This concise biography reveals the complexity of the man who led Zimbabwe for its first decades of independence.

Ellen Johnson Sirleaf, by Pamela Scully
Nobel Peace Prize-winner and two-time Liberian president Ellen Johnson Sirleaf speaks to many of the key themes of the twenty-first century. Among these are the growing power of women in the arenas of international politics and human rights; the ravaging civil wars of the post-Cold War era in which sexual violence is used as a weapon; and the challenges of transitional justice in building postconflict societies.