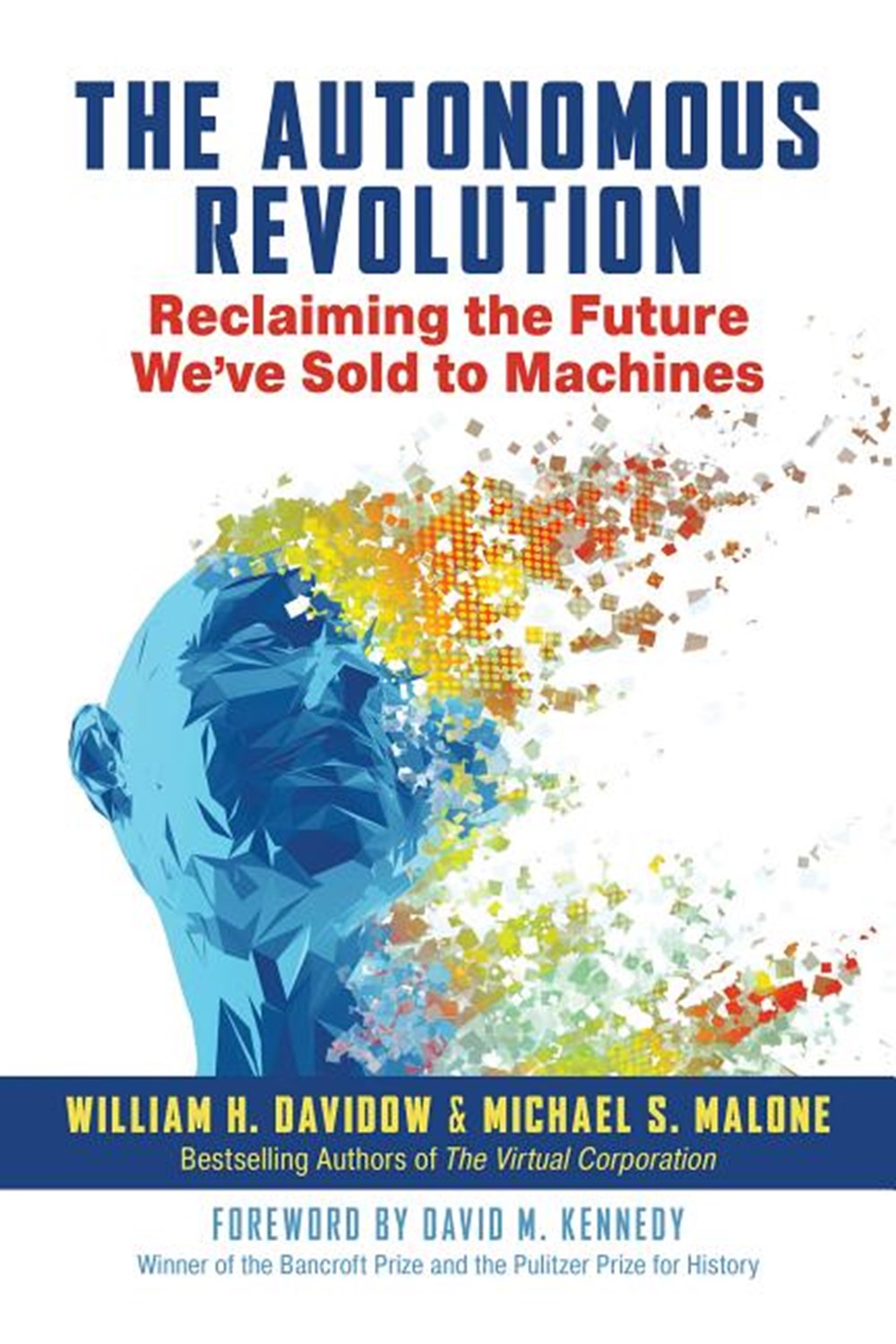 “For the third time in history, society is undergoing a social phase change. We are well on our way to creating the Autonomous Revolution. Its two predecessors, the Agricultural and the Industrial Revolutions, have taught us what to expect.” READ FULL DESCRIPTION

William Davidow and Michael Malone ask us to reimagine what Patrick Henry’s proclamation to “Give me liberty or give me death” means at a time when the companies that control the internet also increasingly control the overall economy and our very lives—at a time when “Suddenly commercial enterprises, not repressive governments, are what pose the direct threats to our individual freedoms and privacy.” READ FULL DESCRIPTION

The coauthors of the seminal book The Virtual Corporation describe how the rise of artificial intelligence and virtual environments are ushering in an epic cultural transformation--and how we can thrive in this new era. We are at the dawn of the Autonomous Revolution, a turning point in human history as decisive as the Agricultural and Industrial Revolutions. More and more, AI-based machines are replacing human beings, and online environments are gathering our data and using it to manipulate us. This loss of human autonomy amounts to nothing less than a societal phase change, a fundamental paradigm shift. The same institutions will remain--schools, banks, churches, and corporations--but they will radically change form, obey new rules, and use new tools. William H. Davidow and Michael S. Malone go deeply into the enormous implications of these developments. They show why increases in productivity no longer translate into increases in the GDP and how zero cost, one-to-many communications have been turned into tools for cybercrime and propaganda. Many of the book's recommendations--such as using taxes to control irresponsible internet behavior and enabling people to put their data into what are essentially virtual personal information safety deposit boxes--are bold and visionary, but we must figure out how we will deal with these emerging challenges now, before the Autonomous Revolution overcomes us.

William Davidow was Intel's senior vice president of marketing and sales, where he is credited with inventing modern high-tech marketing. He cofounded the venture capital firm Mohr Davidow in 1985. He is the author of three books and the coauthor of two, including The Virtual Corporation, which sold more than 100,000 copies.