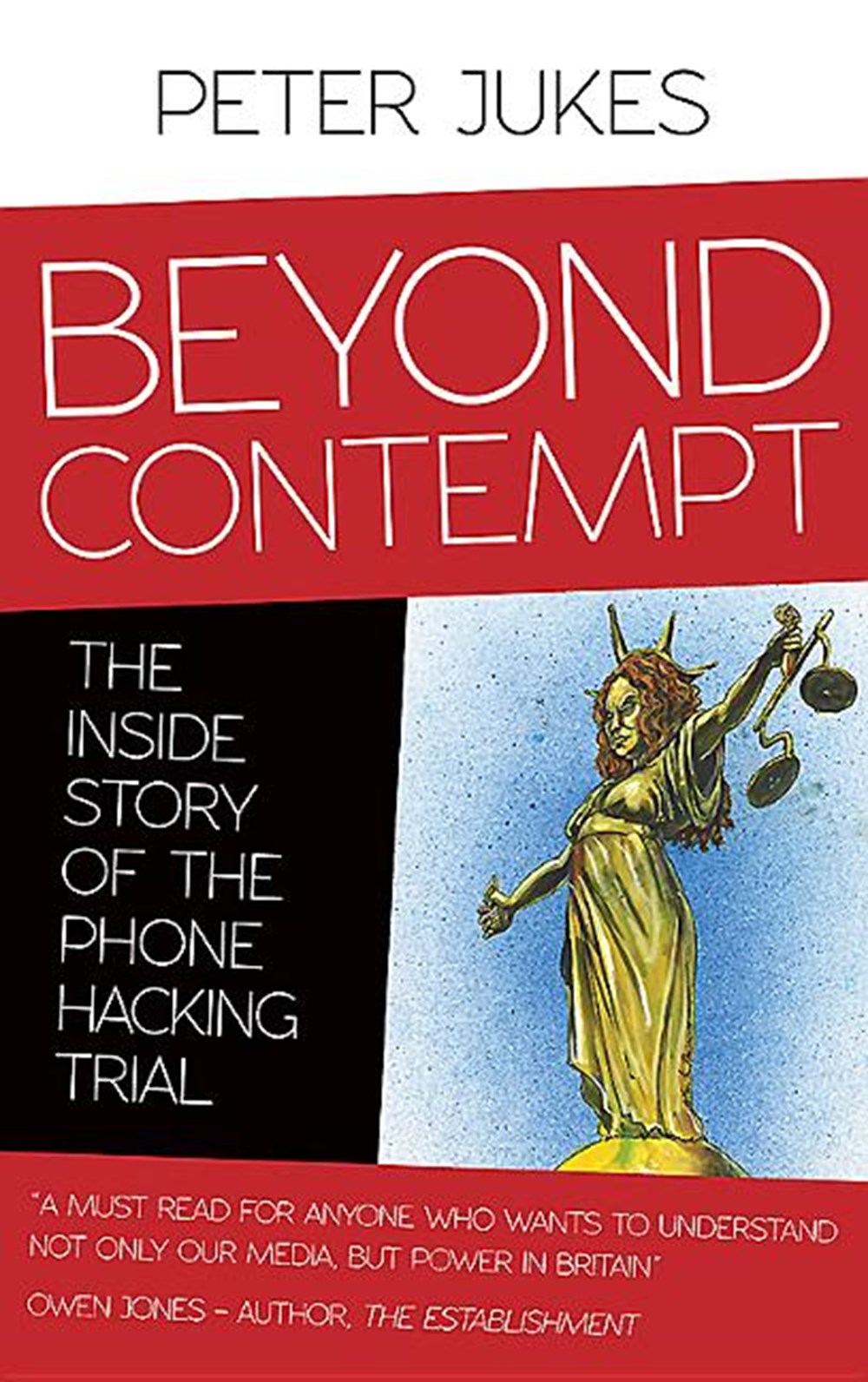 Beyond Contempt: The Inside Story of the Phone Hacking Trial

A factual account of the trial of British newspaper journalists for phone hacking, corruption of officials and conspiracy to pervert the course of justice.

A factual account of the trial of British newspaper journalists for phone hacking, corruption of officials and conspiracy to pervert the course of justice. Among the accused were the former News of the World editors Rebekah Brooks and Andy Coulson. This book covers every twist and turn of the case, which was heard in London in 2013 and 2014.

Peter Jukes, an award-winning TV crime writer, starts at the beginning. In October 2013, an eight-month trial starts at the most famous court complex in London, the Old Bailey. It's a showdown that pits tabloid newspaper executives from Rupert Murdoch's News International against the British state.The journalists are accused of phone hacking, corrupting public officials and conspiracy to pervert the course of justice. After years of cover up involving News International, the Metropolitan Police and the Government, the judge tells the jury: "British justice is on trial".

Insight into British journalism and politics

After tweeting the first few days, Peter Jukes, the author accidentally becomes the UK's first crowd-funded journalist. New media exposes the old as the trial lays bare the venality and surveillance of the News of the World its ability to pry into the lives of anyone who matters, at any moment. A Hollywood actress. A missing girl. A Cabinet minister.It's also a battle.

With Rupert Murdoch's millions, seven defendants hire London's top QCs. Rebekah Brooks has the 5,000-a-day silk for corporations, Jonathan Laidlaw.Several times the multi-million pound cases totters on the brink of collapse.Drawing on verbatim court exchanges and exhibits, Jukes reveals the daily reality and grand strategies of a major criminal trial.He gives the secret of Rebekah Brooks' 14 days in the witness box.He explains why during a cigarette break a defence lawyer gave him a wry smile.And he discloses the failings of the Crown Prosecution Service which contribute to the (to some) shocking verdicts.

Remarkable. I feel I now know all the key players and why some defendants were found guilty and some not, despite never having spent a minute at the trial(Professor Stewart Purvis, former ITN editor)

Absorbing and highly revealing... What's striking is how the mass of cash Rupert Murdoch threw at the defence disrupted, disturbed and thwarted the prosecution (Dan Waddell, ex-redtop reporter)

This book is that rare beast a ground-breaking volume that's also entertaining and informative... There's a little of Dickens sharp observational eye in his accounts of the David v Goliath battle that took place in Court 12. Naturally, this being the underlings of billionaire Rupert Murdoch versus The Crown, the normal rules were suspended.(Paddy French, Press Gang)

A must read for anyone who wants to understand not only our media, but power in Britain(Owen Jones, author The Establishment: And How They Get Away With It)