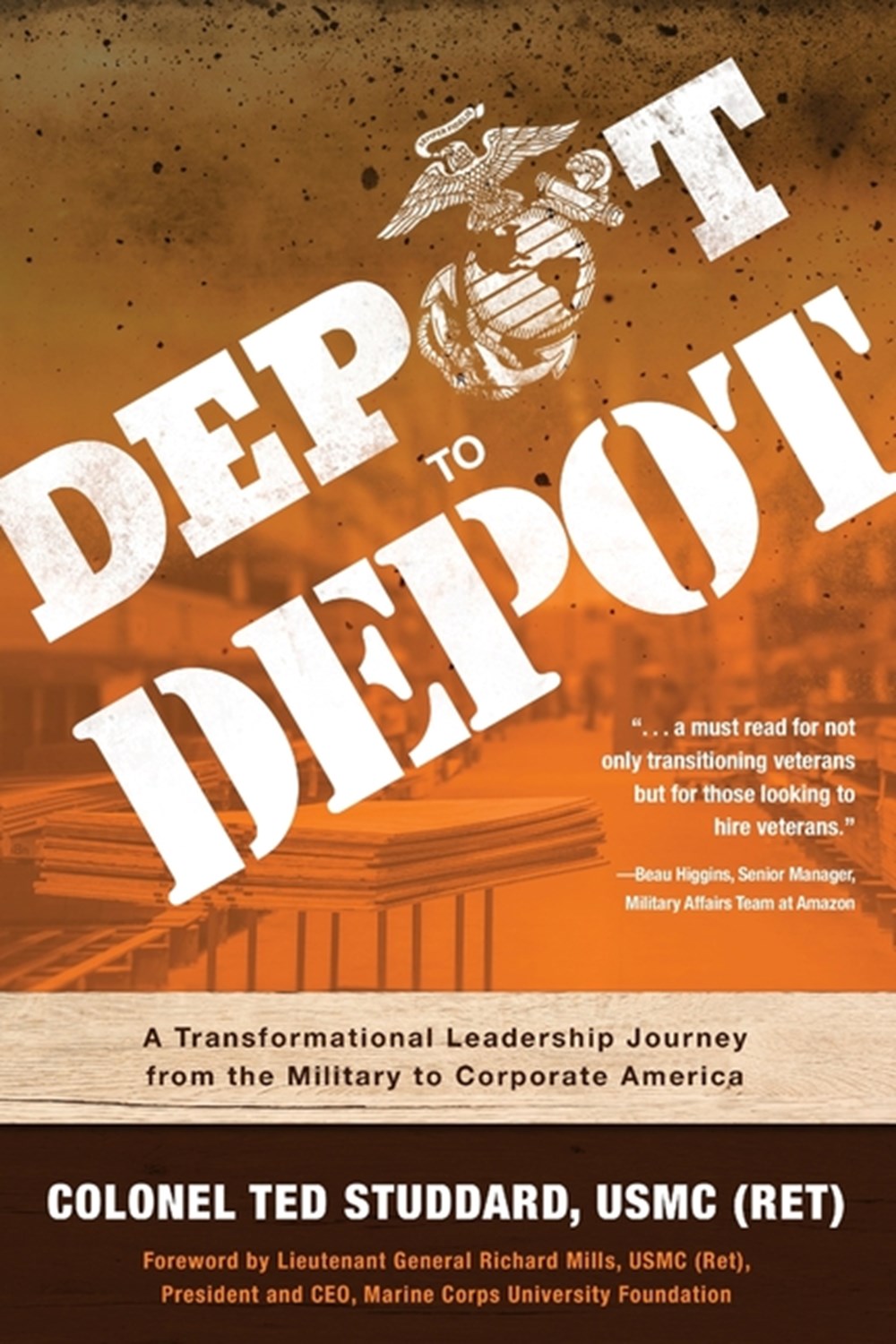 Depot to Depot: A Transformational Leadership Journey from the Military to Corporate America

". . . a must read for not only transitioning veterans but for those looking to hire veterans. " --Beau Higgins, Senior Manager, Military Affairs Team at Amazon Foreword by Lt.

". . . a must read for not only transitioning veterans but for those looking to
hire veterans." --Beau Higgins, Senior Manager, Military Affairs Team at Amazon

Thirty-six hours after graduating high school, Ted Studdard was on his way to boot camp at the Marine Corps Recruit Depot, Parris Island, South Carolina. He started as a private on a journey that would span four decades, touch five continents, encompass two wars, and ended up as a leader at The Home Depot, the number one home improvement retailer in the world. His stories, observations and experiences as a leader--from desert combat, to the halls of the Pentagon, to the aisles of The Home Depot--are sure to enlighten and inspire. Much more than a leadership primer, Depot to Depot provides a great illustration of the transformation that veterans must make as they begin their personal journey from the service back into civilian life, and highlights this huge reservoir of human capital that can be leveraged by Corporate America to reinforce our national economy.