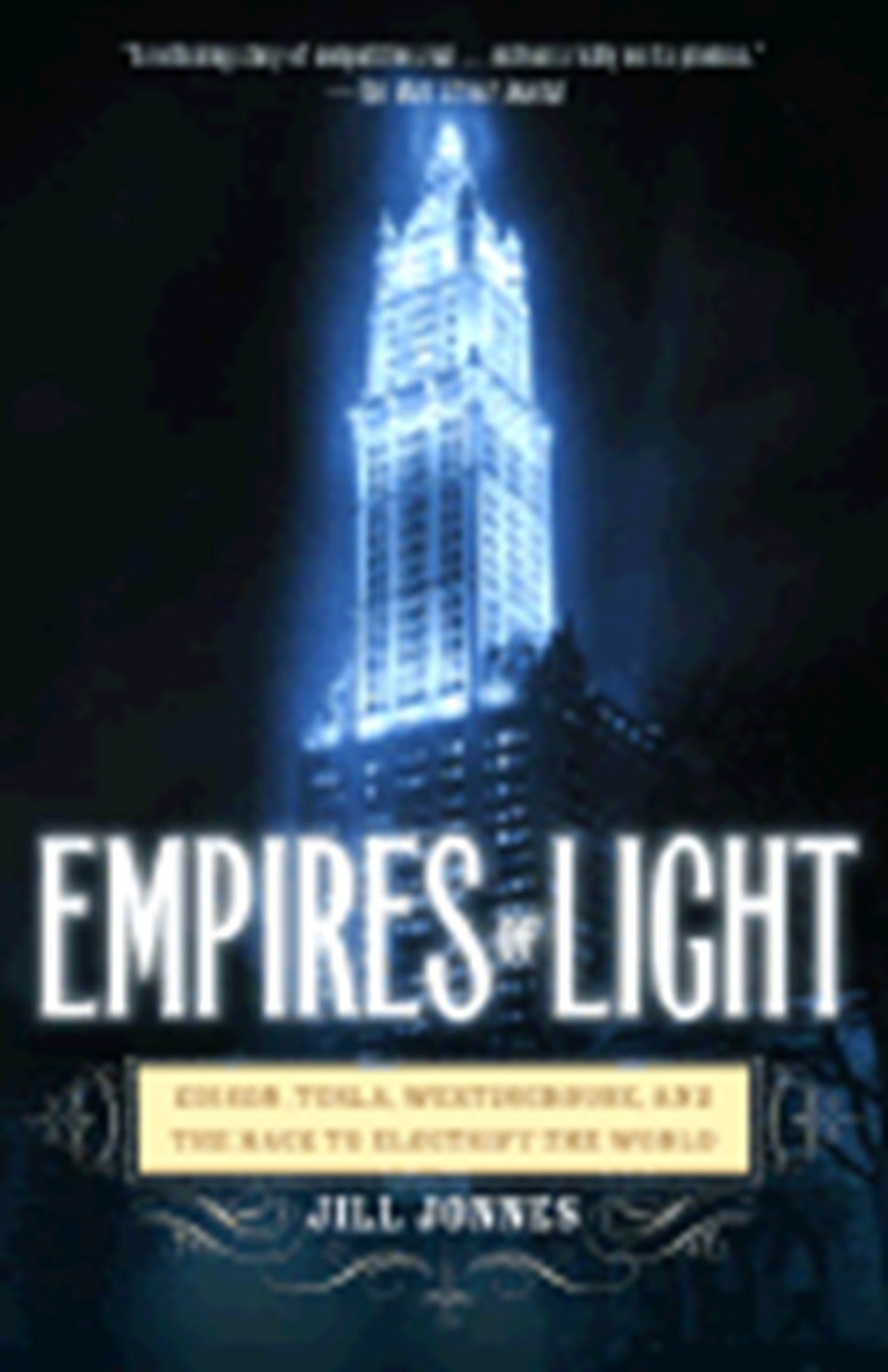 Empires of Light: Edison, Tesla, Westinghouse, and the Race to Electrify the World (Rh Trade PB)

In the final decades of the nineteenth century, three brilliant and visionary titans of America's Gilded Age Thomas Edison, Nikola Tesla, and George Westinghouse battled bitterly as each vied to create a vast and powerful electrical empire.

In the final decades of the nineteenth century, three brilliant and visionary titans of America's Gilded Age Thomas Edison, Nikola Tesla, and George Westinghouse battled bitterly as each vied to create a vast and powerful electrical empire. In Empires of Light, historian Jill Jonnes portrays this extraordinary trio and their riveting and ruthless world of cutting-edge science, invention, intrigue, money, death, and hard-eyed Wall Street millionaires. At the heart of the story are Thomas Alva Edison, the nation's most famous and folksy inventor, creator of the incandescent light bulb and mastermind of the world's first direct current electrical light networks; the Serbian wizard of invention Nikola Tesla, elegant, highly eccentric, a dreamer who revolutionized the generation and delivery of electricity; and the charismatic George Westinghouse, Pittsburgh inventor and tough corporate entrepreneur, an industrial idealist who in the era of gaslight imagined a world powered by cheap and plentiful electricity and worked heart and soul to create it.
Edison struggled to introduce his radical new direct current (DC) technology into the hurly-burly of New York City as Tesla and Westinghouse challenged his dominance with their alternating current (AC), thus setting the stage for one of the eeriest feuds in American corporate history, the War of the Electric Currents. The battlegrounds: Wall Street, the 1893 Chicago World's Fair, Niagara Falls, and, finally, the death chamber Jonnes takes us on the tense walk down a prison hallway and into the sunlit room where William Kemmler, convicted ax murderer, became the first man to die in the electric chair.
Empires of Light is the gripping history of electricity, the mysterious fluid, and how the fateful collision of Edison, Tesla, and Westinghouse left the world utterly transformed.

Urban Forests: A Natural History of Trees and People in the American Cityscape