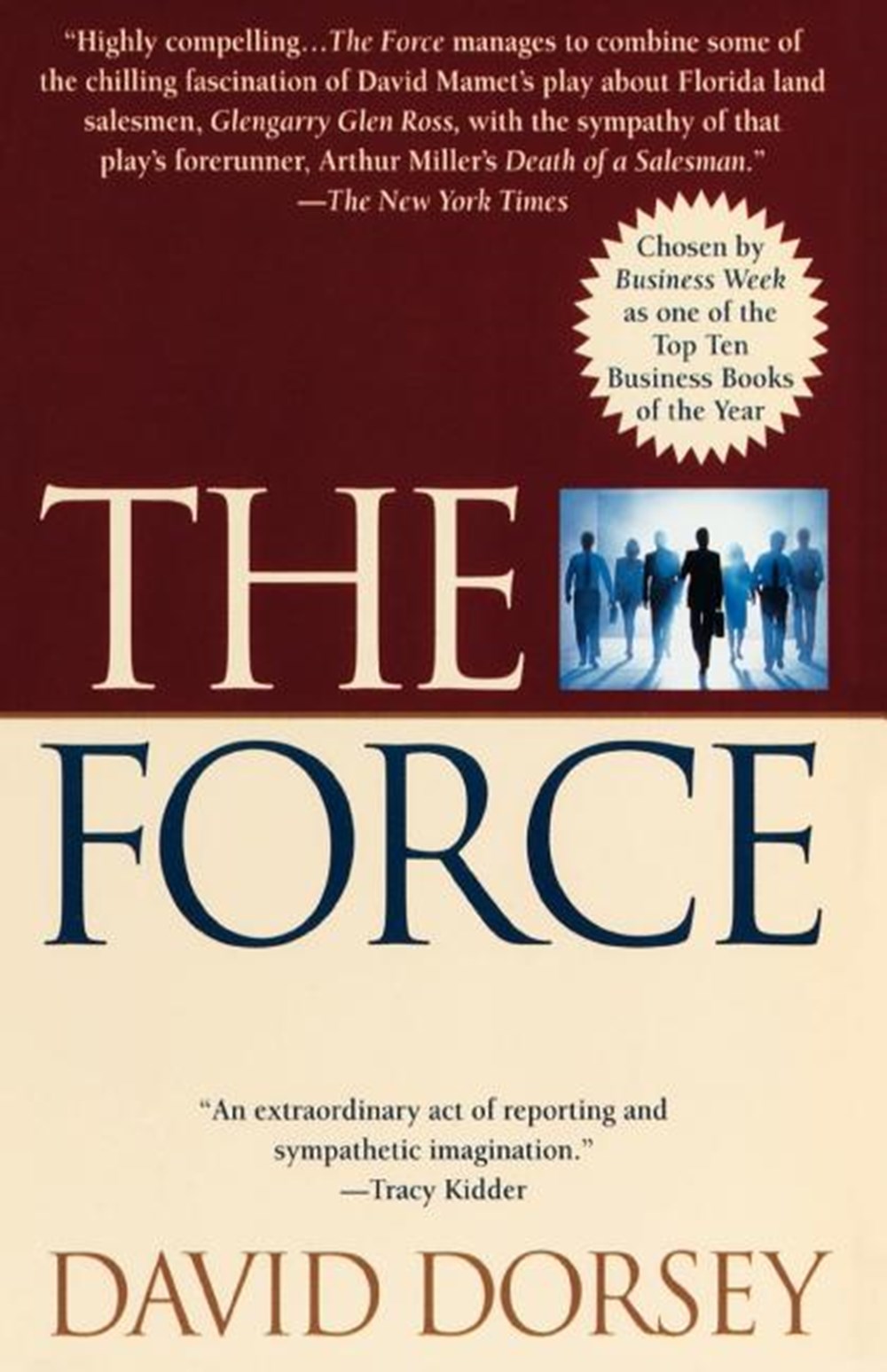 "If you want to know how America's business wars are waged in the trenches, The Force is for you. A gripping book. "--Newsday"SKILLFULLY REPORTED, INSIGHTFUL.

Tune in today as Jack Covert interviews David Dorsey about his book The Force. Both the book and the discussion are about the dramatic experience of spending a year with the Xerox sales force, where sales, presentation, acting, relationships, and business are all in the fold. Dorsey's book is one of the books in Jack and Todd's book The 100 Best Business Books of All Time. READ FULL DESCRIPTION

In 1994, Dave Dorsey wrote a great book call The Force about the Xerox salesforce that he followed around for a year. The book is so good we included it in The 100 Best. He has written a short piece for us about what the parallels exists between what he wrote about in The Force and what he see going on today: The current financial crisis brings back memories for me. READ FULL DESCRIPTION

We have just one more week until the launch of the book that brought InBubbleWrap back online--The 100 Best Business Books of All Time. Next week, you'll have a chance to win The 100 Best itself, with a few extras to sweeten that already delicious pot. This week we are giving away The Force by David Dorsey. READ FULL DESCRIPTION

"If you want to know how America's business wars are waged in the trenches, The Force is for you. A gripping book."
--Newsday
"SKILLFULLY REPORTED, INSIGHTFUL...Dorsey lights up our vision of the American salesman with his own sharply reported eyewitness account."
--People
In this fascinating book, reporter David Dorsey turns a year on the Xerox sales force into an emotionally charged human drama. The Force tracks Fred Thomas and his sales team from the shiny glass office building where work starts at dawn to the rolling green country clubs where they woo customers, from the smoke-filled bars where they unwind to the plush suburban bedrooms where they try to forget the pressures of the day. And as the year unfolds, we get swept up in the burning question at the center of all of their lives: will they make their quota?
"Meet Fred Thomas. He's a real person, working in a real job in a real company. And he's the hero of The Force, David Dorsey's brilliant chronicle of life in the real world of contemporary business. Dorsey's book draws a picture that is as intimate as a great novel. It is a book that captures in the most essential details and the most sweeping prose the cross-wired paradoxes that lie at the heart of the New Economy. Fred is Us. He's the next-generation Willie Loman working in a world put into hyperdrive...Fred is the salesman as Everyman."
--Harvard Business Review

Visions of a Nebraska Artist, The Journey Continues: Paintings and drawing of David Dorsey