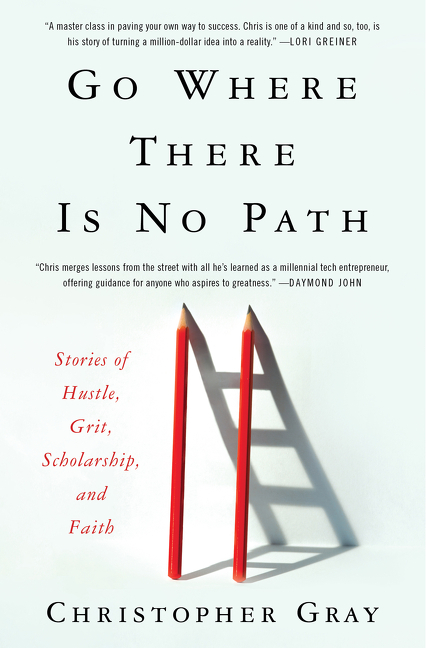 The founder of Scholly, an app that helps match college applicants with millions of dollars in unclaimed scholarships, presents a playbook for other young underprivileged students to overcome the obstacles to realizing their educational aspirations.

Christopher Gray wants people to see an outsider's success as earned, not a fluke, and for entrepreneurs to know that for-profit companies, just as well as non-profits, can be good companies that offer solutions to social issues. READ FULL DESCRIPTION

For all who dare to go off the beaten track, this is the inspirational, power-packed playbook for transforming your life and your world--from a young, Black social entrepreneur whose dorm-room tech startup, Scholly, has helped millions pay for college and access unprecedented opportunity.

Christopher Gray grew up in deep poverty in Birmingham, Alabama. An academic star, he had every qualification for attending a top college--except for the financial means. Desperate, Gray headed off the beaten path, applying for every scholarship he could find. His hustle resulted in awards of 1.3 million dollars and inspired him to create a startup called Scholly, an app that matches college applicants with millions of dollars in scholarships that often go unclaimed.

As a senior at Drexel University, Gray appeared on Shark Tank and, in the most heated fight in the show's history, was challenged on whether his app was a charity or a profitable business. Both, he insisted, proposing a new paradigm for social entrepreneurship and netting deals from Lori Greiner and Daymond John.

At the time Scholly had 90,000 users. Today the app has 4 million subscribers who have won scholarships totaling more than $100 million. Meanwhile, Gray has emerged as a tech startup superhero now tackling the crisis of student debt with innovative, unrivaled strategies.

Gray's story is proof that when you create opportunities for others, you enrich the marketplace for yourself too. He shows us, we can carve out new paths to better days and leave trails for others.

Christopher Gray, co-founder/CEO of Scholly, is a regular contributor to Forbes Magazine , has made the top of the 2016 Forbes 30 Under 30 List for Social Entrepreneurship, and was one of Oprah's Inaugural Super Soul 100 honorees as one of her favorite people.