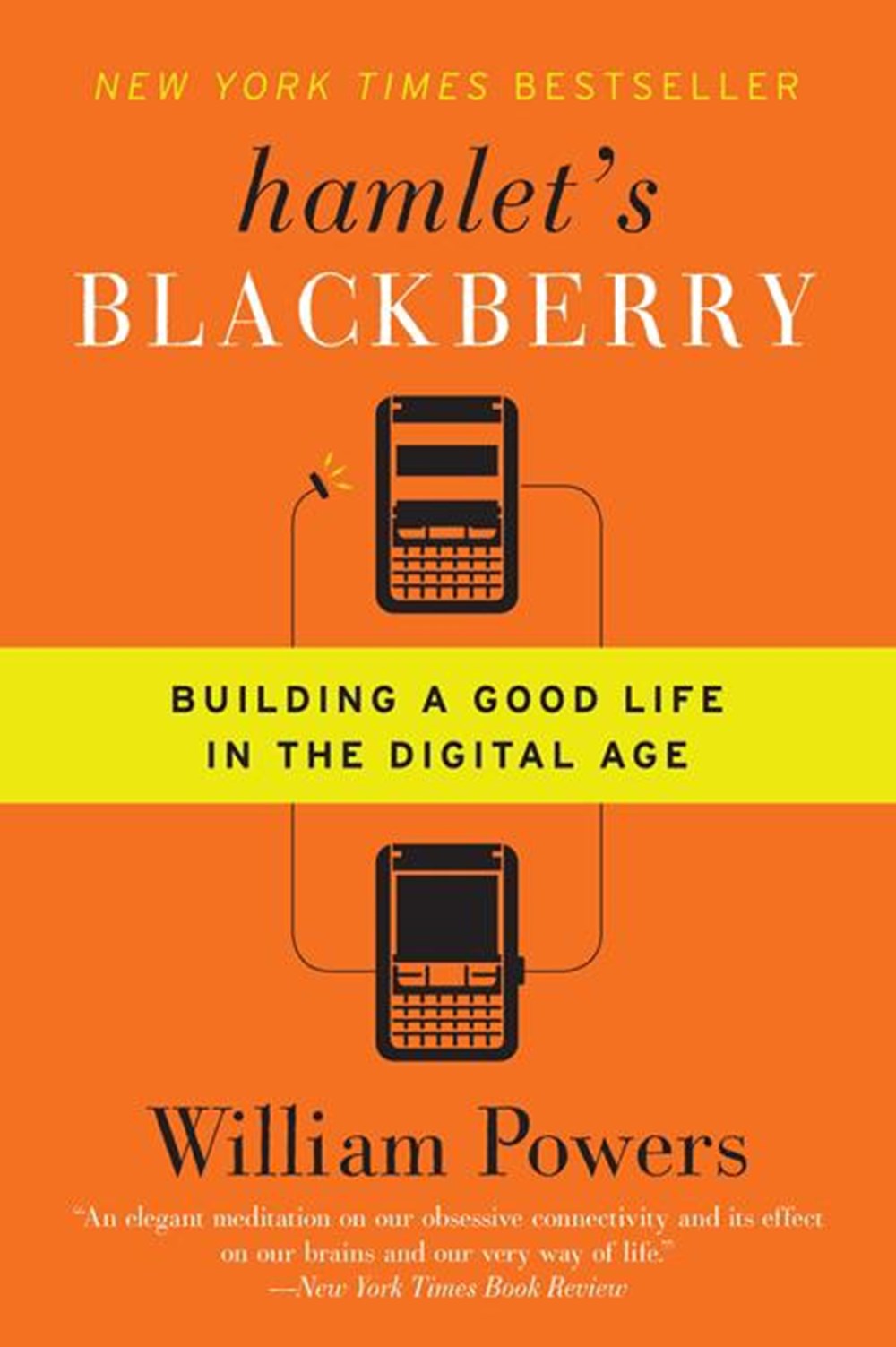 Hamlet's Blackberry: Building a Good Life in the Digital Age

A brilliant and thoughtful handbook for the Internet age. Bob Woodward

A crisp, passionately argued answer to the question that everyone who s grown dependent on digital devices is asking: Where s the rest of my life? Hamlet s BlackBerry challenges the widely held assumption that the more we connect through technology, the better. It s time to strike a new balance, William Powers argues, and discover why it's also important to disconnect. Part memoir, part intellectual journey, the book draws on the technological past and great thinkers such as Shakespeare and Thoreau. Connectedness has been considered from an organizational and economic standpoint from Here Comes Everybody to Wikinomics but Powers examines it on a deep interpersonal, psychological, and emotional level. Readers of Malcolm Gladwell s The Tipping Point and Outliers will relish Hamlet s BlackBerry."

What does it mean to be "connected"? What are the positive and negative effects for a society achieving connectedness increasingly through technology? In Hamlet's BlackBerry, William Powers reflects on our society's relationship with technology and its effect on business and intrapersonal relationships. Though everything from social networking to smartphones has made has made it easier to communicate, many fear that the new social landscape diminishes the quality of human interaction. Today's students have grown up with and will continue to encounter unprecedented change as aresult of the digital age. Unlike any previous generation they will be called upon to construct values and ethics in a world in which rapid technological change is the norm. Smart and soulful, Hamlet's BlackBerry asks students to evaluate what it means to be connected in a practical and philosophical sense and teaches them to evaluate the importance of this in their lives. "In Hamlet's BlackBerry, William Powers helps us understand what being 'connected' disconnects us from, and offers wise advice about what we can do about it. This is a thoughtful, elegant, and moving book."-Barry Schwartz, author of The Paradox of Choice: Why More Is Less