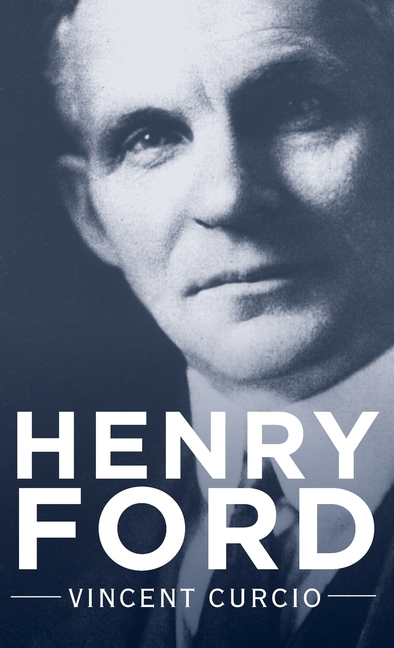 Most great figures in American history reveal great contradictions, and Henry Ford is no exception. He championed his workers, offering unprecedented wages, yet crushed their attempts to organize.

Most great figures in American history reveal great contradictions, and Henry Ford is no exception. He championed his workers, offering unprecedented wages, yet crushed their attempts to organize. Virulently anti-Semitic, he never employed fewer than 3,000 Jews. An outspoken pacifist, he made millions producing war materials. He urbanized the modern world, and then tried to drag it back into a romanticized rural past he'd helped to destroy. As the American auto industry struggles to reinvent itself, Vincent Curcio's timely biography offers a wealth of new insight into the man who started it all. Henry Ford not only founded Ford Motor Company but institutionalized assembly line production and, some would argue, created the American middle class. By constantly improving his product and increasing sales, Ford was able to lower the price of the automobile until it became a universal commodity. He paid his workers so well that, for the first time in history, the people who manufactured a complex industrial product could own one. This was Fordism--social engineering on a vast scale. But, as Curcio displays, Ford's anti-Semitism would forever stain his reputation. Hitler admired him greatly, both for his anti-Semitism and his autocratic leadership, displaying Ford's picture in his bedroom and keeping a copy of Ford's My Life and Work by his bedside. Nevertheless, Ford's economic and social initiatives, as well as his deft handling of his public image, kept his popularity high among Americans. He offered good pay, good benefits, English language classes, and employment for those who struggled to find jobs--handicapped, African-American, and female workers. Such was his popularity that in 1923, the homespun, clean-living, xenophobic Henry Ford nearly won the Republican presidential nomination. This new volume in the Lives and Legacies series explores the full impact of Ford's indisputable greatness, the deep flaws that complicate his legacy, and what he means for our own time.