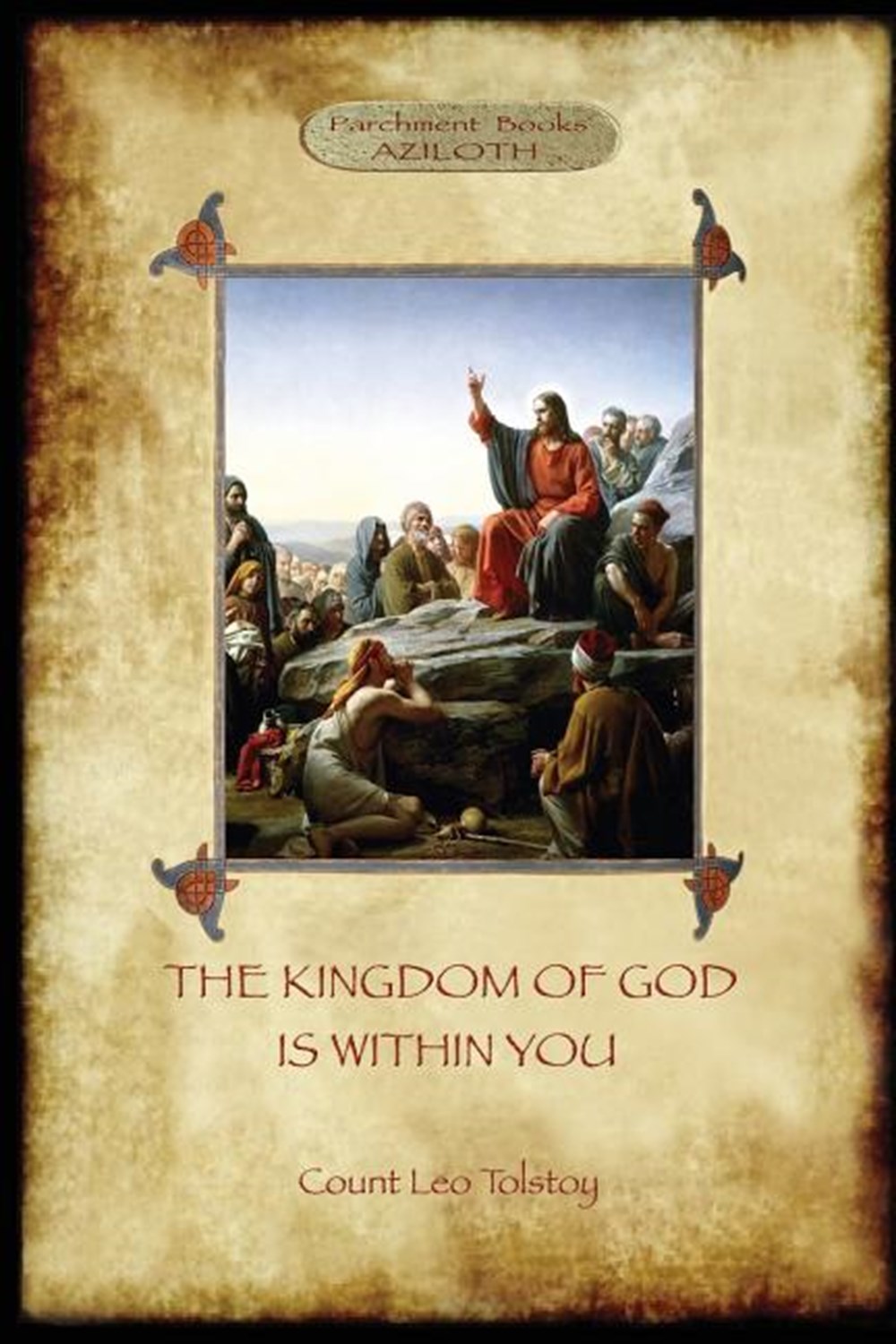 The Kingdom of God is Within You: with preface by the author (Aziloth Books)

Leo Tolstoy was born into a Russian aristocratic family in 1828, and rose to be the foremost novelist of his time, penning such classics as 'War and Peace', and 'Anna Karenina'.

Leo Tolstoy was born into a Russian aristocratic family in 1828, and rose to be the foremost novelist of his time, penning such classics as 'War and Peace', and 'Anna Karenina'. Prosperous and secure, in the 1870s he suffered a mid-life crisis, questioning all his fame and success, and finding existence utterly meaningless. This 'dark night of the soul' ended in a spiritual awakening, in which he returned to the Christianity he had rejected in his youth. But it was a very different Christianity to that espoused by Russia's Orthodox Church. In 'The Kingdom of God Is Within You', Tolstoy demands a literal interpretation of Christ's teachings, as exemplified by The Sermon on the Mount. Christianity insists on non-violence, non-resistance to evil and forgiveness, and those that act differently while claiming to be His followers are either deluded or hypocrites. Tolstoy is especially scathing of the Orthodox Church and of secular governments, a fact that led to his book being banned in Czarist Russia. But the message of 'The Kingdom of God' resonated far beyond Christianity and the borders of Tolstoy's homeland. Its uncompromising insistence on the moral necessity of non-violent resistance has influenced such pivotal figures as Martin Luther King and Mohandas Gandhi, the Mahatma declaring it to be a treasure of "independent thinking, profound morality and truthfulness." A thought-provoking read that will prompt critical self-examination in both believer and non-believer alike.