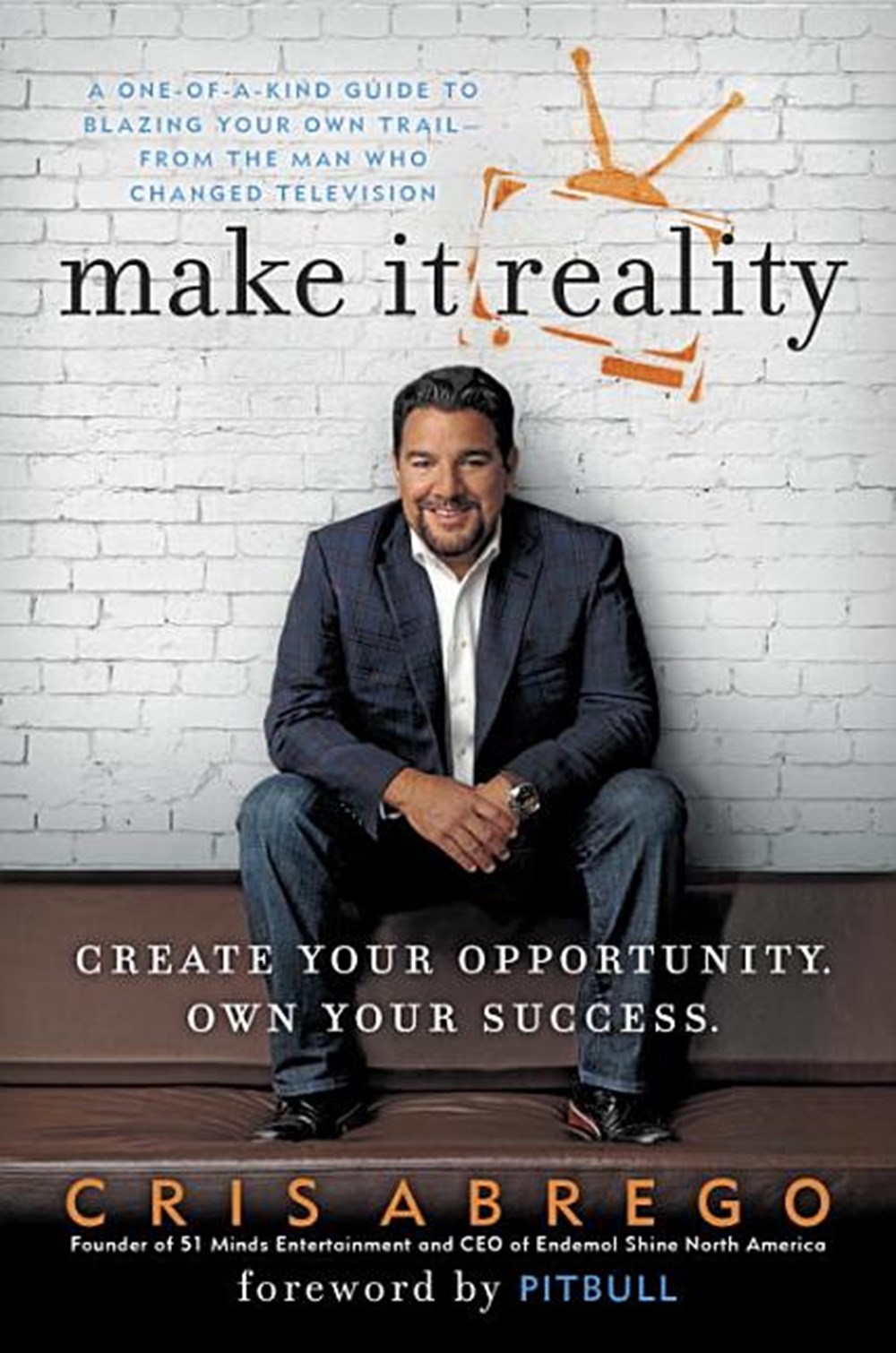 Make It Reality: Create Your Opportunity, Own Your Success

The creator and producer of several mega-hit television series, including The Surreal Life, Flavor of Love, Rock of Love, and Charm School, shares his incredible journey of making it to the top--and how you can too.

The creator and producer of several mega-hit television series, including The Surreal Life, Flavor of Love, Rock of Love, and Charm School, shares his incredible journey of making it to the top--and how you can too.

"No one paves the road for you. You have to create your own path. If you believe in your dreams, embrace what makes you different, and bet on yourself, the destination will be greater than you ever imagined."--Cris Abrego From carrying camera gear on the sets of MTV's Road Rules, to pioneering the celebreality genre by creating such breakout hits as The Surreal Life and The Flavor of Love, and now as one of today's most prominent figures in the television industry--Cris Abrego's career has been nothing short of extraordinary. As a young boy growing up in L.A., Abrego spent his formative years glued to his family's TV set, forging his dream of one day working in television. With unrelenting drive, he overcame countless obstacles to build his own reality TV production company in his garage, which, by his mid-thirties, he sold to one of the world's largest television production companies, before being tapped as their co-CEO. In Make It Reality, Abrego provides practical and motivating lessons collected from almost twenty years on the frontlines of television, including: how to visualize and your goals and work tirelessly to attain them; when to take risks and push boundaries; and how to continually raise the bar for yourself and realize there are no limits on what can be achieved. Success isn't about your pedigree or your connections: it's about vision, leadership, and courage. Abrego's story is unforgettable, full of heart, and inspiring to anyone seeking to transcend all obstacles and achieve true success. Foreword by Pitbull