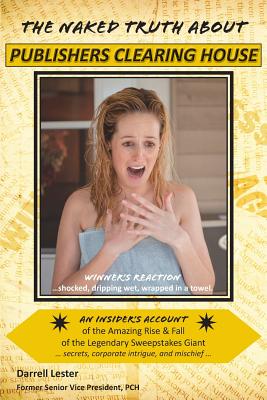 "You could already be a winner " And who wouldn't like to win $10,000,000. This intriguing book tells the never-before-told, true story of a legendary company that is now part of American pop culture: Publishers Clearing House.

This intriguing book tells the never-before-told, true story of a legendary company that is now part of American pop culture: Publishers Clearing House.

The saga of Publishers Clearing House has been called one of the greatest marketing stories of the 20th century. As the veils of secrecy behind this iconic company are uncovered, the tale is sure to fascinate both consumers and the business world alike. The account tells how a small mom-and-pop company became one of the most profitable private companies in America, while the founders quietly became one of the most philanthropic families in the country. But after almost fifty years of spectacular growth and great acclaim, at the peak of their success, the tides suddenly took a disastrous turn. PCH was fiercely attacked from all sides, and faced an avalanche of negative publicity and lawsuits. This captivating chronicle reveals the private company's fabulous highs and devastating lows, the single incident that caused the dramatic change in climate, PCH's intense battle for survival, and the ensuing destruction of an entire industry.

With thirty years at this famous company, the author has more insider knowledge of the history, inner workings, and personnel at PCH than any other person alive. This former Senior Vice President also shares many comical tales of the playful management team, fun-filled adventures of the Prize Patrol, and much more, including the provocative incident of the surprised, towel-wrapped prizewinner on the cover.