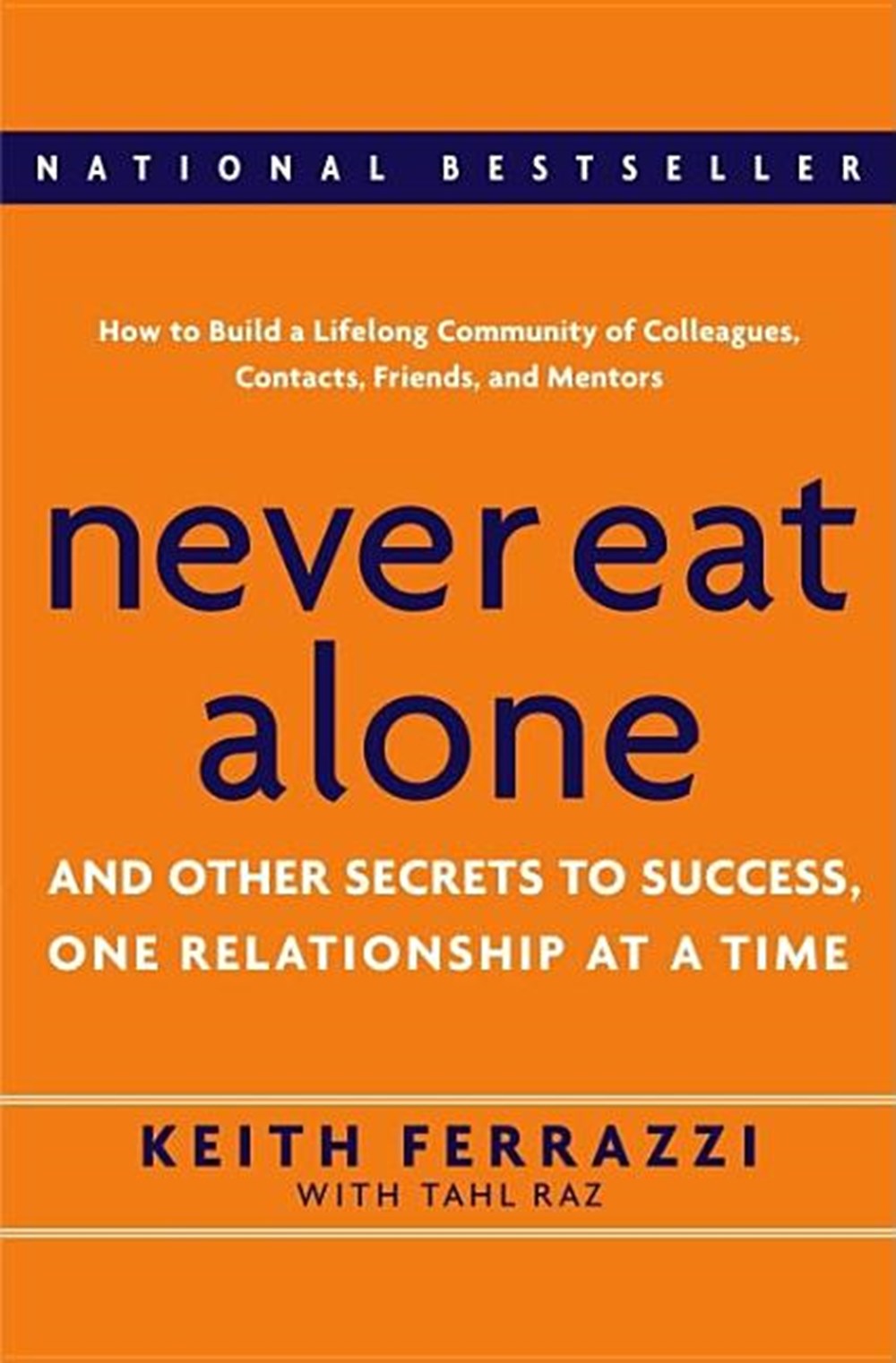 Never Eat Alone: And Other Secrets to Success, One Relationship at a Time

YaYa CEO Ferrazzi works with "Inc." writer Raz to explain the guiding principles he has mastered over a lifetime of reaching out to explain what it takes to build the kind of lasting, mutually beneficial relationships that lead to professional and personal success.

On October 9th, Mitch Joel of The Six Pixels of Separation Blog posted a list of six Books You Need To Read To Succeed In Business . The post generated quite a lot of buzz, suggesting that, contrary to popular opinion, people still read books. The list was: The Cluetrain Manifesto: The End of Business as Usual by Rick Levine Christopher Locke, Doc Searls &amp; David Weinberger Here Comes Everybody: The Power of Organizing Without Organizations by Clay Shirky Life After the 30-Second Spot: Energize Your Brand With a Bold Mix of Alternatives to Traditional Advertising by Joseph Jaffe Purple Cow: Transform Your Business by Being Remarkable by Seth Godin Re-Imagine! READ FULL DESCRIPTION

Never Eat Alone is a 2005 book written by Keith Ferrazzi. The subtitle "The Ultimate Networker Reveals How To Build a Lifelong Community of Collegues, Contacts, Friends, and Mentors" sums up the book pretty well. We have an excerpt on our site from Chapter 17 - "The Art of Small Talk" and here is a video of Ferrazzi speaking at a Microsoft event. READ FULL DESCRIPTION

Do you want to get ahead in life?
Climb the ladder to personal success?
The secret, master networker Keith Ferrazzi claims, is in reaching out to other people. As Ferrazzi discovered early in life, what distinguishes highly successful people from everyone else is the way they use the power of relationships--so that everyone wins.
In "Never Eat Alone," Ferrazzi lays out the specific steps--and inner mindset--he uses to reach out to connect with the thousands of colleagues, friends, and associates on his Rolodex, people he has helped and who have helped him.
The son of a small-town steelworker and a cleaning lady, Ferrazzi first used his remarkable ability to connect with others to pave the way to a scholarship at Yale, a Harvard MBA, and several top executive posts. Not yet out of his thirties, he developed a network of relationships that stretched from Washington's corridors of power to Hollywood's A-list, leading to him being named one of Crain's 40 Under 40 and selected as a Global Leader for Tomorrow by the Davos World Economic Forum.
Ferrazzi's form of connecting to the world around him is based on generosity, helping friends connect with other friends. Ferrazzi distinguishes genuine relationship-building from the crude, desperate glad-handling usually associated with "networking." He then distills his system of reaching out to people into practical, proven principles. Among them:
Don't keep score: It's never simply about getting what you want. It's about getting what you want and making sure that the people who are important to you get what they want, too.
"Ping" constantly: The Ins and Outs of reaching out to those in your circle of contacts all the time--not just when you need something.
Never eat alone: The dynamics of status are the same whether you're working at a corporation or attending a society event-- "invisibility" is a fate worse than failure.
In the course of the book, Ferrazzi outlines the timeless strategies shared by the world's most connected individuals, from Katherine Graham to Bill Clinton, Vernon Jordan to the Dalai Lama.
Chock full of specific advice on handling rejection, getting past gatekeepers, becoming a "conference commando," and more, "Never Eat Alone" is destined to take its place alongside "How to Win Friends and Influence People" as an inspirational classic. 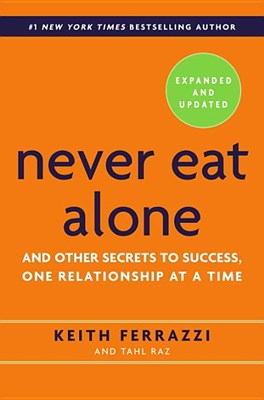 Never Eat Alone: And Other Secrets to Success, One Relationship at a Time (Expanded, Updated) 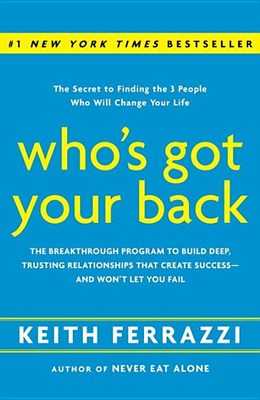 Who's Got Your Back: The Breakthrough Program to Build Deep, Trusting Relationships That Create Success--And Won't Let You Fail