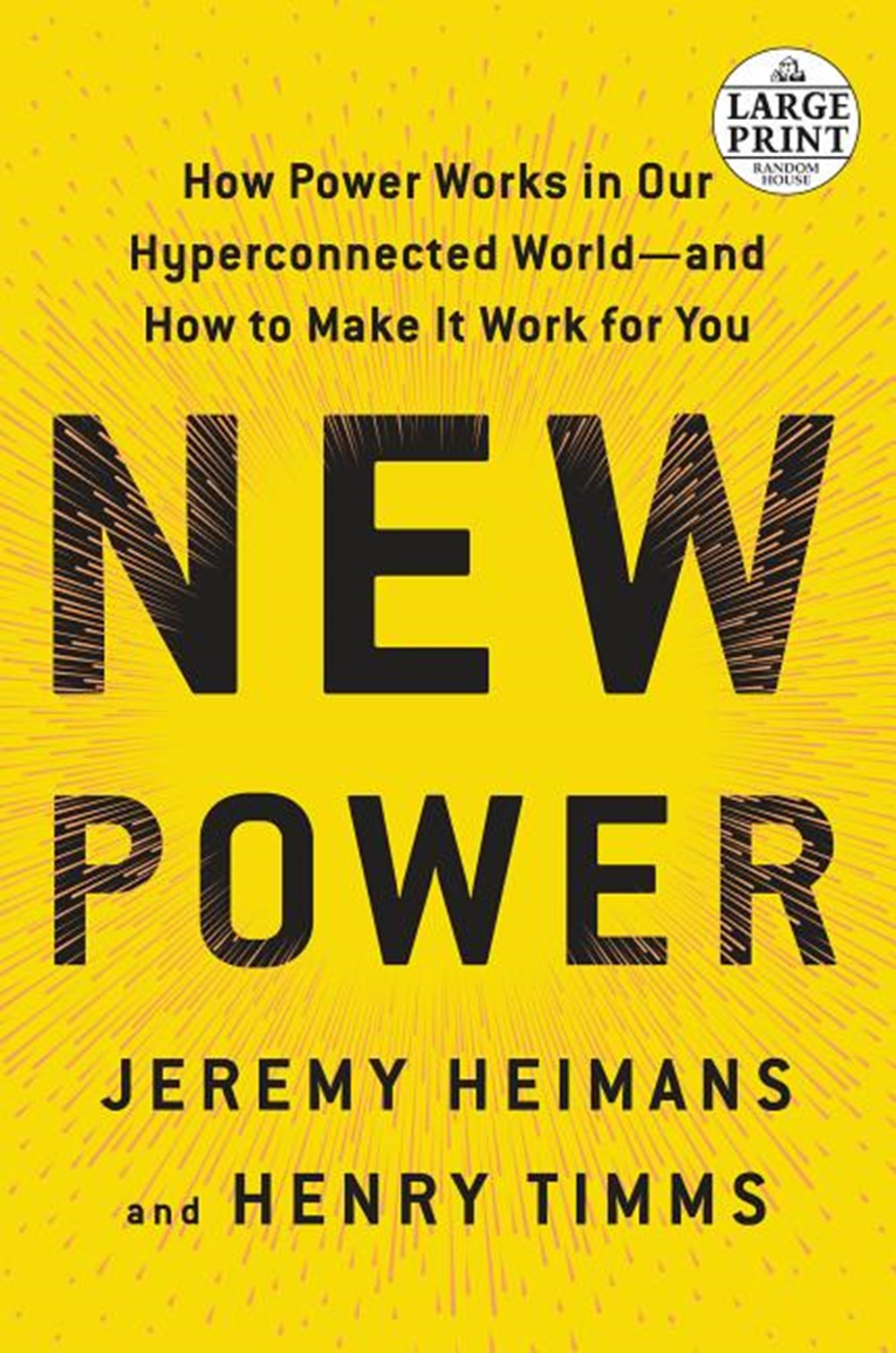 NOW A NATIONAL BESTSELLER The definitive guide to spreading ideas, building movements, and leaping ahead in our chaotic, connected age. Get the book New York Times columnist David Brooks calls "the best window I've seen into this new world." Why do some leap ahead while others fall behind in our chaotic, connected age? In New Power, Jeremy Heimans and Henry Timms confront the biggest stories of our time--the rise of mega-platforms like Facebook and Uber; the out-of-nowhere victories of Obama and Trump; the unexpected emergence of movements like #MeToo--and reveal what's really behind them: the rise of "new power."
For most of human history, the rules of power were clear: power was something to be seized and then jealously guarded. This "old power" was out of reach for the vast majority of people. But our ubiquitous connectivity makes possible a different kind of power. "New power" is made by many. It is open, participatory, and peer-driven. It works like a current, not a currency--and it is most forceful when it surges. The battle between old and new power is determining who governs us, how we work, and even how we think and feel.
New Power shines fresh light on the cultural phenomena of our day, from #BlackLivesMatter to the Ice Bucket Challenge to Airbnb, uncovering the new power forces that made them huge. Drawing on examples from business, activism, and pop culture, as well as the study of organizations like Lego, NASA, Reddit, and TED, Heimans and Timms explain how to build new power and channel it successfully. They also explore the dark side of these forces: the way ISIS has co-opted new power to monstrous ends, and the rise of the alt-right's "intensity machine."
In an era increasingly shaped by new power, this groundbreaking book offers us a new way to understand the world--and our role in it. 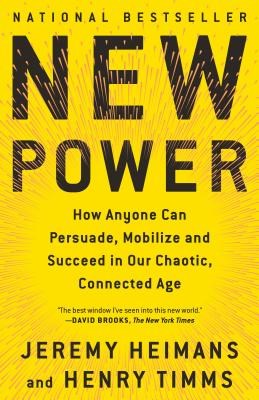 New Power: How Anyone Can Persuade, Mobilize, and Succeed in Our Chaotic, Connected Age 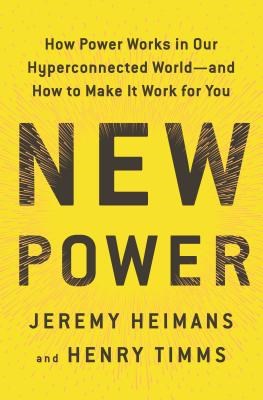