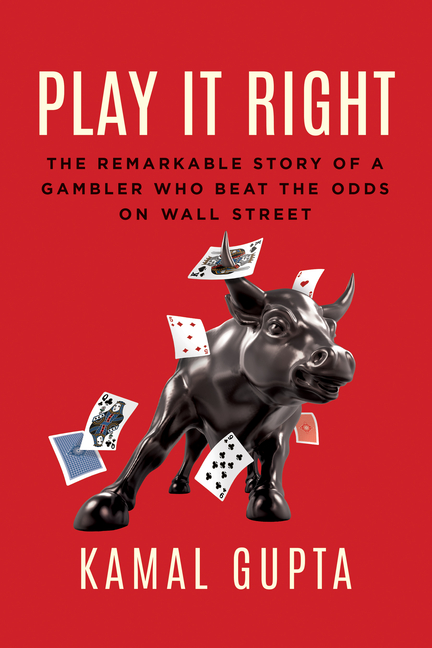 Play It Right: The Remarkable Story of a Gambler Who Beat the Odds on Wall Street

Kamal Gupta chronicles his journey from a professional gambler to a money manager at some of the world's largest hedge funds. From New Delhi to Las Vegas to New York, Play It Right is a real-life account of the author's darkly comic struggle for survival in an industry where fear and greed rule the day.

All around the world, the words "Wall Street" conjure up a powerful image. For some, it is the center of America's capitalist system and the engine of its economic growth. For others, it is the home of rapacious bankers and reckless traders whose greed would lead to a global financial crisis. For an Indian-born blackjack player, Wall Street represented something else entirely -- a chance for him to play in the largest casino in the world.

Kamal Gupta's improbable journey, from a wide-eyed Indian immigrant to an ultimate insider in the rarefied world of investment banks and hedge funds, is a uniquely American story. Nowhere else would it have been possible for a scrawny computer scientist to enter the world of high finance solely on the basis of his gambling abilities. After spending seven years creating an investment methodology, Gupta went on an incredible run, generating an unprecedented 103 consecutive months of positive returns while managing money at large hedge funds. His success did not go unnoticed, and he found himself under constant pressure to take bigger risks to make even more money. He refused and always played it right, knowing that there was such a thing as "enough" money, something very few, if any, of his Wall Street peers understood.

Much like Maria Konnikova's bestseller, The Biggest Bluff, Play It Right isn't so much about money as it is about the human condition and beating the odds, whether at a casino, on Wall Street, or in life itself.

Kamal Gupta earned an undergraduate degree in electrical engineering from the Indian Institute of Technology in New Delhi -- entering the elite institution after only completing eleventh grade -- and received a master's in computer science from the University of Wisconsin-Madison in just 11 months.