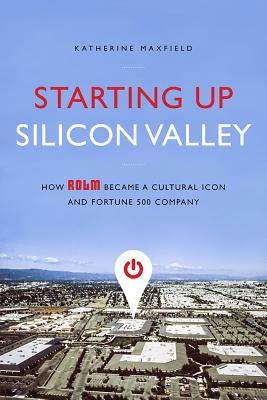 Starting Up Silicon Valley: How Rolm Became a Cultural Icon and Fortune 500 Company

From Fruit Shed to Fortune 500: The inside story of ROLM and its continuing influence on Silicon Valley

From Fruit Shed to Fortune 500: The inside story of ROLM and its continuing influence on Silicon Valley

Decades before Facebook, seven years before Apple, four young men were hard at work in a prune-drying shed designing the world s toughest computer. That was the founding of ROLM Corporation, at a time when the orchards of Santa Clara County were being transformed into what would become Silicon Valley.
By 1984 merely fifteen years later ROLM was a Fortune 500 company with worldwide offices and a park-like campus. That same year, IBM bought the company in the biggest deal Silicon Valley had ever seen. By then, Silicon Valley was the world s center of innovation, with a hallmark culture very different from the rest of corporate America. ROLM set the benchmark for that culture by providing significant financial rewards for smart, successful work, and an environment where employees could unwind swimming laps, playing tennis, or dining brookside. ROLM s influence extends today, in campuses like those of Google and Cisco, where onsite masseuses and sushi chefs are commonplace.
"Starting Up Silicon Valley" reveals
leadership s challenges, doubts, and convictions, from start-up to buyout and beyond;
how ROLM s technological innovations disrupted two industries;
why ROLM was known as a Great Place to Work (GPW) and how that style can influence today s workplace;
the dirty tricks that giant AT&T undertook to smash competition that threatened its domain; and
the hopes and frustrations of an IBM merger, from both sides of the story.
Humorous anecdotes and the wisdom of some of Silicon Valley s most respected leaders make "Starting Up Silicon Valley" an intimate story of one of the Valley s most important and culturally influential companies."