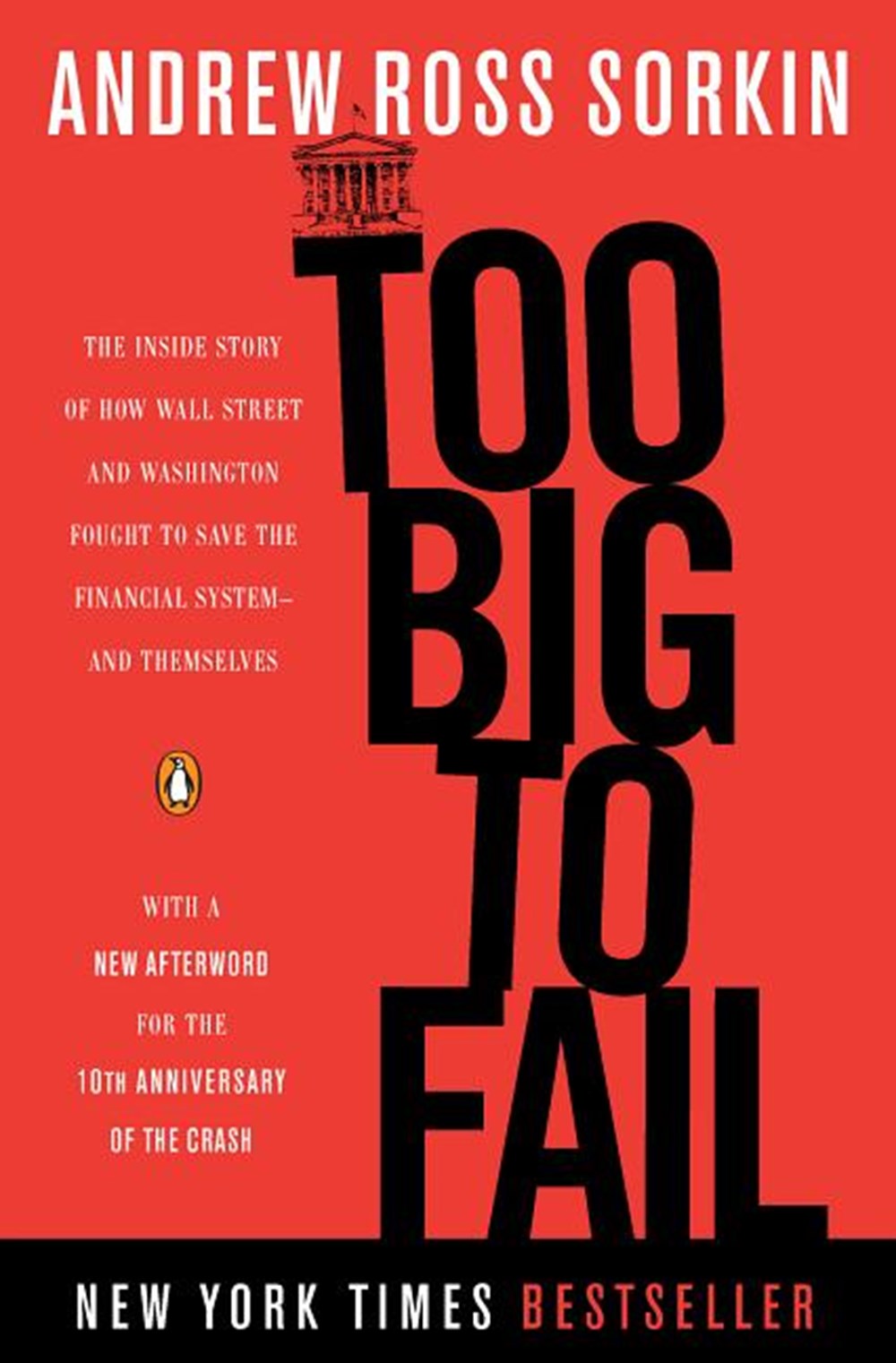 Too Big to Fail: The Inside Story of How Wall Street and Washington Fought to Save the Financial System—And Themselves by Andrew Ross Sorkin, Viking Books, 624 pages, $32. 95, Hardcover, October 2009, ISBN 9780670021253 Even though Too Big to Fail was written during the same year as the recent financial collapse occurred, Andrew Ross Sorkin has written what I predict will be the definitive book on the subject. It not only tells a gripping “perfect storm” story—with all the gory details as our 401k’s disappeared and our financial system became nationalized included—but the author humanizes all the players, resulting in an imminently readable, albeit lengthy, book. READ FULL DESCRIPTION

The Zeroes: My Misadventures in the Decade Wall Street Went Insane by Randall Lanes, Portfolio, 353 Pages, $27. 95, Hardcover, July 2010, ISBN 9781591843290 Every decade seems to have a nickname: The Roaring Twenties and The Swinging Sixties, for example. Randall Lane makes a strong case for the past decade to be christened The Zeroes. READ FULL DESCRIPTION

I've not yet finished reading Scott Patterson's The Quants: How a New Breed of Math Whizzes Conquered Wall Street and Nearly Destroyed It, but I'd like to go on record now in disagreement with The Economist's review of the book. I do agree that Patterson's prose can get a bit "purple" in places, but I think his focus on the quantitative models developed and used on Wall Street over the last three decades is an important one. And the way he explores the topic—through the stories of the individuals who created those models—keeps the reader engaged in a tale that might otherwise turn too academic for most. READ FULL DESCRIPTION

In the Books - Off to the Printers XIII

The article below was printed in last year's In the Books—our annual review of the best in the business genre. It my (possibly ill-advised) attempt to look at how some of the books published in 2009 tackled the macroeconomic issues, with a (possibly ill-advised) splash of Candide thrown in awkwardly, for emphasis. If you don't feel like reading the entire essay on the topic, you can skip to the end of the post and see F. READ FULL DESCRIPTION

The Economist has released their Best Books List of 2009. In their Economics &amp; Business category, they chose: Too Big to Fail: The Inside Story of How Wall Street and Washington Fought to Save the Financial Systems—and Themselves by Andrew Ross Sorkin, Viking Lords of Finance: The Bankers Who Broke the World by Liaquat Ahamed, Penguin Press How Markets Fail: The Logic of Economic Calamities by John Cassidy, Farrar Straus Giroux Poorly Made in China: An Insider’s Account of the Tactics Behind China’s Production Game by Paul Midler, John Wiley &amp; Sons Check out The Economist's Page-turners for summaries of these titles and their picks in other categories including Politics &amp; Current Affairs, Biography &amp; Memoirs, History, Science &amp; Technology, Culture &amp; Society and Fiction. READ FULL DESCRIPTION

It's the morning after 9/11, eleven years later. As I sat down to write this post yesterday, I began typing up a description of four commercial airplanes hijacked by religious zealots and flown into the heart of the American establishment: two hitting a set of twin towers in the middle of the country's financial district, which when built were the tallest on Earth; another crashing into a five-sided office building—still the largest on Earth by sheer floor area—that housed the nerve center of the mightiest military the world has ever known; and one that was brought down in a field outside Shanksville, Pennsylvania before it could reach it's final target, believed to be either the White House or the U. S. READ FULL DESCRIPTION

Our economic lives could literally stop on a dime. All it would take is an agreement redefining what a dime is, or is worth, backed by or tied to. It's happened before, and The Economist's "Buttonwood" columnist Philip Coggan believes it will inevitably happen again as the great international play of creditors and debtors enters its next act. READ FULL DESCRIPTION

Too Big To Fail again!

Once Upon a Car: The Fall and Resurrection of America’s Big Three Auto Makers—GM, Ford and Chrysler by Bill Vlasic, William Morrow &amp; Company, 400 Pages, $26. 99, Hardcover, October 2011, ISBN 9780061845628 A couple of years ago, Andrew Ross Sorkin wrote Too Big to Fail, a brilliant and unparalleled “fly on the wall” narrative deep from the heart of the financial meltdown. Now, Bill Vlasic has written the equivalent about the American automotive industry meltdown from 2005 to the present. READ FULL DESCRIPTION

Brand New for 2018: an updated edition featuring a new afterword to mark the 10th anniversary of the financial crisis

The brilliantly reported New York Times bestseller that goes behind the scenes of the financial crisis on Wall Street and in Washington to give the definitive account of the crisis, the basis for the HBO film

"Too Big To Fail is too good to put down. . . . It is the story of the actors in the most extraordinary financial spectacle in 80 years, and it is told brilliantly." --The Economist

In one of the most gripping financial narratives in decades, Andrew Ross Sorkin--a New York Times columnist and one of the country's most respected financial reporters--delivers the first definitive blow-by-blow account of the epochal economic crisis that brought the world to the brink. Through unprecedented access to the players involved, he re-creates all the drama and turmoil of these turbulent days, revealing never-before-disclosed details and recounting how, motivated as often by ego and greed as by fear and self-preservation, the most powerful men and women in finance and politics decided the fate of the world's economy.