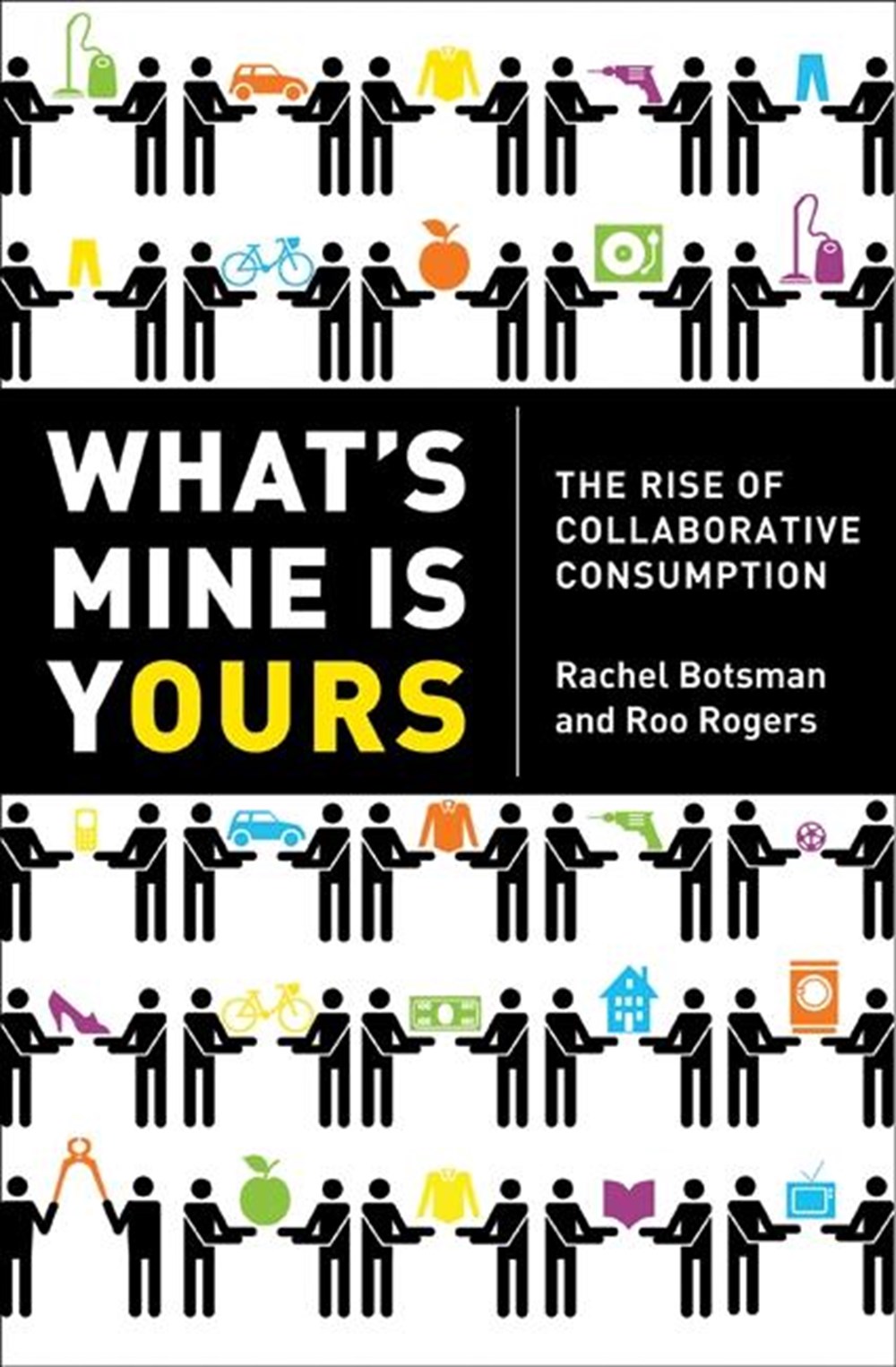 What's Mine Is Yours: The Rise of Collaborative Consumption

A groundbreaking, idea-fueled, good-news book that explores the rise of a newsocioeconomic phenomenon based on shared resources and collective consumptionthe authors call "Collaborative Consumption."

WHAT S MINE IS YOURS is about Collaborative Consumption, a new, emerging economy made possible by online social networks and fueled by increasing cost consciousness and environmental necessity. Collaborative Consumption occurs when people participate in organized sharing, bartering, trading, renting, swapping, and collectives to get the same pleasures of ownership with reduced personal cost and burden, and lower environmental impact.

The book addresses three growing models of Collaborative Consumption: Product Service Systems, Communal Economies, and Redistribution Markets. The first, Product Service Systems, reflects the increasing number of people from all different backgrounds and across ages who are buying into the idea of using the service of the product-what it does for them-without owning it. Examples include Zipcar and Ziploc, and these companies are disrupting traditional industries based on models of individual ownership. Second, in what the authors define as Communal Economies, there is a growing realization that as individual consumers, we have relatively little in the way of bargaining power with corporations. A crowd of consumers, however, introduces a different, empowering dynamic. Online networks are bringing people together again and making them more willing to leverage the proverbial power of numbers. Examples of this second category include Etsy, an online market for handcrafts, or the social lending marketplace Zopa. The third model is Redistribution Markets, exemplified by worldwide networks such as Freecycle and Ebay as well as emerging forms of modern day bartering and swap trading such as Zwaggle, Swaptree, and Zunafish. Social networks facilitate consumer-to-consumer marketplaces that redistribute goods from where they are not needed to somewhere or someone where they are. This business model encourages reusing/reselling of old items rather them throwing them out, thereby reducing the waste and carbon emissions that go along with new production.

WHAT S MINE IS YOURS describes how these three models come together to form a new economy of more sustainable consumerism. Collaborative Consumption started as a trend in conjunction with the emergence of shared collective content/information sites such as Wikipedia and Flickr and with the recent economic troubles and increasing environmental awareness, it is growing into an international movement. The authors predict it will be a fully fledged economy within the next five years.

In this book the authors travel among the quiet revolutionaries (consumers and companies) from all around the world. They explore how businesses will both prosper and fail in this environment, and, in particular, they examine how it has the potential to help create the mass sustainable change in consumer behaviors this planet so desperately needs. The authors themselves are environmentalists, but they are also entrepreneurs, parents, and optimistic citizens. This is a good news book about long-term positive change.