Earl Swift rediscovers the final three Apollo Moon landings, arguing that these overlooked missions—distinguished by the use of the revolutionary Lunar Roving Vehicle—were the pinnacle of human exploration. 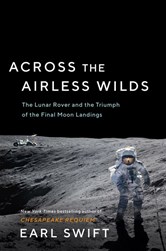 In this impeccably reported and beautifully written narrative, Swift rediscovers the unjustly overshadowed story of the final three Apollo missions, which deployed an extraordinary invention that pushed human exploration to unsurpassed limits. He draws on dozens of interviews and a year of in-depth research to serve up an enthralling blend of scientific insight, vibrant characters, and compelling storytelling. With this summer marking the 50th anniversary of Apollo 15 (July 25-August 7), it’s the perfect time to revisit these achievements. And rovers are once again in the news as the Perseverance rover plays a starring role in the current Mars expeditions, which Swift contends are the legacy of the Apollo LRVs, still pushing the bounds of exploration and discovery fifty years later.

Images of the Apollo 11 moon landing are indelibly etched into the American consciousness. When Neil Armstrong and Buzz Aldrin became the first humans to land and walk on the lunar surface, it was an astonishing triumph of both imagination and technology, which thrilled and inspired a world watching live on television. But according to Swift, the greatest achievements of our lunar adventure came later, on missions that are only dimly recalled today. In fact, Swift argues, the last three Apollo missions—distinguished by the use of the revolutionary lunar roving vehicle—built significantly on the first landings, taking mankind to its very furthest and farthest extremes. While Armstrong and Aldrin trod a sliver of flat lunar desert smaller than a football field, Apollos 15, 16, and 17 each commanded a mountainous area the size of Manhattan. Though now footnotes in history, they were truly the pinnacle of human exploration.

Swift’s last book, the widely acclaimed Chesapeake Requiem (2018), brilliantly illuminated the global stakes of climate change through the prism of the tiny, disappearing island of Tangier, VA, and was named a best book of the year by the Washington Post, NPR, Outside, Science Friday, Smithsonian, and more. It was praised as “a masterful narrative of place, people, and nature” (Christian Science Monitor), “a provocative and respectful study of a culture that may soon be lost” (Esquire), and “intimate, meticulously reported and captivating” (Washington Post). Now, Swift brings to life another remarkable community—the engineers and astronauts who designed and operated the Lunar Roving Vehicle. In this fast-moving exploration, Swift puts the reader alongside the men who dreamed of the rover, designed it, troubleshot its flaws, and drove it on the lunar surface.

Fifty years on from the amazing but under-appreciated final Apollo missions to the moon, Earl Swift reminds us in Across the Airless Wilds of their still-stunning human and technological achievements, and of the remarkable things
that are possible when inspiration and science meet capability and will.

Earl Swift is the author of the New York Times bestseller Chesapeake Requiem, which was named to ten best-of-the-year lists. His other books include Auto Biography and The Big Roads. A former reporter for the Virginian-Pilot and contributor to Outside and other magazines, he has been a fellow of Virginia Humanities at the University of Virginia since 2012.

The books for this giveaway are being provided by Custom House, an imprint of HarperCollins Publishers. 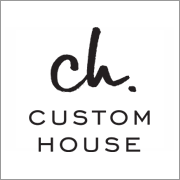