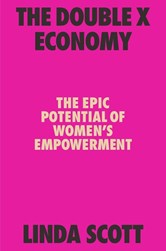 Linda Scott coined the phrase “Double X Economy” to address the systemic exclusion of women from the world financial order. In The Double X Economy, Scott argues on the strength of hard data and on-the-ground experience that removing those barriers to women’s success is a win for everyone, regardless of gender. Scott opens our eyes to the myriad economic injustices that constrain women throughout the world: fathers buying and selling daughters against their will; husbands burning brides whose dowries have been spent; men appropriating women’s earnings and widows’ land; banks discriminating against women applying for loans; corporations paying women less than men; men treating women as their intellectual inferiors due to primitive notions of female brain development; governments depriving women of affordable childcare; and so much more.

As Scott takes us from the streets of Accra, where sex trafficking is widespread, to American business schools, where women are routinely patronized, the pervasiveness of the Double X Economy becomes glaringly obvious. But Scott believes that this rampant problem can be solved. She proposes concrete actions and urges her readers to rise up and join the global movement for women’s economic empowerment that is gaining momentum by the day.

Linda Scott is the Emeritus DP World Professor of Entrepreneurship and Innovation at the University of Oxford and a Senior Consulting Fellow at the Royal Institute for International Affairs. She founded, and is now the senior adviser to, the Global Business Coalition for Women’s Economic Empowerment and was selected as one of the top 25 Global Thinkers by Prospect in 2015. Scott works with multinational corporations, international agencies, national governments, and global NGOs designing and testing programs to better include women in the world economy.

This giveaway is being brought to you by Farrar, Straus and Giroux. We have 20 copies available. 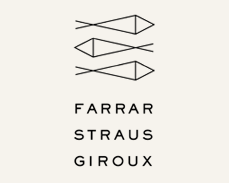 Editor's Note: Porchlight Book Company has implemented the CDC’s recommendations for workplace cleaning, disinfecting, and social distancing to stop the spread of COVID-19. We continue shipping books even as employees nonessential to that operation have been directed to work from home, but book giveaway shipments may see a lag in shipping time as we prioritize shipping book orders. We do want to keep getting you great books to read during this time, so hang in there! 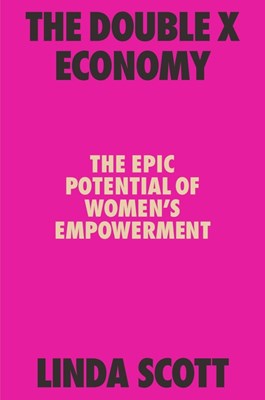