Facebook: The Inside Story by Steven Levy, Blue Rider Press

In just 15 years, Facebook has gone from a dorm room to being one of the most dominant companies in the history of humanity. It has such a large “population” that its CEO, Mark Zuckerberg, regularly meets with world leaders when he travels, “as peers,” engaging in what “people commonly refer to [as] the company’s ‘foreign policy.’” Those are the words of Steven Levy, who first met Mark Zuckerberg in 2006, before Facebook was a household name and global behemoth. Zuckerberg’s company has been a focus of his reporting ever since, even as he moved magazines, which has earned him nearly unlimited access to not only the CEO, but to other high-echelon Facebookers and regular employees alike. He has witnessed, up-close, the aftermath of the 2016 presidential election on Facebook and other big tech companies as they took heat and a hit to their sterling reputations for, if not complicity, then at least conspicuous inattention and inaction with regards to the interference, misinformation, fake news, and hate that spread across their platforms. It was attention that exposed even greater problems in how they operated and came to hold such power:

None so much as Facebook, which followed its leader’s dictate to Move Fast and Break Things … and broke them.

Even as it works to fix what it broke, many of Facebook’s early investors (Robert McNamee’s book Zucked) and executives (Sean Parker has decried the addictiveness of Facebook, while Chris Hughes has called for it to be broken up) have become its most strident detractors. Most of the CEOs of the companies Facebook has gobbled up over the years (Instagram, WhatsApp) have since resigned in subtle or overt protest. The unprecedented access Levy has had has not turned him into an apologist, but helps us see inside the organization that has had as much influence on American life—public and private—as any in recent history. There is an interview with Sheryl Sandberg near the end of the book that is as real and deep as the consequences of Facebook’s actions (and inactions), and you can feel the uncomfortable silence of Mark Zuckerberg after hard questions he has posed. All of which make Levy’s Facebook both wide ranging, astonishing in its breadth, and intimate, remarkable for its depth. (DJJS)

Lurking: How a Person Became a User by Joanne McNeil, MCD

I'm writing about two history books this week: Lurking (about the history of the internet) and Suffrage (about the history of women's campaigns for voting rights). First up, I explore the sometimes creepy, always complicated world of the Internet. In Lurking, author Joanne McNeil writes a memoir-like, poetic yet realistic examination of the changing user-experience online, calling for more humane treatment of the humans that are reduced to "users” when they enter the digital realm. McNeil notes: "I use the word 'lurking' only in a positive context. Lurking is listening and witnessing on the internet, rather than opining and capturing the attention of others." A nice reminder, reader (or rather user) that sometimes the best thing to do on or off-line might just be to be quiet.

"If I wanted to give up on the internet, or if I even could, I would have to leave the data—the comments, my connections—every single social site holds over me as collateral for my presence." It's not a new thought. You or a friend or a Facebook "friend" may have deleted your account from a site when you wanted to use your social media scrolling time in some other area of your life, or maybe wanted to start fresh as a new version of yourself online. But the Internet doesn't make this (or much else for that matter) quite so easy.

This is not one of those books that completely belittles the Internet and shames you for having an Instagram account (though she does speak harshly about Facebook). In seven insightful chapters, Lurking balances the beauty of the endless landscape of the internet with a sensible understanding of the concerns associated with using it and becoming part of it. The author speaks to my nostalgia for my Internet-age childhood—clicking through forums dedicated to my favorite book series or watching ridiculous YouTube videos at sleepovers. But she also presents plenty of reasons and ways to work for a better version of this incredible world-wide place for community, information, and people to learn and grow together. (GMC)

“Cooking without a song—in your heart, if nothing else—is like cooking without salt and pepper. Why would you?” There is no better quote to sum up the third cookbook from legendary chef, restaurateur, opera singer, and James Beard award-winning author (Between Harlem and Heaven), Alexander Smalls. Dubbing himself a “culinary activist for the African diaspora,” Smalls pushes the boundaries of essential African-American dishes from the traditional Gullah cuisine of his home state of South Carolina to the world-renown food scene of his current home in New York City and beyond to global influences from his travels as an opera singer. Like a good host, he weaves in stories and music playlists to round out this wide exploration. Recipes are divided by musical genre, as Smalls draws connections between jazz and candy cane beets, spirituals and grits, gospel and his Papa’s vegetable garden. “It’s my hope that the recipes in this book will naturally make their way into the rotation of your favorite dishes: connecting you with our shared American heritage, our shared time and place.” Dishes that I’m sure will make it into my household rotation include: Charleston Spicy Red Rice; Field Greens, Poached Pear, and Black-Eyed Pea Salad with Citrus Vinaigrette; Lady Lima Succotash Salad with Fresh Mint; Seared Grouper with Spicy Gumbo Sauce; and Southern Comfort Peach Shortcake. (BRM)

Optimal Outcomes: Free Yourself from Conflict at Work, at Home, and in Life by Jennifer Goldman-Wetzler, PhD, Harper Business

As a facilitator at Harvard Law School’s Program on Negotiation, Jennifer Goldman-Wetzler studied and worked with Roger Fisher and Bruce Patton, authors of Getting to Yes (known as the book on negotiation). She joined Patton’s firm right around the time he published his second book, Difficult Conversations, another seminal book on the topic. Risking heresy, I think she may have surpassed both those books with the release of her Optimal Outcomes today. At the very least, she has built upon that work and added something foundational to the canon—a greater understanding that, even if a winner-take-all style of negotiation isn’t ideal, a win-win solution just isn’t always possible.

Goldman-Wetzler has been teaching the Optimal Outcomes Method for over a decade at Columbia University’s Morton Deutsch International Center for Cooperation and Conflict Resolution, and this book opens the lessons of that course up to anyone with the interest, which I would hope we all have.

It is not about freeing yourself altogether of conflict, which is both impossible and unproductive (some amount of inner and external conflict is necessary for growth in individuals and for bringing out alternative opinions and innovative ideas in organizations), but about freeing yourself from “the habitual ways of thinking, feeling, and acting that have held you captive” to conflict, that keep you stuck in a conflict loop that perpetuates itself. She provides eight practices to do this, and devotes the vast majority of the book to laying out these practices, grounded in mindfulness and the ability to take a pause, observe, gain greater insight, and then take more constructive action. It is an immediately actionable approach and book from someone who has spent time on the ground facilitating dialogue in the Middle East and had to explain to her own mother why she couldn’t call as much as she’d like—not that I’m equating the two. (DJJS)

The National Primary Race is in full swing (and has prompted appropriately dramatic headlines like "The Debates Broke the Primary" from The Atlantic), Women's History Month is in March, the Democratic National Convention is in less than six months (at an arena less than two miles from Porchlight Book Company), and soon after that in August is the 100th anniversary of the 19th Amendment. Maybe you, too, are overwhelmed with all the angles and discrepancies and chaos of political news and try to turn it all off only to be accosted by it again. Or maybe you feed off of these things and enjoy the puzzle of learning more about it all! Either way, Suffrage is a book I think you should have on your radar. In terms of significant historical accounts, this book is exceptional, and only one of a few popular history books that cover the suffrage campaign in full.

Its legacy grows as women's votes are solicited by political parties, even as female candidates encounter enduring misogynist taunts and sexist prejudices. Its consequences change as some women candidates for political office experience unexpected, crushing defeats, even as others win surprising victories.

Historian Ellen Carol DuBois begins the book with Elizabeth Cady Stanton, Lucretia Mott, and other Quaker women’s determined call for equality in their Seneca Falls Declaration of Sentiments and soon makes it clear how expansive the movement became in what seems like a short amount of time. One notable point of the book is that she also examines the bond between women's rights and the abolition of slavery, something I had never thought of or read about before. There are many unfamiliar but equally important women of significance to the movement that few have probably learned about, and DuBois does a fantastic job of exploring every angle possible of women’s campaigns during those 72 years of suffrage. The author also acknowledges that there is more to the movement past 1920, and the final chapter examines the impact that the 19th Amendment had (and didn't have) on American women. Even just reading a chapter or two of this book would greatly improve anyone's understanding of the women's suffrage movement, and we're so lucky that such a thorough and fascinating account of those years exists. Beginning today, 2020! (GMC) 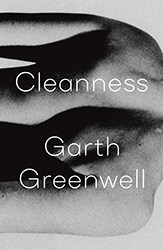 “I recently finished Garth Greenwell’s Cleanness. Greenwell revisits the subjects he explored in his award-winning debut What Belongs to You. We return to Bulgaria and are swept along on Greenwell’s excellent prose (one commentor referred to his style as “baroque” and there is no better word) as he tangles with such existential quandaries as the responsibilities of teaching and the limits of the kind of real influence he, as a teacher can affect on his students, what it means to live in a foreign country and confront the limits of a language, and what it means, for him, to be a gay man who grapples with desire and shame, freedom and submission, love and compassion--for himself and others." —Sally Haldorson, General Manager 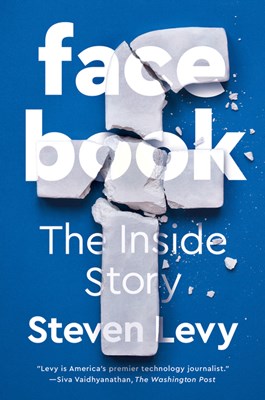 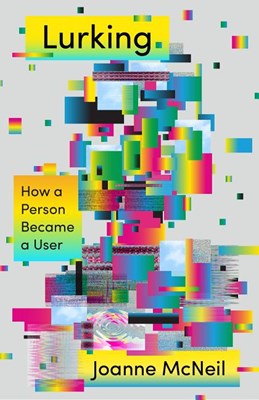 Lurking: How a Person Became a User

Meals, Music, and Muses: Recipes from My African American Kitchen 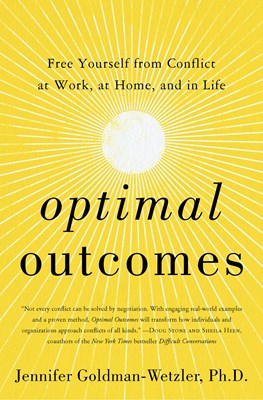 Optimal Outcomes: Free Yourself from Conflict at Work, at Home, and in Life 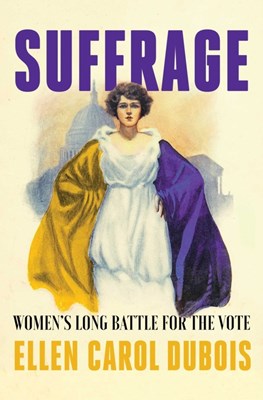 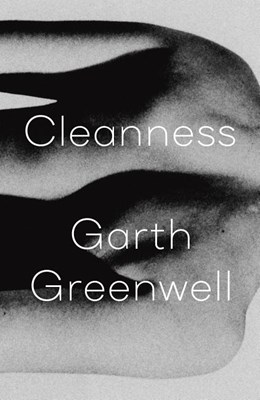