This book's main strength is that it is a collection of perspectives centered around the same concept: trusting and believing women. The 28 essays offer 28 valuable viewpoints on topics like humanizing Black women, "the deeper meaning of 'gossip' in Native communities," "survivorship as leadership,"

Conversations around women are too often done around them literally, in a game of keep-away that suppresses their voices, and that leaves them and their perspectives out. The written and printed word allows no room for interruption or competition amongst voices, and Believe Me uses this wisely, firmly, and, for some, perhaps a little too forcefully. But don't forget how ridiculous it is that women (as well as other socially underprivileged groups) still have to show up by the dozens with picket signs and megaphones, still have to market their plights with catchy hashtags and celebrity endorsements, in order to be heard, let alone believed.

Porchlight's slogan is "We Believe in Books," because we believe in the power of books' ideas toward progress. The authors of Believe Me end the book’s Introduction with a similar understanding: "resistance alone won't get us to the future we deserve. In order to make progress, we have to know what we're fighting for, not just what we're against." (GMC)

How We Learn: Why Brains Learn Better Than Any Machine . . . for Now by Stanislas Dehaene, Viking

It would be pretty upsetting to put this book down because it was too hard to read, when within the first few pages, you learn about people who have learned three languages and a boy with only one brain hemisphere who excels at reading, painting, computer science, and wheelchair fencing.

The author introduces the book with a story about meeting a seven year old boy named Felipe who had been confined to a hospital bed, blind and paralyzed, for half of his life after being shot by a stray bullet in Brazil. But then we learn how Felipe's trauma turned into an impetus for developing his imagination, which he expresses through the stories he writes out loud and with a special keyboard. "How do our brain's cognitive faculties resist such a radical upheaval of their environment? Why could Felipe and I share the same thoughts, given our extraordinarily different sensory experiences? How do different human brains converge on the same concepts, almost regardless of how and when they learn them?"

We avid book readers understand that every human experience is remarkably singular, and reading is our attempt at escaping our own experience and/or trying to understand another's perspective. How We Learn gives us a new perspective on perspective—one that offers plenty of questions but also very good, in-depth answers "in a multidisciplinary manner, drawing on recent scientific discoveries in cognitive science and neuroscience, but also in artificial intelligence and education."

How We Learn is an inspiring look into the science behind how the brain's plasticity molds and remolds itself around changing environments (from blindness to social isolation), and how this seemingly unstoppable resilience sometimes doesn't overcome situations like strokes or brain injuries, after which even highly intelligent adults can't read the simplest of words. This book isn't quite an easy read, nor is it a straightforward textbook. Despite not taking a biology class in 6 years, Dehaene does a good job of jogging my memory and even teaching me new concepts, and by the end–slow and steady–you'll learn a lot about the brain, biology, and, of course, learning. (GMC)

It took over a decade for civil rights activist Tarana Burke’s phrase “Me Too”—coined in 2006—to enter the cultural lexicon and milieu and raise broader societal awareness of just how pervasive sexual abuse and harassment are in the workplace. But, as Sylvia Ann Hewlett notes in #MeToo in the Corporate World, even that was 30 years after the publication of Catharine MacKinnon’s Sexual Harassment of Working Women in 1979, and nearly 40 years after Title VII outlawed discriminating against employees based on sex in 1964—which, surely, sexual harassment does. Change has been a long time coming and too painfully slow in doing so. And while it’s unfortunate that change is now coming mostly in response to the financial and reputational damage it has done to organizations and institutions across multiple industries, it’s good that it is finally starting now. Hewlett explains why “it’s become a business imperative for leaders to create work environments where everyone—female and male, back and white, gay and straight—can safely and effectively work together across lines of heirarchy and rise according to their merits.” In detailing the clear advances that have been made, the challenges we still face, and the actions companies can take to address those challenges, Sylvia Ann Hewlett has written a guide to “help guarantee enduring change.” (DJJS)

It is an almost Orwellian irony that those who champion the free market the most are the most able and the most likely to undermine it by skewing it in their own favor. What free means to them is free to operate as they wish, unregulated and unaccountable to the wider public that must act as a lender of last resort when their financial machinations come to a grinding halt due to an engineering flaw of their own design. Those who tout the efficiency of markets, as Anastasia Nesvetailova and Ronen Palan clearly document in their new book, Sabotage, are the leading culprits in making markets less efficient by interfering with or influencing it to further their own financial interests. What they found is that the source of outsized (according to efficient market hypothesis, unexplainable) profits in the financial sector:

… involved elements or attempts at controlling markets; that is, sabotaging the price mechanism, through either internal misrepresentation of information or facts, or predatory practices that are presently or potentially damaging to clients, competitors or the government, or a combination of all three.

It is not a willful harm, but one based on what any business seeks: reduced risk and increased profits. The problem is that that risk is passed off to, and the profits come from, all of us. The sabotage, as they see it, is a “systemic feature of the financial system.” Which is why the authors call for a financial system that is more pro-market but anti-business (in the profit-seeking sense), because the financial industry shouldn’t be seen as “managing ‘other people’s’ money,” but as an industry in the “business of creating and managing our wealth.” (DJJS)

Think Outside the Building: How Advanced Leaders Can Change the World One Small Innovation at a Time by Rosabeth Moss Kanter, Public Affairs

Rosabeth Moss Kanter has always been ahead of the times in management thinking and theory, and her new book helps cement that legacy. After an intelligent and smartly written Prologue on “How to Attack a Castle,”  the introduction to Think Outside the Building briefly discusses how the “study of leadership tracked the times” from the history of war and nation-state leaders, to that of corporate executives, to what she sees emerging today:

What’s next? I think it is the positive and democratizing force of advanced leadership, which looks beyond single organizations and heroic commanders to wider systems.

A definition of advanced leadership, like any definition of leadership, is bound to be a bit nebulous, but the book as a whole brings it into great focus. Maybe best defined quickly as viewing success as one’s impact beyond financial success or income, and working outside established constructs, existing power structures, and entrenched interests to tackle entrenched problems and systemic change, Moss Kanter analogizes it to the often underappreciated work of Ginger Rogers:

Advanced leadership is to leadership as Ginger Rogers is to Fred Astaire. Those famous movie dancers of another era covered a lot of territory to wide acclaim. But although Fred Astaire was a great leader, guiding the dance, Ginger Rogers was the advanced leader. As the old joke goes, she had to do everything he did, but do it backward and in high heels. Like Astaire, great leaders can operate on well-mapped territory where they can see where they’re going because goals are clear. But advanced leadership operates on problems that are intractable precisely because no one really knows exactly what to do or what the direction is. There is a Ginger Rogers-like aspect in feeling extra encumbrances from tottering on the high heels of controversy and always worrying about stumbling.

The examples she uses to illustrate such advanced leadership takes us very literally outside the buildings of traditional organizations and old institutions to show how enterprising individuals and social ventures are taking on the challenges of “racial and gender equality, ocean health, refugee resettlement, gun safety, college affordability, education innovation, community empowerment,” and so many other seemingly intractable issues. It is a book about big ideas, yes, but more so about those taking action on even a small scale toward making big change. (DJJS) 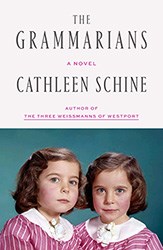 “I just finished The Grammarians by Cathleen Schine. Schine's narrative is on the lighter side--easy to devour. The character relationships are a strong point in this novel about twin sisters who share a love for language. As children, the twins literally read the dictionary. The novel uses the twins' gradual divergence in personality to explore the different perspectives on language and grammar--a charming and entertaining story." —Michael Jantz, Project Development Director 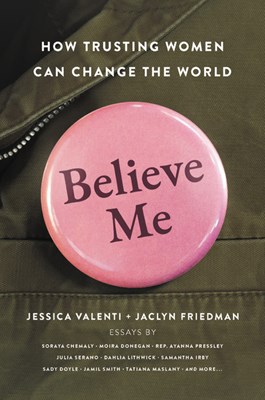 Believe Me: How Trusting Women Can Change the World 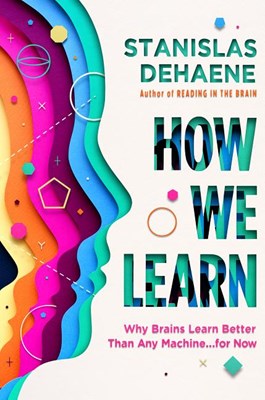 How We Learn: Why Brains Learn Better Than Any Machine . . . for Now 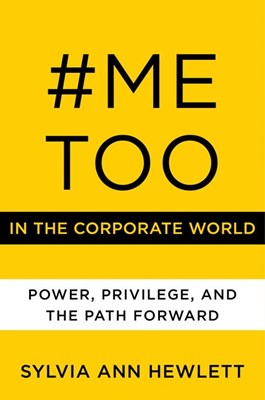 #metoo in the Corporate World: Power, Privilege, and the Path Forward 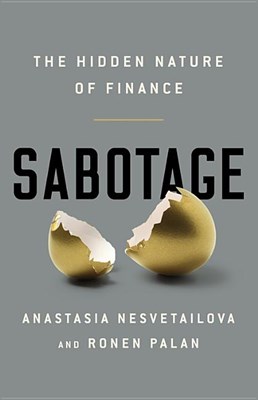 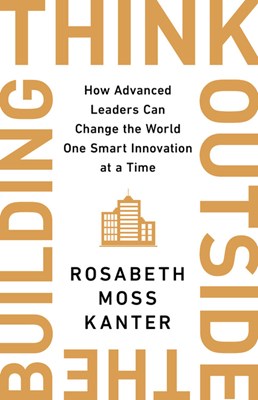 Think Outside the Building: How Advanced Leaders Can Change the World One Smart Innovation at a Time 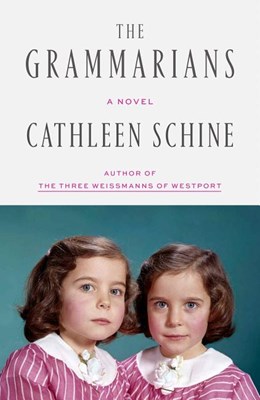