Being separated from the things that make us feel at home, from the things that make us feel like ourselves, is something we all can to relate to these days. For many of us, that longing has pushed us to dig deep into the family recipe chest and attempt our favorite childhood dishes. Sometime in April, I made a batch of my grandma’s laborious date-filled cookies to share with my family, rolling out the oatmeal-filled dough, stuffing them with stewed dates, and doling them out like gold bars. Esteban Castillo grew up shuttling between his grandparents in Colima, Mexico and his family’s new home in Santa Ana, near Los Angeles. These places grounded him firmly in both sides of the Chicano experience, both Mexican and American. So it was understandable that moving from his Southern California hometown (where three quarters of the population is Latinx) to Humboldt County in Northern California for college was more than just moving across the state for Castillo—it was leaving behind his culture. The homesickness that followed prompted endless phone calls to his mom for recipe advice and changed the course of his life. Born from his Saveur-award winning blog of the same name, Chicano Eats is a joy-filled Spanglish ride through Castillo’s queer Chicano culinary perspective. “The recipes in this book are meant to be a reflection of my bicultural upbringing, weaving in and out of borders, just like I did.” And while the book contains prized family recipes like Mi Mama’s Frijoles Puercos, Mi Abuelita’s Tacos de Papa, and Mi Abuelito’s Tacos, he is not at all concerned with notions of authenticity. What is important to him is “to showcase Chicano cuisine, Mexican cuisine reimagined through a Mexican-American point of view and pantry.” And this reimagining produces a delicious mix of cuisines in recipes like Mac and Queso Fundido, Carnitas Poutine, Mezcal BBQ Sliders with a Jicama Slaw, Sweet Masa Corn Bread Muffins, Chorizo-Spiced Meatballs, and Cilantro Smash Burgers. But what makes the book soar is Castillo’s own colorful food photography—at once simple and bold—that can persuade anyone to jump into the kitchen and take their best swing. (BRM)

Listen to Castillo talk about his blog on the Molé Mamma podcast.

"To my younger self and all the disabled kids today who can’t imagine their futures. The world is ours, and this is for all of us." This dedication from editor Alice Wong is a simple and yet powerful statement to the importance of seeing oneself–one's flaws and strengths, quirks and temperaments, pasts and presents– reflected in books, movies, and culture, fiction as well as nonfiction, celebrities as well as everyday people. Seeing how someone "like you" (in whatever way) overcame obstacles empowers you and countless others "like you" to overcome those same obstacles together. When you realize you are not alone in your struggles, they become much more surmountable and less burdensome.

Wong's introduction highlights, not how her disability affects her life, but how the inadequate presence of disability affected her life and others' lives. The Americans with Disabilities Act of 1990 "profoundly changed my life and millions of others, giving us a civil rights law we could call our own." (The importance of political representation is a theme this week. See my writeup on Queens of the Resistance: Maxine Waters below.)

Partnered with StoryCorps, Wong created the Disability Visibility Project in 2014, which has logged approximately 140 oral histories as well as developed an online platform that celebrates collaboration, representation, and community-building. The book Disability Visibility gathers up the stories of those in the disabled community into sections about "Being," "Belonging," "Doing," and "Connecting" prefaced with content notes. "These stories do not seek to explain the meaning of disability or to inspire or elicit empathy. Rather, they show disabled people simply being in their own words, by our own accounts." While it may feel like a step forward to expose the stories of an often overlooked community, it is not enough to listen. We must actively engage in their lives as well. Wong informs us: "Collectively, through our stories, our connections, and our actions, disabled people will continue to confront and transform the status quo. It's who we are." (GMC)

The Disability Visibility Project website is bursting with great podcasts, interviews, articles, and more. You might be interested in the podcast episode #36: Disabled Entrepreneurs with Tinu Abayomi-Paul and Mary, Hannah & Emma Layden.

The Future Earth: A Radical Vision for What's Possible in the Age of Warming by Eric Holthaus, HarperOne

The list of climate-change related disasters Eric Holthaus opens his new book with are a reminder that global warming is not something we face in our future, but something that we are living through right now that has been causing real death and destruction all over the world in recent years. It is not an easy read, because the problems are immense, and it is hard to feel like we have personal agency to affect change in a system much larger than us. But, like being stuck in a traffic jam, we must realize that we are a part of and embedded in the system that caused it, and that although it is much larger than us, the way we live our lives at this moment in history is the best tool we have to change the system. Climate change has affected already marginalized communities the most, but it affects—and is affected by—us all. Holthaus writes:

"An issue of justice, climate change is also a living emergency that touches everyone and every part of society, which makes it impossible to disentangle in any meaningful way the effects of increasingly extreme weather and the unfair system that caused it."

We are all connected to one another and the planet we inhabit. We are all a part of one living ecosystem. Cultivating a greater sense of that is one of the most important things we can do to change the system that so often divides us. Simply talking about climate change, Holthaus suggests, is one of the most important things we can do to build “social and political pressure for radical action” and end a system based on extraction and exploitation. The fact is, as Holthaus says, that “Radical change is now inevitable.” What that change looks like, whether apocalyptic or an imaginative evolution and revolution of the way we live life together on Earth, is in our hands. The world is not ending. An old world is ending, and a new one can be born. “The old world is dead,” Holthaus insists, “what comes next is up to us.” He imagines a better world in this book, and some action steps we can take to bring it into being, offering hope amidst the crises we are living through. (DJJS)

For more, check out Brian Hamilton’s interview with the author.

A Most Wicked Conspiracy: The Last Great Swindle of the Gilded Age by Paul Starobin, PublicAffairs

Nome, Alaska, the Gold Standard, and the Seventeenth Amendment. Party bosses, muckraking journalists, working class miners, and circuit court judges. These are all elements of the fascinating story told by Paul Starobin in A Most Wicked Conspiracy. “Big” Alex Mckenzie is at the center of it. He built and ran a powerful political machine based in North Dakota, a base of power from which he was able to imagine and enact what he called the “Nome Proposition.” The proposition was essentially an illegal scheme to steal the claims of gold miners in Nome by getting friends of his appointed to government positions and judgeships there and having them rule in his favor when he arrived and jumped their claims. It was too brash for even the Gilded Age, and the forces that rose up against his theft—angry citizens, truth telling journalists, and honest politicians—helped put him in jail (though his sentence was commuted by his friend William Mckinley) and bring an end to the Gilded Age itself. It was obvious corruption of this sort, and the buying of politicians, that led to the Seventeenth Amendment in 1913, under which we now directly elect our senators rather than leaving that task to our state legislatures. Stories like these remind us that it is usually those with the most power that steal the most money, and that we can restructure America’s politics and economy to benefit a greater number of people instead of the well-connected, powerful, and already wealthy few, because we have done it before. (DJJS)

Read an excerpt from the book about how an Alaska beach became, for one golden summer, a "poor man's paradise.”

The four-book series entitled Queens of the Resistance is being published today, so as much as I'd love to read and talk about them all, I'll be highlighting the story of Congresswoman Maxine Waters, who was not only the first woman and first African American Chair of the House Financial Services Committee, but thus far has served fifteen terms in the U.S. House of Representatives.

Authors Brenda Jones and Krishan Trotman open the biography with a telling scene in "Auntie Maxine's" career during which she shut down the semi-compliments and stalling from Treasury Secretary Steve Mnuchin that hedged her questions on "his boss's shady ties to Russian banks." Waters interrupted Mnuchin's "sweet talk" with the straightforward order: "Reclaiming my time" which is used to alert the chairman of the hearing to a representative's elusiveness and, in effect, allot time back to the opposite representative.

This tenacious repetition of "Reclaiming my time":

"went viral as a reflection of a sentiment that a majority of the nation's voters felt about what appeared to be a morbid opening dance with the president-elect Donald Trump, and one that would only continue to get worse for years into his presidency. The American people were fed up with the BS, and Auntie Maxine said what 2.9 million democratic voters (48.2 percent) all wanted to say to Trump: Puhleeasse Do. Not. Waste. Our. Time."

As described by authors Jones and Trotman, the series is "as much an ode to the women as it is a celebration of a transcending political identity in America, unlike history has ever shown us before." It's a privilege to be disinterested in politics, and the Queens of the Resistance series is an essential collection for educating and inspiring a new era of tenacious, diverse, and fearless leaders in our governments. With more rebellious and influential women like Maxine Waters, Alexandria Ocasio-Cortez, Nancy Pelosi, and Elizabeth Warren in power (who are covered in the other books in the series), more voices will be heard, understood, and tended to in our country. Share this series with a future Queen of the Resistance in your life! (GMC)

Mark this livestream on your calendars for July 11th! Authors Brenda Jones and Krishan Trotman will be in conversation with social justice leader, advocate, and activist Tamika Mallory (the Co-Founder of Until Freedom, and one of four co-chairs for the 2017 Women’s March on Washington). 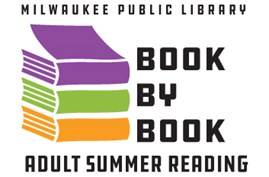 "I have been doing a very bad job of reading anything other than current events, but I'll be joining our local library's adult summer reading program to help keep my nose in books." —Andrew Koenig, Fulfillment & Logistics Specialist 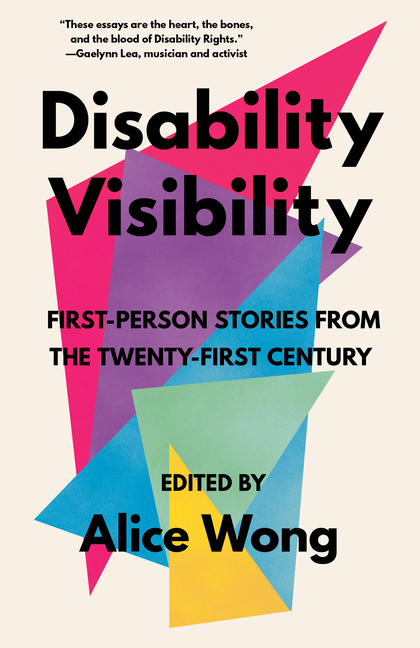 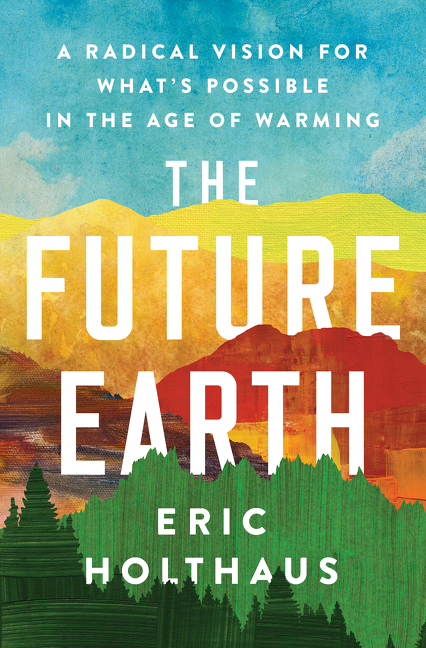 The Future Earth: A Radical Vision for What's Possible in the Age of Warming

Most Wicked Conspiracy The Last Great Swindle of the Gilded Age 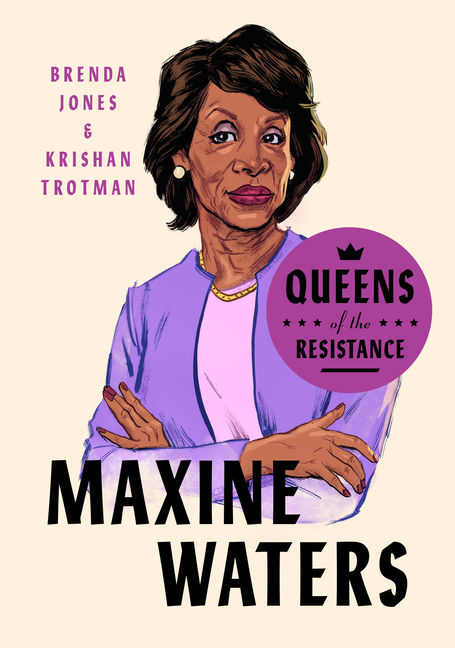 Queens of the Resistance: Maxine Waters