Inside the 2022 Longlist | Management & Workplace Culture

Dylan Schleicher takes a look at the best books 2022 had to offer in the Management & Workplace Culture category.

The past few years have proven that the ways in which we organize ourselves around work are not necessarily set in stone. It has also proven that the systemic inequities that pervade our wider culture are also embedded in the cultures we go to work in. There may be better—more flexible, nourishing, and humane—ways to build our businesses. There may be better ways to think about what a company culture, or even “the workplace,” is. There may be better ways to manage people, or perhaps even liberate them, ways that allow everyone to contribute what they uniquely have or want to offer as individuals. It seemed like we all decided at the beginning of the pandemic that the expectations we had set for work were wildly unsustainable and needed to be reined in, but as we reached for a sense of stability and return to normalcy, we returned to those same expectations. What gives? And can our companies—even the economy itself—be a force for giving and nourishment instead of taking and extraction?

From the world’s largest employer to a Jewish deli in the Midwest, the companies we learn about in the Management & Workplace Culture category run the gamut from large to small, and across all types, and the authors who wrote about them have a lot of insight to share.

These are the five books I am recommending to everyone—to anyone inside and outside of management roles, in any industry—from the Management & Workplace Culture category this past year. 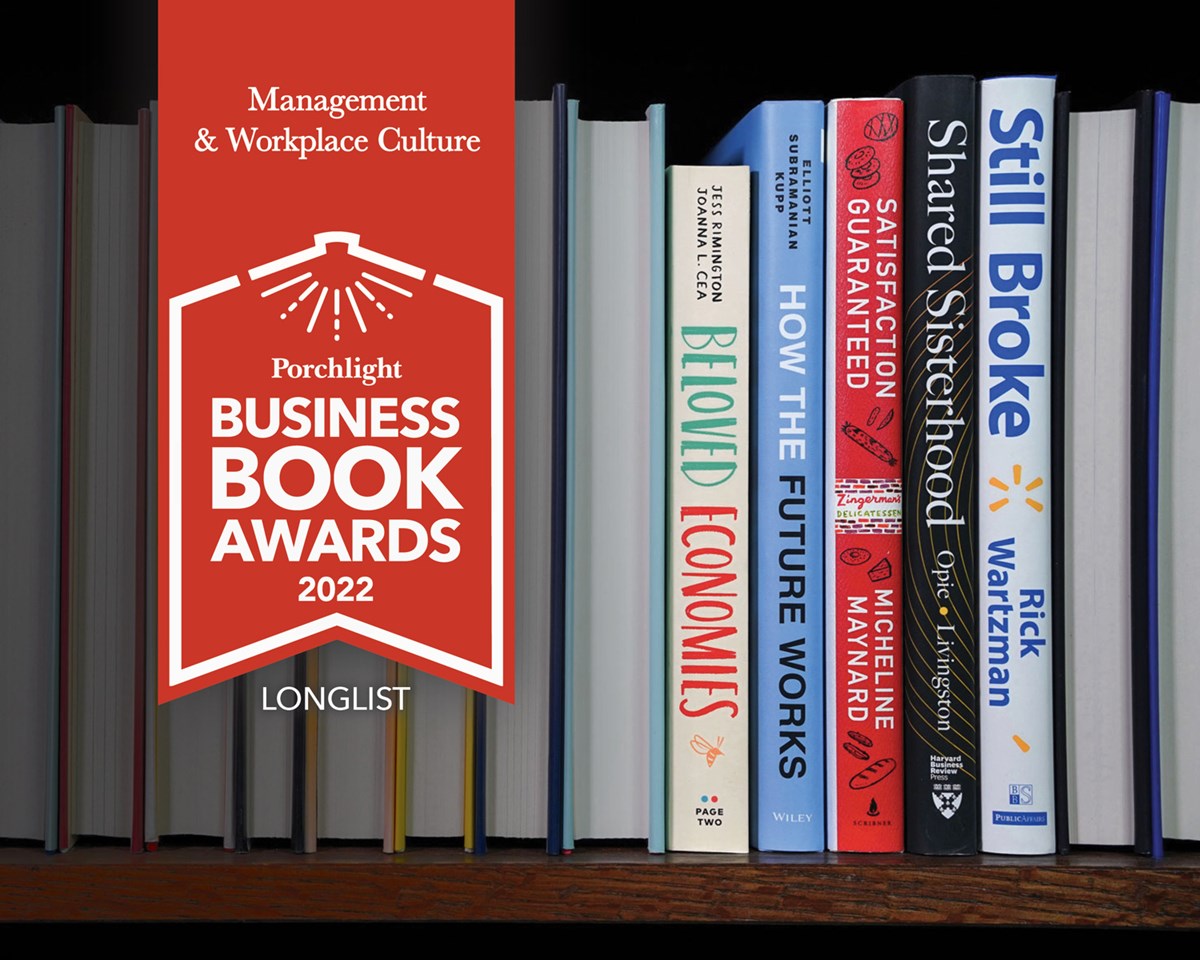 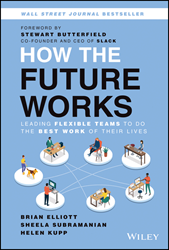 How the Future Works: Leading Flexible Teams to Do the Best Work of Their Lives by Brian Elliot, Sheela Subramanian, and Helen Kupp, Wiley

In addition to making one of the most solid cases for The Competitive Advantage of Flexible Work, Brian Elliot, Sheela Subramanian, and Helen Kupp offer all the tools needed to manage the teams of people who do that work and the work itself. The authors are all alumni of Slack who have gone on to lead the Future Forum consortium, but it is not a book about the company or consortium, or even a book about the role of technology in our organizational lives. It is, instead, a book about human beings, and the “power and the freedom to do our best work together” that is grounded in research, replete with tips and templates for us to use, steps and visual aids to guide us, and immediately applicable processes on everything from how to build agreement to how we hold each other accountable. If you’ve found yourself frustrated by the media obsession with “quiet quitting” earlier in the year, or annoyed by celebrity CEOs admonishing workers to return to the office for at least 40 hours a week, this book might be more your speed. It helps us find the best people, assume the best in them, and build both positivity and predictability into the process of working together wherever we’re working from and when wer’re accomplishing that work.

Flexible work is often conflated with “working from home.” That is a mistake. Flexibility needs are likely to be different for different people, even different for the same people at different times of their lives. And there are people, especially frontline workers, who can’t work from home, so it’s time to think more broadly about the future of work as a whole. 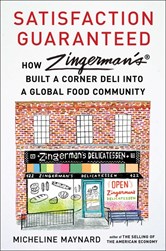 There are some places, like a deli in Ann Arbor, Michigan, that cannot be entirely virtual. So how does one weather a pandemic when it can’t be open to the public they serve? Micheline Maynard provides that answer, and so much more, in her great book about the company and its culture. “Zingerman’s articulates its focus in a simple phrase: great food, great service, and great finances,” writes Maynard. “Zingerman’s wants to achieve great ‘finances'—not 'profits'—because hitting a specific profit target is not its only priority. Zingerman’s strives to be in the black so that it can invest in its businesses, share its prosperity with employees, and benefit the local community.” It is those three focuses—on investment in the businesses (especially in its mail order business), its employees, and its community—that saved them. The Zingerman’s Community of Businesses (or ZCoB) entered the pandemic with $65 million in annual revenue. Almost overnight, it had dropped by a whopping $20 million, but it quickly recovered even as the pandemic persisted by pivoting to the parts of the business that could do well amidst the shutdown. But Zingerman’s is at its heart a customer service business, and the company has built a culture of training up their workers to the point where “by the end of their first week, they have received more instruction than many retail workers get in a lifetime.” It does not end there, as you’ll learn in the book. “Zingerman’s has not just been a Community of Businesses; it has been a community with its customers.”

If there is a common criticism of Zingerman’s, it is their (very well explained in the book, and I think justifiable, but still) very high prices, which contrasts with the company profiled in… 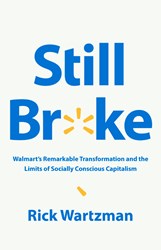 There was a time in Walmart’s history when its low-paid, frontline workers could walk away at the end of their tenure at the company with large sums of money in company stock in their individual profit-sharing accounts. “Some,” writes Rick Wartzman, “even became millionaires.” They had to endure many years of low pay—a requirement to maintain Sam Walton’s promise of “Always low prices!” for customers—but they could be comfortable knowing that they were building up a nest egg. And the culture Walton built when he was at the head of the company was almost cultlike in promoting belief in and devotion to the company and the man who led it.

The CEOs who followed have arguably been just as influential on the American business landscape as Walton (and shaped America’s literal landscape in the process), but as they were busy connecting global supply chains, the connection Walton had built with the company’s workers did not persist, nor did those large nest eggs for frontline workers. The years of Walmart’s ascendence to becoming America’s largest employer coincided with American workers’ incomes flatlining, and Walmart’s own workers were paid such low wages that its workers often qualified for public assistance.

American workers’ low wages can’t be laid entirely at the feet of Walmart, but they certainly have played a large part in the race to the bottom, both in what they pay and where they source the products they sell. But they have more recently made large efforts in raising workers’ wages and environmental standards. Their attempts to take on the mantle of corporate social responsibility have been notable, yet not enough, and the problem of low pay persists throughout the economy—even at some tech companies that have become more recently famous for minting millionaires with stock options.

One of the biggest takeaways from the book is the need to stop assuming low-wage workers are low-skill workers. They are not, and referring to them as such is not only derogatory, it is damaging to their real lives and their long-term pay and prospects.

So, if Wartzam is correct that conscious capitalism has its limits, even when attempted at the scale of Walmart, where do we turn when we reach those limits? I would suggest… 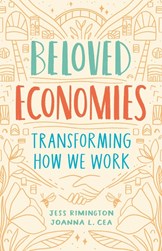 Jeffrey Pfeffer’s 2018 book, Dying for a Paycheck, was about all the ways our work makes us sick and is literally killing us. It has been one of the most startling books I’ve personally read about work in recent years. So I was immediately intrigued when I began Beloved Economies and found the authors referenced it at length in their first chapter, not only covering the statistics presented by Pfeffer, but connecting it to bell hooks’ diagnosis of our “nation’s turning away from love.” It is a powerful introduction to the ideas and companies that follow, and they proceed to not only ponder what it would look like if we were to build an economy that nurtures us, but shows us what it looks like inside a diverse array of different organizations (and types of organizations, proving it is not industry-specific) that are transforming how we work.

Dr. Martin Luther King, Jr. spoke often about a “beloved community,” that cares for all its people, free from poverty, hunger, and hate. The term beloved economy was coined in 1975 by Dr. Virgil A. Wood, who worked with Dr. King, and who the authors have had an ongoing dialogue with. "He has graciously bestowed,” the authors tell us, “the term upon our research to characterize and describe our findings.” They present us with seven practices that can help end the extractive business models that dominate in business today and build a more resilient way of working and connecting—based on well-being and building meaning—that restores us and moves us toward a beloved economy. It is work I believe can be buttressed by the philosophy and actions found in... 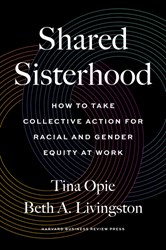 You know when you pick up any Harvard Business Review Press title that you will be getting an equally heavy dose of research and applicability, and both of those are abundant in Shared Sisterhood. What you may not expect from Harvard is the language of liberation used by Tina Opie and Beth Livingston, and the components of Trust, Empathy, Vulnerability and Risk-Taking they discuss to build bridges across differences and create more equitable and constructively collaborative workplaces. “The principles of this book,” write Opie and Livingston, “can help you think about yourself, other people, and the power systems you inhabit in very different ways.” Seeing how the ways we’ve been doing things haven’t been working all that well for most people, a different way to think is welcome, and having the HBRP shield on the book’s spine will hopefully help people open up to it—people who might not otherwise. And while Shared Sisterhood was written specifically from the perspectives of and in a partnership between a White and a Black woman, I found the philosophy they provide, and the Dig and Bridge skills they teach, fully accessible and important to me as a White man. Like Beloved Economies, they also honor people who blazed the trail for their work and the ancestry of their ideas—tracing it all the way back to the work Ida B. Wells and Belle Squires did together for women’s suffrage over a century ago. We don’t know where our efforts may lead, but we do need to make an effort and we should have a guiding philosophy and a goal in mind. The cultures of our workplaces is not divided from the culture writ large, but needs to be in conversation with it, and us with each other. Shared Sisterhood helps guide that conversation and our collective actions. 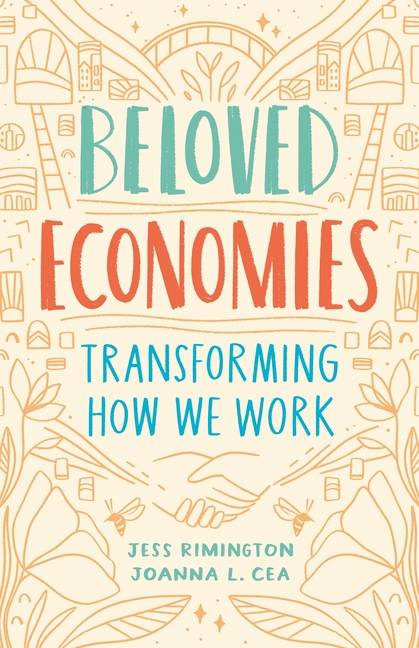 Beloved Economies: Transforming How We Work 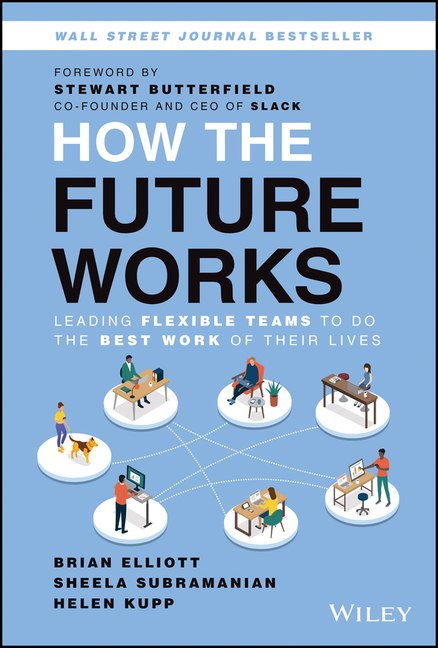 How the Future Works: Leading Flexible Teams to Do the Best Work of Their Lives 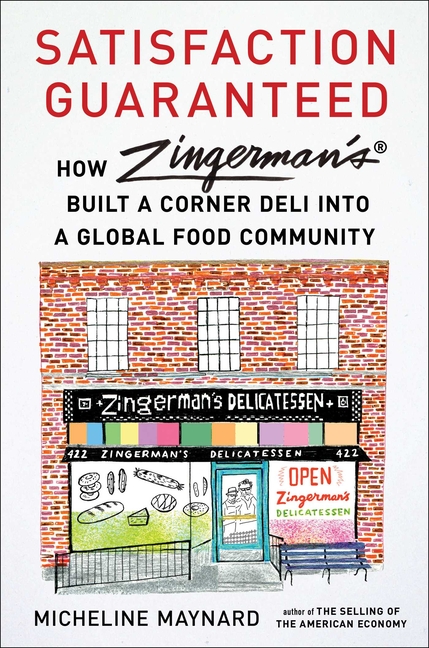 Satisfaction Guaranteed: How Zingerman's Built a Corner Deli Into a Global Food Community 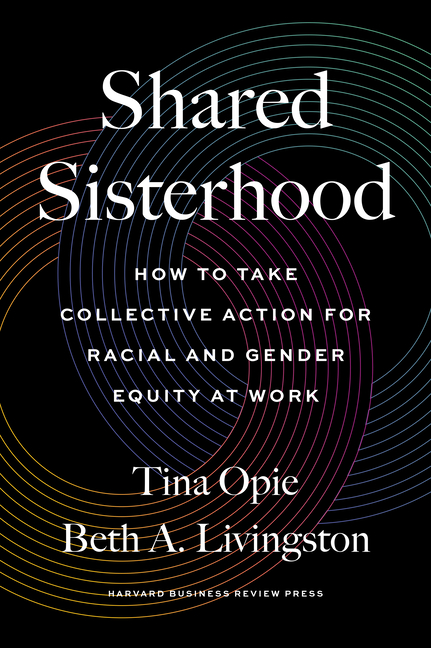 Shared Sisterhood: How to Take Collective Action for Racial and Gender Equity at Work 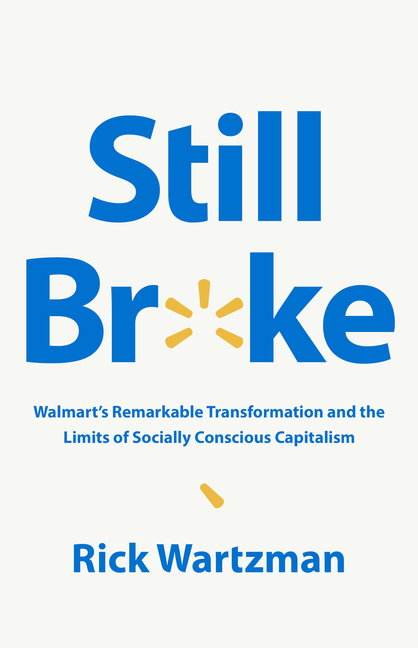