This year marked the 100th anniversary of the first expedition that found a successful route to the base of Mount Everest, and this release is a timely, well-researched book that recounts the Westerners’ 70 year quest to climbing the world’s highest mountain. 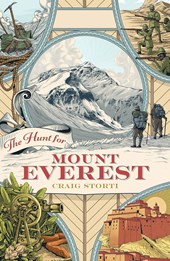 The Hunt for Mount Everest by Craig Storti, Nicholas Brealey

For history buffs and those in search of an adventure while staying curled up in a chair this fall, The Hunt for Mount Everest by Craig Storti is about Westerners’ 70 year quest to climbing the world’s highest mountain! And it’s especially timely considering that this year marked the 100th anniversary of the first expedition that found a successful route to the mountain’s base. From Tibet to India to Afghanistan and Central Asia, the Himalayan landscapes Storti introduces are vivid and, to the mountaineers who explored the land and interacted with inhabitants, full of unknown dangers and allures.

The sport of mountaineering is not one I’ve ever given much thought to, growing up and living in Wisconsin where the land is much more optimal for cultivating corn than climbing. But this book makes me feel like we were all born to be mountaineers and that elevation is to be explored.

It is a tale of spies, intrigue and beheadings; of war (two wars, in fact) and massacre; of breath-taking political, diplomatic and military bungling; of derring-do, hair-raising escapes and genuine bravery.

You’ll read about the many British men who dedicated a good portion of their lives to surveying the land surrounding Everest—Francis Younghusband, Cecil Rawling, John Noel and Alexander Kellas—all leading up to the expedition of Charles Howard-Bury and George  Mallory who circumnavigated hazardous cliffs and glaciers to reach the summit of the mountain. Beyond the expeditions, you’ll also learn about the geography of the Himalayas and the influence of other mountaineers on the mountain’s history, such as the man for whom the peak was named, George Everest, known for surveying northern India in 1818 at 26 years old. The work and risk that went into not even summiting but simply arriving at the base of the highest point on the planet is unfathomable without well-researched books like The Hunt for Mount Everest taking us along for the journey. 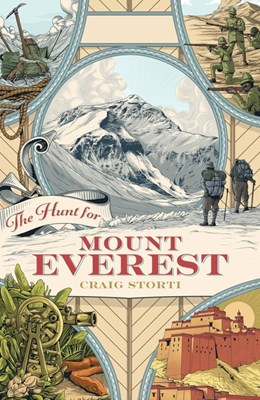