One of the most overlooked discoveries in all the advancements we've made in understanding how the brain functions in recent decades is that it has its limits. Science journalist Annie Murphy Paul helps us overcome some of those limits by teaching us how our cognition extends into our bodies, our environment, and our relationships with others. 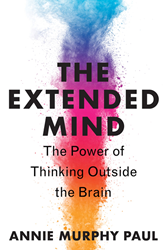 The Extended Mind: The Power of Thinking Outside the Brain by Annie Murphy Paul, Houghton Mifflin Harcourt

There has been an explosion of advances in brain science in recent decades. Discoveries of the brain’s neuroplasticity, specifically how it continues to develop and evolve even as we age, have been some of the most exciting in the field—and perhaps for us as individual human beings. But, as Annie Murphy Paul notes in her new book:

Much less attention has been paid to the ways people use the world to think: the gesture of the hands, the space of a sketchbook, the act of listening to someone tell a story, or the task of teaching someone else. These “extra-neural” inputs change the way we think; it could even be said that they constitute a part of the thinking process itself. But where is the chronicle of this mode of cognition?

(Hint: If you’re reading this, you’ve found it.) Because here’s the thing: for all the advances in our understanding of the brain, “The less heralded story of the past several decades,” Murphy Paul believes, “has been researchers’ growing awareness of the brain’s limits.” And, even as we’ve learned more about how our brains function, we seem to be using them less, as “Truly original ideas and innovations seem scarce; engagement levels at school and in companies are low; teams and groups struggle to work together in effective and meaningful ways.” We seem to fall prey to falsehoods and conspiracy more easily, and to let our many cognitive biases undermine us. That is where advances in the study of embodied cognition, situated cognition, and distributed cognition can help. To do our best thinking, it is just as (and maybe even more) important to get out of our own heads as it is to understand how the organ inside of it works. Yes, learning about how our brain works, and how we can improve how it works, is exciting. But that improvement is, as Murphy Paul notes, limited—both by its own power and to the individual in which it resides. If we can learn to think more with the world around us, to tune into the intelligence in our own bodies, in our environments, and in our relationships and interactions with others, it extends beyond ourselves as individual humans to humanity and the world around us. Understanding, extending, and improving our overall cognition in this way might even lead to us extending our hearts more easily and openly to others, to an explosion of understanding and empathy, and that might just make all the difference. 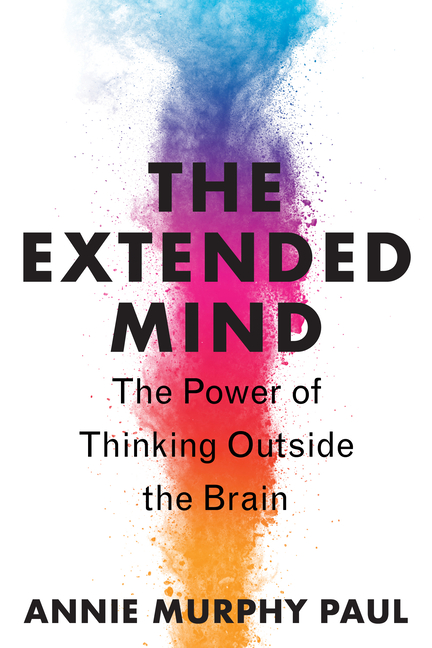