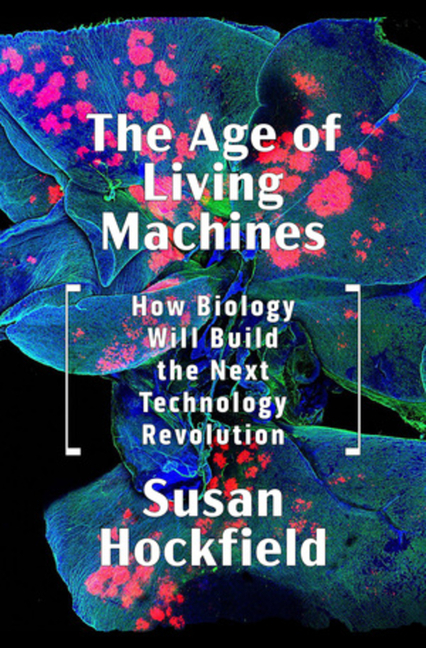 The Age of Living Machines: How Biology Will Build the Next Technology Revolution

From the former president of MIT, the story of the next technology revolution, and how it will change our lives.

A century ago, discoveries in physics came together with engineering to produce an array of astonishing new technologies: radios, telephones, televisions, aircraft, radar, nuclear power, computers, the Internet, and a host of still-evolving digital tools. These technologies so radically reshaped our world that we can no longer conceive of life without them.

Today, the world's population is projected to rise to well over 9.5 billion by 2050, and we are currently faced with the consequences of producing the energy that fuels, heats, and cools us. With temperatures and sea levels rising, and large portions of the globe plagued with drought, famine, and drug-resistant diseases, we need new technologies to tackle these problems.

But we are on the cusp of a new convergence, argues world-renowned neuroscientist Susan Hockfield, with discoveries in biology coming together with engineering to produce another array of almost inconceivable technologies--next-generation products that have the potential to be every bit as paradigm shifting as the twentieth century's digital wonders.

The Age of Living Machines describes some of the most exciting new developments and the scientists and engineers who helped create them. Virus-built batteries. Protein-based water filters. Cancer-detecting nanoparticles. Mind-reading bionic limbs. Computer-engineered crops. Together they highlight the promise of the technology revolution of the twenty-first century to overcome some of the greatest humanitarian, medical, and environmental challenges of our time.