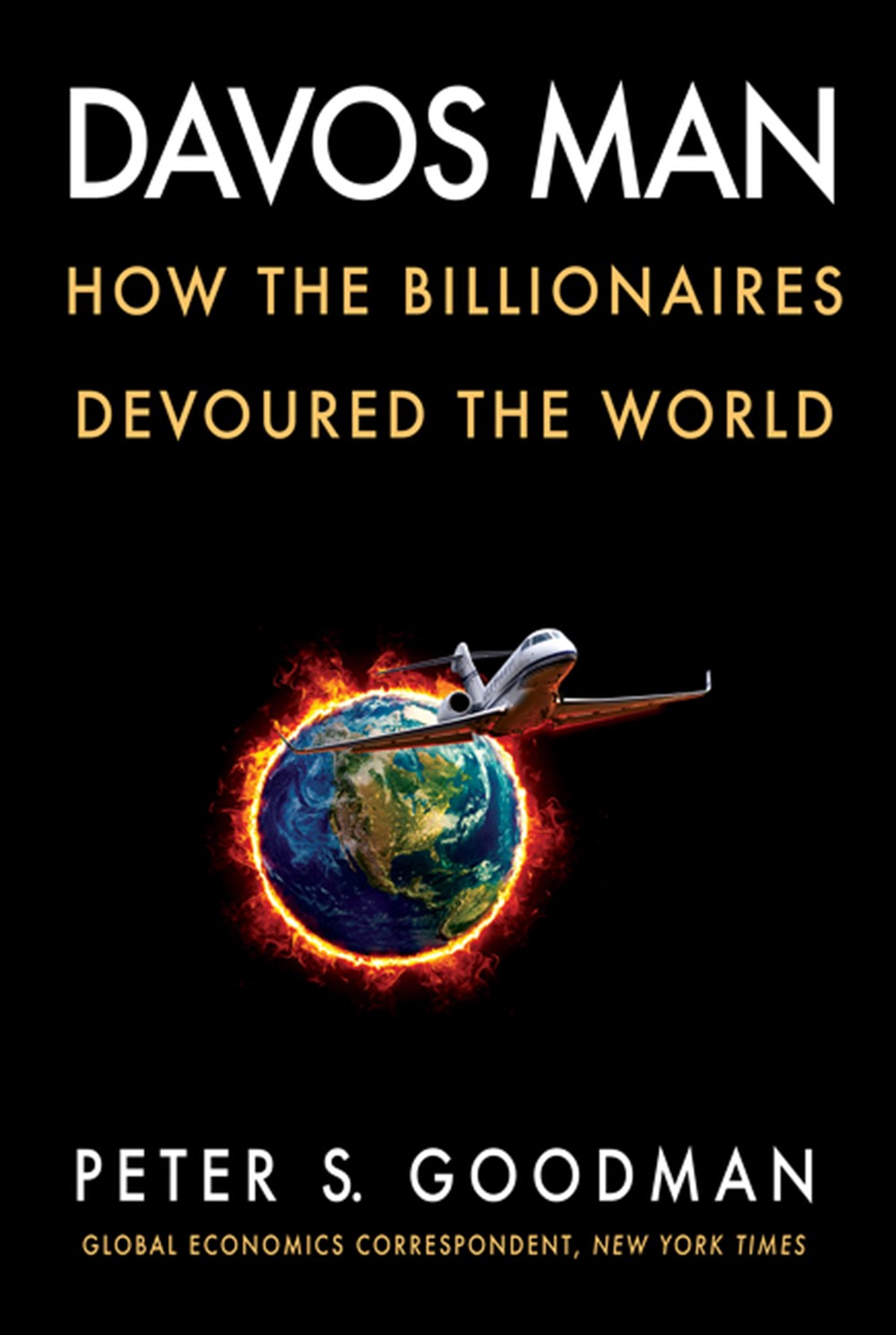 From the New York Times global economics correspondent, a rollicking and revelatory exposé of the global billionaire class who increasingly control the world.

Peter Goodman takes a close look at the robber barons of the modern era, explaining how they have grabbed the gains of globalization and profited off the pandemic, undermined working people, economic stability, and even our very democracy in the process. READ FULL DESCRIPTION

From the New York Times global economics correspondent, a rollicking and revelatory exposé of the global billionaire class who increasingly control the world. READ FULL DESCRIPTION

The term “Davos Man” was popularized over a decade ago, derived from the ultimate gathering in global capitalism: the World Economic Forum, which convenes every January in the Swiss Alps ski resort of Davos. Over the years, Davos Man has become shorthand for those who occupy the stratosphere of the globe-trotting class, the billionaires who effectively wield influence over the political sphere while advancing a notion that has captured decisive force across major economies: When the rules are organized around maximizing profits for corporations, everyone comes out ahead. Davos Men are a tribe who—at least on the most consequential issues—act together to protect their own interests, typically at the expense of everyone else.

In this groundbreaking book, Peter S. Goodman argues that the history of the last half-century in America, Europe, and other major economies is in large part the story of wealth flowing upward, as Davos Men emerged from the triumph of the Cold War to loot the peace, depriving governments of the resources needed to serve their people, and leaving them woefully unprepared for the worst pandemic in a century. Then Davos Men exploited the chaos of the public health emergency to redouble their position, strengthening their place in a global economic system that was already engineered to safeguard and advance their fortune.

Paying particular attention to key Davos Men, including Jeff Bezos, Steven Schwarzman, Jamie Dimon, and Richard Branson, Goodman explores how these billionaires have benefited from the pandemic, and how their actions have destabilized countries and increased inequality. Combining investigative journalism, historical background, and economic analysis, Davos Man seeks to provide clarity on a central question of this moment—how did we get here?—while also positing a solution to how we can move forward to address inequality, in the interest of finding a more stable and inclusive form of capitalism.