From an acclaimed Financial Times columnist and CNN analyst comes a penetrating indictment of how today's biggest tech companies are hijacking data, livelihoods, and people's minds.

Don't Be Evil: How Big Tech Betrayed Its Founding Principles—and All of Us

Every page of Rana Foroohar’s Don’t Be Evil is a revelation, a reinforcement for the ideas that have made our economy sustainable in the past, and have been largely discarded in the disruption Silicon Valley has spread throughout our economy. READ FULL DESCRIPTION

Don't Be Evil: The 2019 Porchlight Business Book of the Year

"For many years, the mantra echoing from Silicon Valley has been one of disruption. And disrupt they have, as Rana Foroohar well explores. With some of the finest business reporting and writing of the year, this year’s Porchlight Business Book Award winner thoroughly documents the results of that disruption." READ FULL DESCRIPTION

We are giving away all eight books on the 2019 Porchlight Business Book Awards shortlist to one lucky winner. READ FULL DESCRIPTION

We are proud to announce the shortlist for the 13th annual Porchlight Business Book Awards! READ FULL DESCRIPTION

A penetrating indictment of how today's largest tech companies are hijacking our data, our livelihoods, our social fabric, and our minds--from an acclaimed Financial Times columnist and CNN analyst

SHORTLISTED FOR THE PORCHLIGHT BUSINESS BOOK AWARD - NAMED ONE OF THE BEST BOOKS OF THE YEAR BY EVENING STANDARD "Don't be evil" was enshrined as Google's original corporate mantra back in its early days, when the company's cheerful logo still conveyed the utopian vision for a future in which technology would inevitably make the world better, safer, and more prosperous. Unfortunately, it's been quite a while since Google, or the majority of the Big Tech companies, lived up to this founding philosophy. Today, the utopia they sought to create is looking more dystopian than ever: from digital surveillance and the loss of privacy to the spreading of misinformation and hate speech to predatory algorithms targeting the weak and vulnerable to products that have been engineered to manipulate our desires. How did we get here? How did these once-scrappy and idealistic enterprises become rapacious monopolies with the power to corrupt our elections, co-opt all our data, and control the largest single chunk of corporate wealth--while evading all semblance of regulation and taxes? In Don't Be Evil, Financial Times global business columnist Rana Foroohar tells the story of how Big Tech lost its soul--and ate our lunch. Through her skilled reporting and unparalleled access--won through nearly thirty years covering business and technology--she shows the true extent to which behemoths like Google, Facebook, Apple, and Amazon are monetizing both our data and our attention, without us seeing a penny of those exorbitant profits. Finally, Foroohar lays out a plan for how we can resist, by creating a framework that fosters innovation while also protecting us from the dark side of digital technology. Praise for Don't Be Evil "At first sight, Don't Be Evil looks like it's doing for Google what muckraking journalist Ida Tarbell did for Standard Oil over a century ago. But this whip-smart, highly readable book's scope turns out to be much broader. Worried about the monopolistic tendencies of big tech? The addictive apps on your iPhone? The role Facebook played in Donald Trump's election? Foroohar will leave you even more worried, but a lot better informed."--Niall Ferguson, Milbank Family Senior Fellow at the Hoover Institution, Stanford, and author of The Square and the Tower 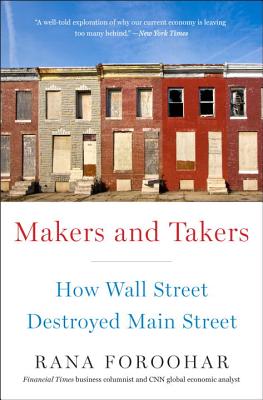 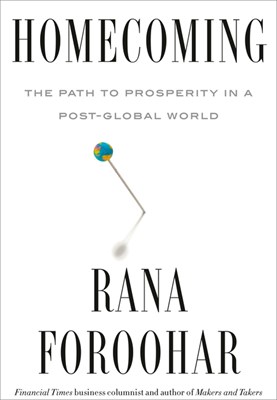 Homecoming: The Path to Prosperity in a Post-Global World 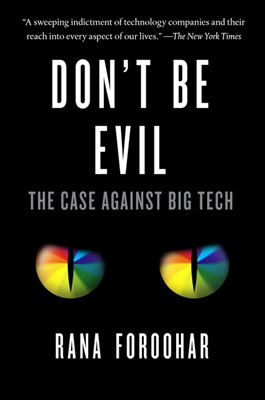 Don't Be Evil: The Case Against Big Tech