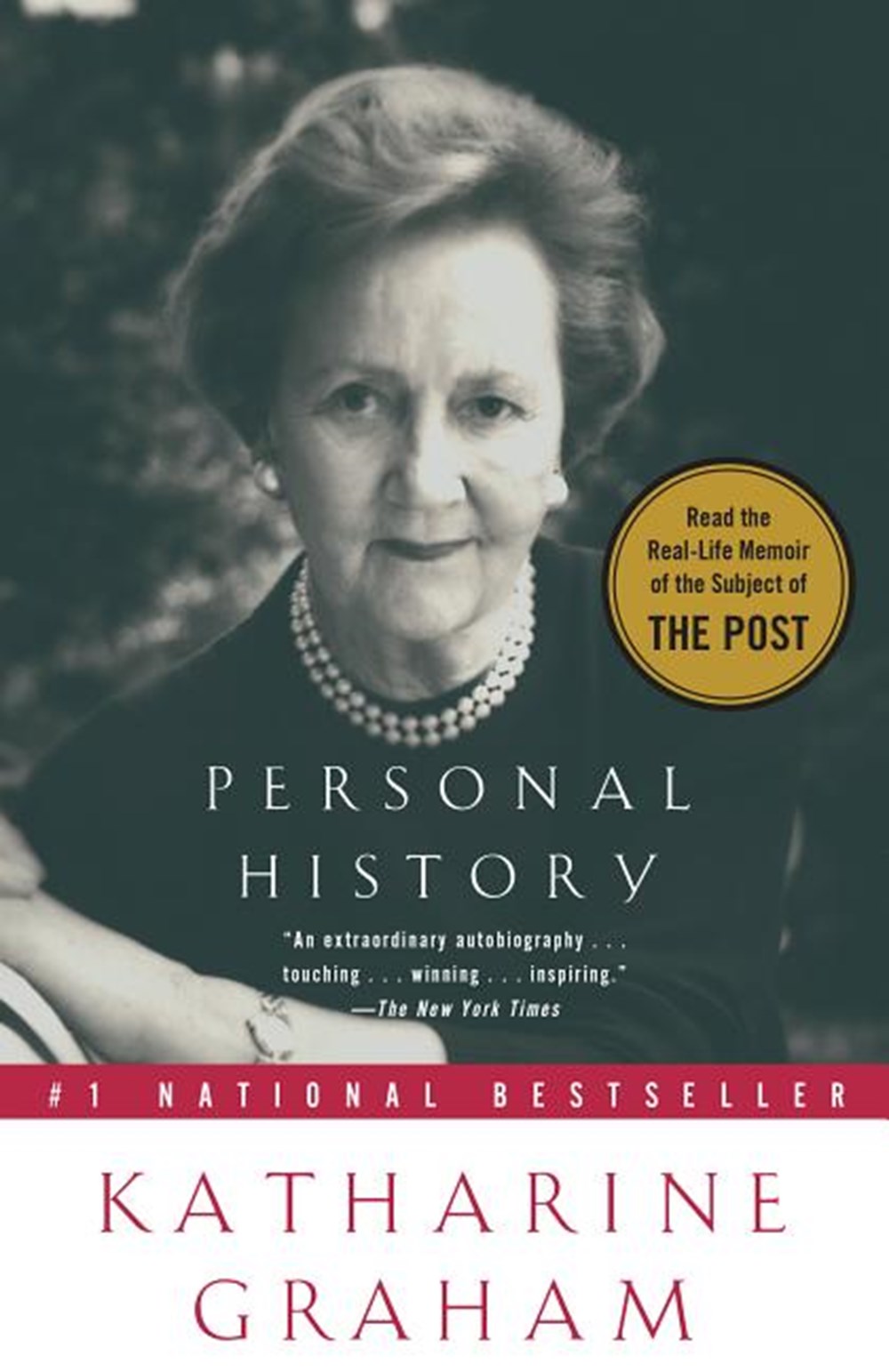 In this critically acclaimed memoir, the woman who piloted the "Washington Post" through the crises of the Pentagon Papers, Watergate, and a pressmen's strike and turned it into a great newspaper now tells her story with courage, candor, and dignity. "Captivating . . . distinguished by a level of introspection that ought to be . . . the touchstone of autobiography".--"Newsday".

While Dylan is relaxing on his honeymoon in Costa Rica, I'm going to take a stab at my version of Friday Links. Enjoy! There has been a lot of talk both online and around the water cooler about the New York Times article "Amazon Signs Up Authors, Writing Publishers Out of Deal" published earlier this week that made the bold statement: Amazon. READ FULL DESCRIPTION

We continue to give away as many of The 100 Best Business Books of All Time as we can get our hands on over on InBubbleWrap. This week we have Personal History, the autobiography of Katharine Graham, the amazing woman who ran The Washington Post from 1963 to 1991, and the first woman to run a newspaper of such national prominence. Jack reviewed the book for The 100 Best, and gives you a taste of what to expect in the video below. READ FULL DESCRIPTION

An extraordinarily frank, honest, and generous book by one of America's most famous and admired women -- a book that is, as its title suggests, both personal and history. It is the story of Graham's parents: the multi-millionaire father who left private business and government service to buy and restore the down-and-out "Washington Post"; the aggressive, formidable, self-absorbed mother, known in her time for her political and welfare work, and her passionate friendships with men such as Thomas Mann and Adlai Stevenson. It is the story of how "The Washington Post" struggled to succeed -- a fascinating and instructive business history told from the inside (the paper has been run by Graham herself, her father, her husband, and now her son). It is the story of Phil Graham -- Kay's brilliant, charismatic husband (he clerked for two Supreme Court justices), whose plunge into manic-depression and eventual suicide are movingly and charitably recounted. And, best of all, it is Kay Graham herself -- brought up in great wealth, yet understanding nothing of money; half Jewish, yet -- incredibly -- unaware of it; naive, awkward, yet intelligent and energetic, and married to a man she adored. How he fascinated and educated her, and then in his illness turned from her and abused her, destroying her confidence and her happiness, is a drama in itself, followed by the rarer drama of her new life as the head of a great newspaper and a great company -- a woman famous (and feared) in her own right. In other words, here is a life that came into its own with a vengeance -- a success story on every level.