It’s the beginning of “work from home” week seven here, and daily walks limited to my Milwaukee neighborhood have me daydreaming of all the far-off places I want to visit as soon as safely possible. Up this week is Italy. After being a professional chef in upscale London restaurants, Letitia Clark moved to the Italian island of Sardinia with her then-boyfriend and found herself in love with the simplicity of the cuisine. As the months went by, she shed her “restaurant food” past and dove headlong into the “home food” of this ancient island, where the habit to make food from scratch for one's family is still deeply in practice. Residents of the island exchange homemade bottles of wine and olive oil, just like I am passing homemade soups and breads over the fence with my neighbors these days. We are all Sardinians now.

The book is named for one of Sardinia’s most famous products—miele di corbezzolo, or honey from the strawberry tree, which only blooms for two months of the year, making the honey quite rare. In normal times, I would run over to Glorioso’s, my neighborhood Italian grocer, and pick up a jar of this magical elixir to try for myself, but the store has been shuttered since mid-March. I am left to imagine in my mind’s palate what a honey would taste like that is impossibly both bitter and sweet. Would I put it in my coffee? Would it be delicious on ricotta toast? I’m looking forward to finding out. In the meantime, I’ll be working my way through Clark’s recipes for Slow-cooked flat beans with tomato, pancetta and chilli; Pasta with butter to save and salve; Saffron, Orange and mascarpone risotto, and Olive oil ice cream with Seville orange zest. But even before that, I’ll grab a bottle of Cannonau wine and listen to the birds of Sardinia while I watch Clark make malloreddus pasta. “Recipe books are not just books of recipes. They are also chronicles of traditions, stories and memories.” What will be your food memories of this time? (BRM)

We’re all about simple pleasures right now, so this recipe for strawberry jam on Letitia Clark’s blog was a welcome distraction.

I can't imagine the story of The Compton Cowboys in the hands of anyone better than Walter Thompson-Hernandez who grew up in Southeast Los Angeles and "chose to disrupt [his] annual schoolwide Thanksgiving celebration in the third grade by jumping on a table and yelling that Christopher Columbus was a 'murderer' and killed thousands of indigenous people throughout the Americas." Further, he explains his complicated relationship to Compton as a kid who saw himself in the residents of the neighborhood as an attempt to connect with his absent African-American father's side of the family: "[I] didn't see the criminals that people in my community talked about. Instead, I saw my family."

Years later, the New York Times journalist profiles the lives and work of the ten men and women in the latest generation of the Compton Cowboys, who are not the only black horse riders in Los Angeles by the way. There's so much about urban cowboy culture and history I'm ignorant of, but I'll save that research for a different day. For now, I'm engrossing myself in contending with the current and chronic issues of gang violence, poverty, and racism that pervade Compton, and I'm savoring the glimmers of hope that horses can contribute to a city and its most disrespected residents. (GMC)

Featured on The Daily Show with Trevor Noah, watch this short video about The Compton Cowboys for an entertaining and humbling look at the group and their purpose.

Reimagining Capitalism in a World on Fire by Rebecca Henderson, PublicAffairs

I live in an American city, which means I live with and near a lot of people who lean to the left politically, which means that my Facebook feed has been full of people who have posted sentiments and memes about how “capitalism did this” during this pandemic. Which is fine. I get it. But it’s not exactly accurate. Or, if it is, we should also give it credit for pulling about a billion people out of poverty over the past 25 years. Or, maybe—as Rebecca Henderson writes in Reimagining Capitalism in a World on Fire it’s why the “fifty richest people … own more than the poorer half of humanity, while more than six billion live on less than $16 a day.” Our relationship status with capitalism is complicated, to say the least. That makes Henderson’s book essential. As she asks:

One of humanity’s greatest inventions, and the greatest source of prosperity the world has ever seen?

A menace on the verge of destroying the planet and destabilizing society?

It is, in short, a bit of—maybe a lot of—both. Henderson’s book is an indictment of the single-minded focus on shareholder value maximization we’ve operated our economy on for the past four decades (summed up by a brilliant cartoon that read “Yes, the planet got destroyed, but for a beautiful moment in time we created a lot of value for shareholders”) and a celebration of what business is really capable of. She insists that, “In its current incarnation, our focus on shareholder value maximization is an exceedingly dangerous idea, not just to the society and the planet, but also to the health of business itself,” but also that “if we decide to rebuild our institutions, build a completely circular economy and halt the damage we’re doing to the natural world, we can.” She takes on the three greatest challenges we face today—massive environmental degradation, economic inequality, and institutional collapse—in a way that provides much-needed hope amid this despair that we can do things differently. And what better time is there than now? (DJJS)

What’s Wrong with Economics?: A Primer for the Perplexed by Robert Skidelsky, Yale University Press

Robert Skidelsky’s new book came from his being “convinced that the cardinal fault of economics lies not in specific doctrines, but the methods it uses to reach its conclusions.” It is, in short, a refutation of traditional, neoclassical economics and its methodology, an argument against the still too widely held assumption that free markets are rational because human beings are rational, and against the finance-led globalization that has resulted from the belief that a self-regulated market is the ideal—or even really possible. It is an exploration of why that belief is untethered to reality, and how the field of economics can become whole again by abandoning its attempt to come up with universal laws that apply to any situation. It is about how economics become more relevant by retethering itself to the other social sciences instead of trying to trump them, and to consider the social and human context in which they are working mistaking the world for an economic model. Models are, of course, important, but they are never a substitute for our ever-changing reality, which requires intellectual flexibility rather than dogma. As Skidelsky writes of economics:

Specifically, it should abandon the attempt to ‘microfound’ macroeconomics—in other words, to insist that all general outcomes need to be explained in terms of the rational choices of individuals.

The economic possibilities of the moment we find ourselves in is tied to our history, but not necessarily defined by it. Most economists assume progress comes with a price, and that it is a price worth paying. What Skidelsky insists is that economic policy needs to consider morality as much as it considers efficiency, that it redefines what constitutes progress in more human terms. Disagreeing with how his ideas were being implemented politically, Karl Marx once quipped that “what is certain is that I myself am not a Marxist.” If economists today can get on board with that intellectual flexibility, and consider the context and the human cost of what has long been considered progress, we have a shot at a more humane economy coming out of this economic shutdown. (DJJS)

Robert Skidelsky gives a 15 minute lecture on methodology in economics in this engaging video from the Institute for New Economic Thinking.

Wisdom from a Humble Jellyfish: And Other Self-Care Rituals from Nature by Rani Shah, Dey Street

Two pages into the introduction, this definition is printed in a large serif font: "self-care: the practice of taking action to preserve or improve one's own health." I appreciated this callout quote for its simplicity and effectiveness in convincing me that Wisdom from a Humble Jellyfish isn't the quirky little coffee table picturebook it looked like at first glance. As someone who scrolls through social media regularly (for work and my personal life), it's difficult to remember that self-care goes beyond buying a certain brand of bath bomb or eating an extra gluten-free slice of pie. Author Rani Shah asserts that "Self-care, in a modern sense, is all about balance."

The book demonstrates this balance perfectly, revealing how the characteristics and adaptations of animals and other creatures can give us humans insight to conquering our own problems like pessimism, overworking, imposter syndrome, and much more.

A chapter that's especially timely is "The Bird" which features a section titled "We're All in This Together." Shah writes:

Whether it's getting set up on a blind date or wondering how to land that promotion, the first step in achieving your goal is acknowledging that you may need help and knowing that there's nothing abnormal about it. As one of the most social animals in the natural world, the human species has been built on teamwork: working together for one another.

This is a nice reminder that while we're separated physically, we can still put our innovative brains to use to redefine how we collaborate and what we collaborate on. When you realize we're all problem-solving right now, redefining the new normal, it makes it a lot easier to empathize and work together. (GMC)

This interview with Rani Shah reveals her passionate and convincing argument for science and self-care going hand in hand. 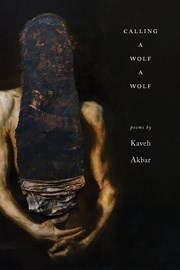 "I'm currently reading Calling A Wolf A Wolf by Kaveh Akbar. This collection of poems reads like an old friend; a voice that's familiar. Each poem is carefully stitched together with meter and language that reads beautifully. I've been reading each poem more than once and I've found that each time, a new line finds a way to jump off the page and tug at a feeling in my chest that I didn't expect. Akbar's poetry is laced with a type of vulnerable humanity that is both comforting and difficult to swallow. I'm finding that it's the perfect work of art to reach for during a time like this.. —Lauren Kohlenberg, Digital Support Specialist 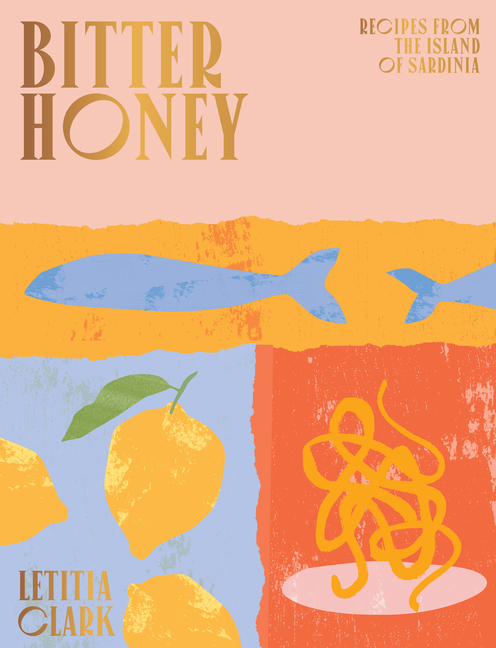 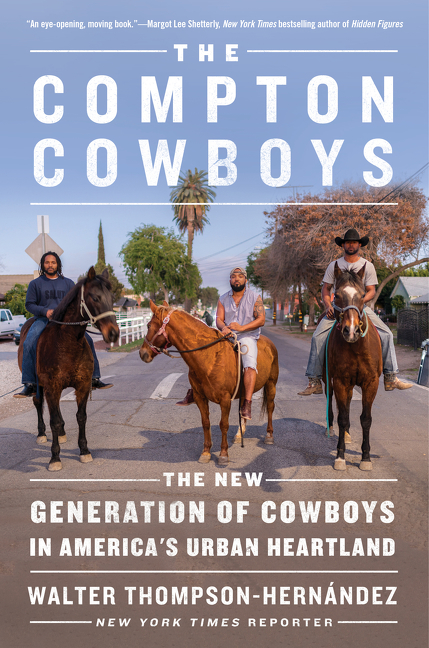 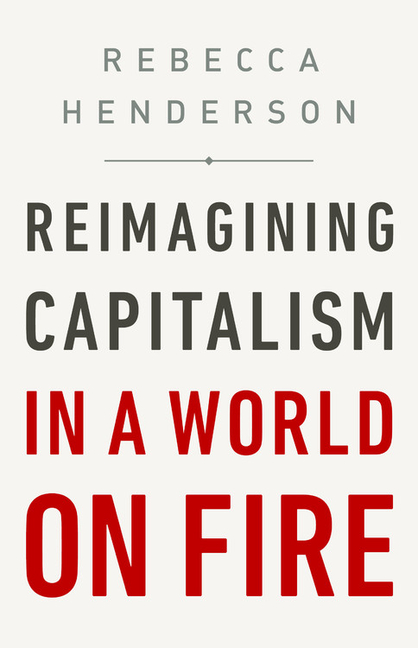 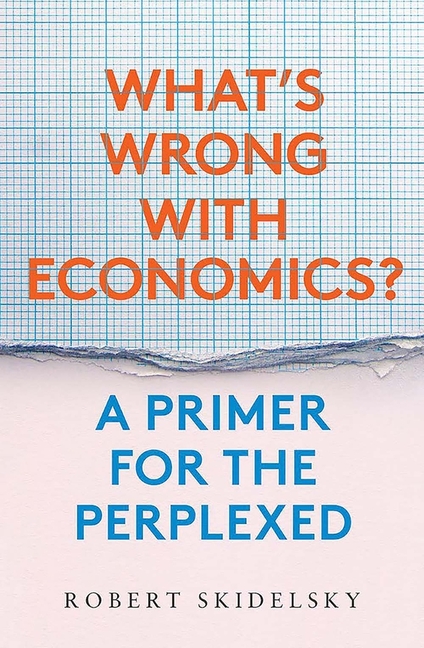 What's Wrong with Economics?: A Primer for the Perplexed 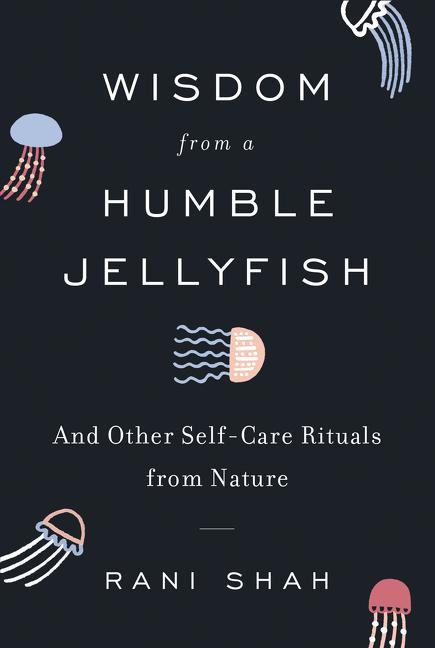 Wisdom from a Humble Jellyfish: And Other Self-Care Rituals from Nature

Calling a Wolf a Wolf