All We Can Save: Truth, Courage, and Solutions for the Climate Crisis by Ayana Elizabeth Johnson & Katharine K. Wilkinson, One World

Learning to listen rather than speak is an essential skill and a difficult one for many. It's a bit of a coping mechanism to continue filling one's head with obstinate thoughts, not taking a minute to listen to and understand other perspectives. There's fear involved, the instinct of self-preservation in the face of uncertainty: racial inequality, gender inequality, climate change… life would be easier for those in power if they just ignore those issues.

In All We Can Save, marine biologist Ayana Elizabeth and author Katharine K. Wilkinson have collected essays and free verse that highlight the perspectives of women who demonstrate how they are not the only ones affected by the patriarchy:

The same patriarchal power structure that oppresses and exploits girls, women, and nonbinary folks (and constricts and contorts boys and men), also wreaks destruction on the natural world. Supremacy, violence, extraction, egotism, greed, ruthless competition—these hallmarks of patriarchy fuel the climate crisis just as sure as they do misogyny, racism, and inequality. The harms of toxic masculinity, a zero sum game, are chronic, cumulative, and fundamentally planetary.

The essays incite action together, valuing the collective movement over competition and control.

As the saying goes, to change everything, we need everyone.

All We Can Save reminds us of the beautiful diversity of our earth and its inhabitants, and it makes scientific research on climate change something you won't want to turn away from. Reading this book is a way of being guided by Indigenous Peoples' deep understanding of ecosystems, the government-minded work of a climate policy advisor, the daily concerns of those living along the coasts, and many many more. It's the perfect reminder of how humankind's diversity can be seen, listened to, supported, and used to improve life for us all. (GMC)

Right now, anyone of any age could testify to being burnt out. In Can’t Even, journalist Anne Helen Peterson focuses on the impact of burnout on millenials, a generation of 23-39 year olds who have yet to reach financial security.

So many of us live under storms of debt threatening to swallow us up at any moment. We're exhausted by the labor of trying to maintain some sort of equilibrium: for our kids, in our relationships, in our financial lives. We've been conditioned to precarity.

At this point in our young lives, we millennials aren't very surprised by job insecurity and debt. And while the country is also coming to terms with the false histories of America and its unmet promises of equal opportunity, Can't Even provides much-needed explanations on why "it's not just the American Dream that's broken; it's America." I believe many others will relate to the almost impulsive or uncontrollable urge to always be busy, working hard to achieve something and anything. And if quarantine hasn't already made you aware of those things, Can't Even will do just that as well as exploring the burnout of the generation that raised us, the educational system that made us so competitive, the technology that imprisons us, and more. (GMC)

Positive psychology sometimes gets a bad rap. And it can become downright Panglossian, even dangerous, when we refuse to acknowledge our own errors or weaknesses, when we deny reality and believe we can wish something to be true if we simply believe it to be true. But, when based in reality, when seeing clearly and focusing on what is truly great—even exceptional—within us, and in others, and in the world, and building upon it, there is real power in it. Daniel M. Cable has experienced this in his own life and found evidence for it in his own and others’ professional research.

When acknowledged and expressed, what is best in us is transformational. Positivity, it turns out, has a real impact on our very brains and bodies, and on the world we help create around us. It is actually overwhelming—both the proof of positivity’s effectiveness, and the emotional effect it has when expressed. Which is perhaps why most of us don’t express it fully more often. We have been socially and culturally conditioned in ways that make it emotional and awkward—at best a little uncomfortable—to hear or say out loud what we believe is best about ourselves or each other, so it is left unsaid:

We need to get past that awkwardness. At a time he needed it most personally, Cable found the work of pioneers like Martin Seligman and Laura Morgan Roberts. Professionally, as a professor of organizational behavior, he built his “positive method” along the academic trail they blazed—based in evidence of its influence rather than on wishful thinking. In his new book, Cable teaches us how to build our own “personal highlight reel” to ground ourselves in our potential, in what is exceptional about us, and use it to build an even better life.

Most of us are stronger, and have more potential and more to offer, than we ever imagine. If we acknowledge that reality, we can build a better one for ourselves and others. (DJJS)

Zconomy: How Gen Z Will Change the Future of Business—And What to Do about It by Dr. Denise Villa and Jason Dorsey, Harper Business

The kids these days, amiright? I mean… how great are they? I cannot imagine emerging into adulthood in times like these, but if any generation can survive and come out okay on the other side, I think it may just be the youth of today. The kids are alright, as they say. It is the world they are inheriting that is not.

But one could argue that Greta Thunberg is already the leading voice on climate, that the students who survived the mass shooting at Marjory Stoneman Douglas Highschool have done more to shift views on gun control than any movement before them. They are already having a profound impact. As the authors write of Gen Z:

They are connected to the world, and each other, across continents and across town using technology that for them has always been available. They have strong and vocal opinions about social issues from student loan debt and gun control to equality and climate change. And for the first time in history, digital media has given a generation this young the power to instantly bolster (or derail) global brands, become activists, and influence how companies do business—sometimes with a single tweet, post, or cell phone video.

Rather than gathering condescending, stereotypical anecdotes about their behavior, Dr. Denise Villa and Jason Dorsey have been studying younger generations and building accurate data and research insights into them for a decade. According to their research, for example, you’ll learn mundane yet mind-blowing statistics like how “12% of Gen Z is already saving for retirement.” It can feel a little creepy to read about younger people in consumer terms, but studying them and what shaped them, offering suggestions for how to adapt to their presence and lead them in the workplace, and even how to most effectively market and sell your products and services to them honors them more than the usual stereotypes we’re offered. What it offers instead is an opportunity to improve the work we do together, and perhaps the world as we do it. (DJJS) 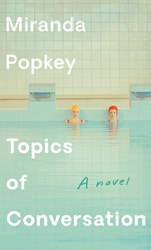 “I recently enjoyed Topics of Conversation by Miranda Popkey. The title is cleverly suggestive not just of the content, but also Popkey's style throughout the book.” 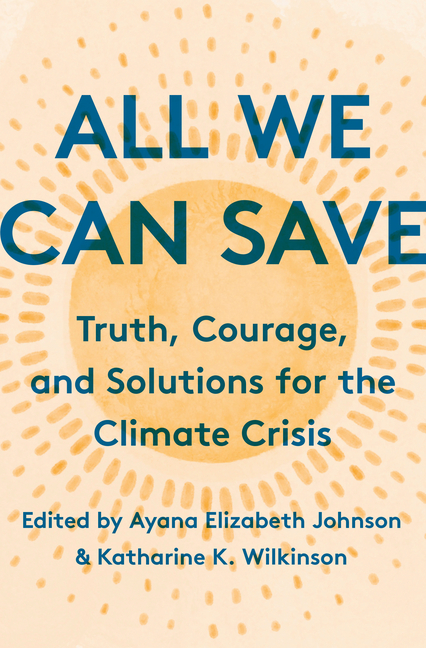 All We Can Save: Truth, Courage, and Solutions for the Climate Crisis 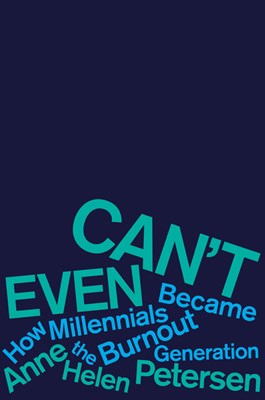 Can't Even: How Millennials Became the Burnout Generation 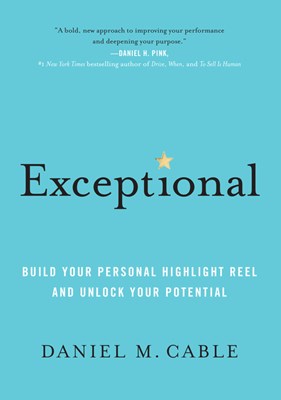 Exceptional: Build Your Personal Highlight Reel and Unlock Your Potential 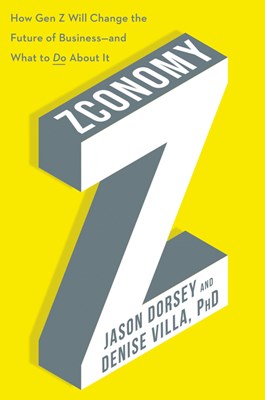 Zconomy: How Gen Z Will Change the Future of Business--And What to Do about It 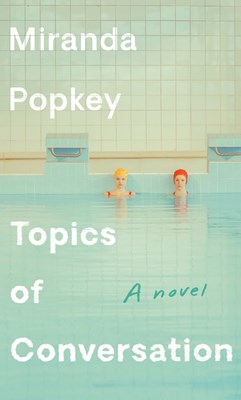