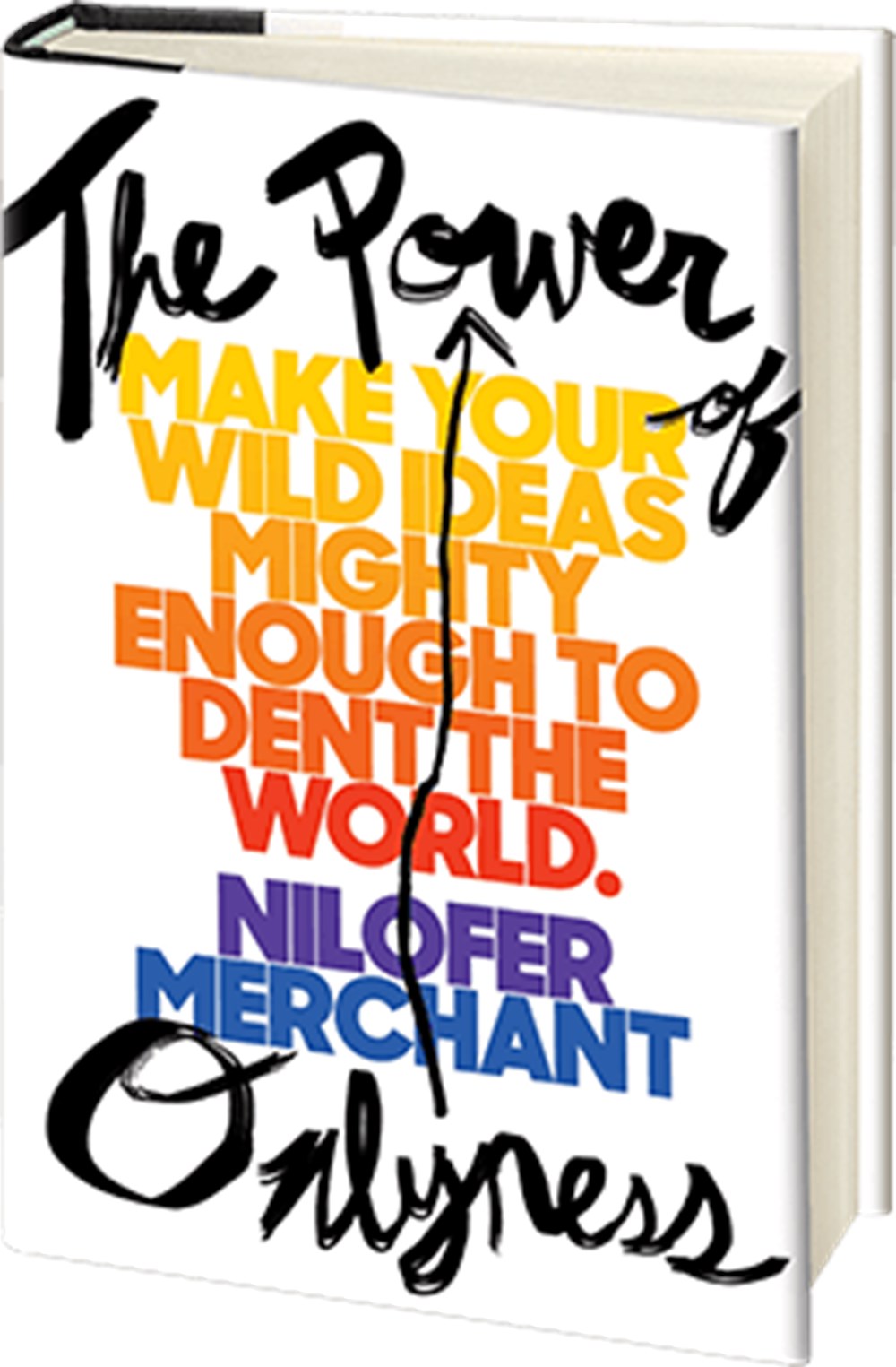 The Power of Onlyness: Make Your Wild Ideas Mighty Enough to Dent the World

"If you're like most people, you wish you had the ability to make a difference, but you don't have the credentials or a seat at the table, or can't get past the gatekeepers, or aren't high enough in any hierarchy to get your ideas heard. . . [Merchant believes] that, in fact, we have now reached an unprecedented moment of opportunity for your ideas to make a dent on the world.

Why We Still Haven’t Found What We’re Looking For

Mount Mary University invited Nilofer Merchant to give a leadership talk on Onlyness and its relationship to the 100th anniversary of Suffrage. This essay serves as that glance backward to inform a manifesto, a future vision worthy of us all. READ FULL DESCRIPTION

Inside the Longlist: The Best Big Ideas & New Perspectives Books of 2017

Wrapping up our look inside the books on our 2017 awards longlist, we take a peek at the books in the Big Ideas & New Perspectives category. READ FULL DESCRIPTION

The Power of Onlyness: Make Your Wild Ideas Mighty Enough to Dent the World

Nilofer Merchant’s message is so critical now, calling us to identify what is good in ourselves and to connect with what is good in others so that, together, we can dent the world.   READ FULL DESCRIPTION

Business Books to Watch in August

These are the books we'll have our eyes on in August. READ FULL DESCRIPTION

An 800-CEO-READ Staff Pick
Shortlisted for the Thinkers50 Breakthrough Idea Award
A Financial Times Business Book of the Month "For any would-be activists who hear the voice: 'not me' or 'not now, ' Merchant makes the strong case for 'yes you' and 'yes now'--and even shows you how to jump in." --Van Jones, host of CNN's The Messy Truth, author of Rebuild the Dream and The Green Collar Economy

"The Power of Onlyness is a book for our times. . . . Merchant forces us to dig deep, into the book and ourselves, and it goes beyond self-knowledge and self-empowerment, obliterating the fear of otherness with an understanding of the onlyness of us all." --Sally Haldorson, 800-CEO-READ An innovation expert illuminates why your power to make a difference is no longer bound by your status If you're like most people, you wish you had the ability to make a difference, but you don't have the credentials, or a seat at the table, can't get past the gatekeepers, and aren't high enough in any hierarchy to get your ideas heard. In The Power of Onlyness, Nilofer Merchant, one of the world's top-ranked business thinkers, reveals that, in fact, we have now reached an unprecedented moment of opportunity for your ideas to "make a dent" on the world. Now that the Internet has liberated ideas to spread through networks instead of hierarchies, power is no longer determined by your status, but by "onlyness"--that spot in the world only you stand in, a function of your distinct history and experiences, visions and hopes. If you build upon your signature ingredient of purpose and connect with those who are equally passionate, you have a lever by which to move the world. This new ability is already within your grasp, but to command it, you need to know how to meaningfully mobilize others around your ideas. Through inspirational and instructive stories, Merchant reveals proven strategies to unleash the centrifugal force of a new idea, no matter how weird or wild it may seem. Imagine how much better the world could be if every idea could have its shot, not just the ones that come from expected people and places. Which long-intractable problems would we solve, what new levels of creativity would be unlocked, and who might innovate a breakthrough that could benefit ourselves, our communities, and especially our economy. This limitless potential of onlyness has already been recognized by Thinkers 50, the Oscars of management, which cited it one of the five ideas that will shape business for next twenty years. Why do some individuals make scalable impact with their ideas, regardless of their power or status? The Power of Onlyness unravels this mystery for the first time so that anyone can make a dent. Even you.

Nilofer Merchant is the author of two previous books and is ranked by Thinkers50 as one of the world's leading thinkers. She has personally launched more than 100 products, netting $18B in sales, has worked for companies ranging from Apple to Autodesk and advises many others.

The New How [Paperback]: Creating Business Solutions Through Collaborative Strategy