Change from the Inside Out: Making You, Your Team, and Your Organization Change-Capable by Erika Andersen, Berrett-Koehler

Throughout most of human history, our day-to-day lives didn’t differ that much from our parents’ lives. Indeed, if we were born in almost any other era, our lives would have looked a lot like our great, great, great, great (and you can keep going) grandparents’ lives. But ever since the dawn of the industrial revolution, and the upheavals it brought to the way we live and work, each generation has experienced a new round of profound change. Just a generation or two ago, though, we still had at least a little time between major changes to adjust, to find a new “normal” and a sense of stability before the next major change. Erika Andersen writes of how:

We generally had time, back then, to get our minds and our habits completely adjusted to a change before it changed again.

We now live in a world that does not wait for us to catch up—or even catch a breath. We must find our footing on ever-shifting ground.

Andersen started her company, Proteus, in 1990 to help clients change their business—to help them “clarify and move toward their hoped-for future”—but she and her team have found over the past decade that this work increasingly involves helping them understand the tsunami of changes confronting them, and the very nature of change itself. Change is no longer something we can adjust to, but that we must learn to evolve with. Change efforts need to cease being seen as initiatives of higher ups and become something that we all help initiate, involve ourselves in, and institute. Organizational leaders need to be well-versed in how to orchestrate ongoing change movements, but change itself must become a capability everyone has as individuals, and that is built into our teams and companies. Because of this, Andersen has designed her new book to be “practically useful, not just theoretically interesting,” based on the weight of her experience doing the work on the ground for three decades now. Because she is a gifted storyteller, she imparts that usefulness in an entertaining way, but it all comes down to what is immediately actionable—and in that sense Change from the Inside Out is action-packed. (DJJS)

The Electricity of Every Living Thing: A Women’s Walk in the Wild to Find Her Way Home by Katherine May, Melville House

Katherine May decided to trek the South West Coast Path in lieu of celebrating her 38th birthday with friends after coming to the realization that she might be autistic. Taking a break from the duties of motherhood and career, she begins walking the 630-mile trail to find comfort andtry  to understand why she has always found certain things harder than others. Through this soul-searching, May begins to unravel why she recoils from or has to prepare herself for touch, why it is she has had a difficult time coping with motherhood and juggling her everyday, and why it feels like there is, well, electricity in every living thing—which, for her, is uncomfortable. May describes running into a large, loud group on the trail:

People carry electricity for me; they have a current that surges around my body until I’m exhausted. It’s hard to pinpoint what it is, exactly; something about their noise, their unruly movement, the unpredictable demands they might make on me. It makes the air feel thick, like humanity has...not a scent, but a texture. It makes me feel like I can’t breathe. I had come to the woods to escape that, and yet here it was, following me.

The author of Wintering, which Porchilght named the best Personal Development & Human Behavior book of 2020, May has again written a book that everyone can relate to, even if we don’t share the same struggles. We walk with her as she relives moments of her past and relates her thoughts to us as if speaking to an old friend. She grapples with the idea that she may be autistic and what that may mean in her life, causing her to look at her past with a gentler lens than before. The Electricity of Every Living Thing is easy to devour, an incredibly raw and heartfelt story of one woman's wondrous journey of self-discovery. (EPP)

The Minimalist Entrepreneur: How Great Founders Do More with Less by Sahil Lavingia, Portfolio

The rhetoric around entrepreneurship has been rather hyperbolic for quite some time now. So much of it has been about changing the world, putting a dent in the universe, the need to think about and solve big human problems by starting a business. Meanwhile, the Silicon Valley culture that spawned such high-minded rhetoric has produced plenty of behemoth companies that really have changed the world so much (in a way most of us aren’t convinced has been at all for the better) that it’s probably time to dial it back a bit—not only the language we use but the predominant business model that surrounds it. Maybe it’s time for a more minimalist entrepreneur movement. It is a phrase coined by Sahil Lavingia, though until he named it in his new book, it is not a term he would have applied to himself:

It is unfortunate that this kind of thinking is even considered unusual in some spheres, but the very definition of an entrepreneur has become so tangled up in the narrative of individuals attempting to build Silicon Valley unicorns that the very basics of business—like being profitable—are often seen as an anachronism. So we can bemoan that a book like this is needed, but it clearly is. The mindset shift it offers will be helpful to many. And even for aspiring entrepreneurs who are already like-minded, it is a manual that will prove useful in getting off the ground and staying focused on what matters most. It profiles many others who have taken this path, and while VidaliaOnions.com may never grace the front pages of the business pages, people like founder Peter Askew are building businesses and a community of passionate customers by focusing on serving them rather than investors. The book is a great reminder that you have a choice in what kind of business you want to build, and gives you many of the tools you need to build it. (DJJS)

Nick Hunt is an exceptionally perceptive observer, his new book Outlandish showing how a careful eye and astute knowledge of the natural world and the origins of each of its elements leads to a deeper felt existence and connection to our planet.

In the book, Hunt walks through four distinct landscapes—Scotland's Arctic, Poland's Jungle, Spain's Desert, and Hungary's Steppe—sharing what he sees, hears, and feels as he discovers the beauty of the exotic worlds close to home. Maybe adventurousness runs in the family, since Hunt's great-uncle was John Hunt, the leader of the first successful expedition to Mount Everest. But what distinguishes Hunt’s latest travels from his great uncle’s is, simply, the many years between them. That is, the many years that humans have spent not doing more to prevent glaciers from melting and creating ice avalanches has redefined the experience of travel.

Exploring nature now is nothing at all like it was in 1953. Besides the improved navigational tools and more accessible information, it is also heavier on one’s conscience nowadays to consider the ways that travels lend to the environment’s degeneration. This is why Hunt decides to explore areas within Europe, only a train ride away versus a plane ride, which has been cited to cause as much CO2 in one flight as one person does in a whole year.

The most immersive aspect of Hunt’s writing is his unpacking of the many layers of history that surround him on his journeys, transitioning smoothly from his viewpoint in-the-moment to a much wider perspective temporally. The grandiose world-building of fantasy novels has nothing on the world-exposing stories of Outlandish. 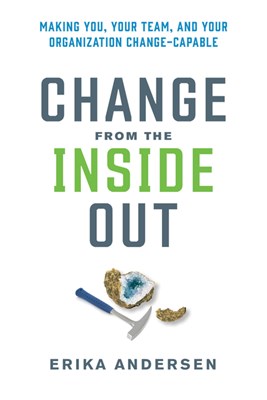 Change from the Inside Out: Making You, Your Team, and Your Organization Change-Capable 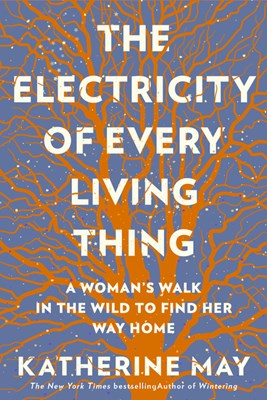 The Electricity of Every Living Thing: A Woman's Walk in the Wild to Find Her Way Home